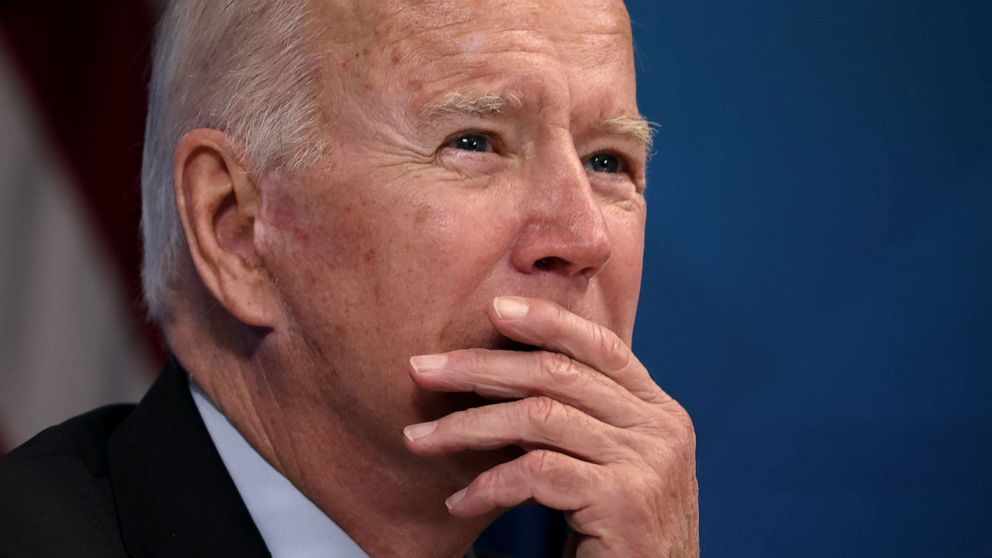 Three days after the 9/11 attacks — just two weeks shy of 20 years ago — then-President George W. Bush prepared the nation for an arduous war on terror and asserted that while “this conflict was begun on the timing and terms of others, it will end in a way and at an hour of our choosing.”

The hour for the long war in Afghanistan to end arrived, based on timing chosen ultimately and fatefully by President Joe Biden. But the way it ended was not the way anyone would have selected — and offers glimpses of the substantial challenges ahead for Biden and the nation.

While U.S. troops are now out of Afghanistan, hundreds of Americans and countless Afghan allies were left behind. Any efforts to extricate them comes as Afghanistan is expected to be plunged into political and security turmoil, with terrorists warring with insurgents for dominance and unknown quantities of American military equipment left behind.

“There’s a lot of heartbreak associated with this departure. We did not get out everybody we wanted to get out,” U.S. Central Command commander Gen. Kenneth McKenzie told ABC News’ Luis Martinez at Monday’s press briefing to announce the removal of all U.S. troops.

The toll of the war and its ending comes in lives lost, money wasted and costs to America’s standing in the world. That extends to Biden — whose leadership has worried political allies as he managed end stages that have been at times horrific and humiliating.

Asked what responsibility the president bears for the events of the last few weeks, White House press secretary Jen Psaki said Monday: “The buck stops with the president.”

Yet it was striking to see not Biden but military and diplomatic leaders make the final announcements, with the president choosing to make his remarks Tuesday — a full day after the troop withdrawal was completed. Among the lasting images of the war’s conclusion will be that absence, with so much work left to be done.

The battle over how states approach mask mandates in schools reached new heights on Monday as the Department of Education announced plans to launch civil rights investigations directed at indoor masking bans in Iowa, Oklahoma, South Carolina, Tennessee and Utah.

The investigations allege that the Republican governors of those states are creating an unsafe learning environment for students with disabilities who are at a greater risk of becoming seriously ill from contracting COVID-19.

“We believe that the ban on local control to decide how to safely reopen schools does put students at risk, so we’re going to investigate that,” Education Secretary Miguel Cardona told ABC News Senior National Correspondent Terry Moran, while adding that the move stems from Biden urging officials to “use every tool in our toolbox” to make school reopenings safe.

Although Cardona insists that officials on both sides of the aisle “need to keep politics out of (pandemic school safety),” the moves by the federal government are opening the door for further partisan divides. Iowa Gov. Kim Reynolds alleged the investigations are meant to “distract” from the president’s “own failures,” while Oklahoma Gov. Kevin Stitt’s director of communications said the reviews are “harassing states.”

Some states where political tensions are particularly high aren’t included in the Education Department’s review. As reported by ABC News’ Anne Flaherty, Florida, Texas, Arkansas and Arizona are not facing similar investigations “because those states’ bans on universal indoor masking are not currently being enforced as a result of court orders or other state actions.”

With exactly two weeks until polls close in the California recall election, Gov. Gavin Newsom is recruiting big names to stump for him.

Vermont Sen. Bernie Sanders, who dominated the Golden State’s Democratic primary in 2020, is on the air encouraging voters to vote no on the ballot’s first question: whether they’d like to recall Newsom.

According to Monday’s data from the Secretary of State’s office, just over 3.2 million Californians have returned their ballots, out of 22 million. According information on Saturday from Political Data Inc., a California political firm that works with campaigns, 18-34 year olds make up the largest age group of the voting population at over 6.1 million voters, and have the lowest ballot return rate of any age group so far, at 7%. The over 5 million voters who are 65+ and who lead ballot returns so far, are returning their ballots at a rate of 29%.

FiveThirtyEight’s Politics Podcast. Following a chaotic evacuation, all U.S. troops have withdrawn from Afghanistan as of Monday. In this installment of the FiveThirtyEight Politics podcast, Stanford University history professor Robert Crews joins the crew to talk about the history of the Taliban and the current political landscape in Afghanistan. They also discuss how Americans are responding to the Biden administration’s handling of the end of the war, other factors driving criticism of the president from both parties, and whether this will affect the Democratic agenda going forward. https://53eig.ht/3zvbph1