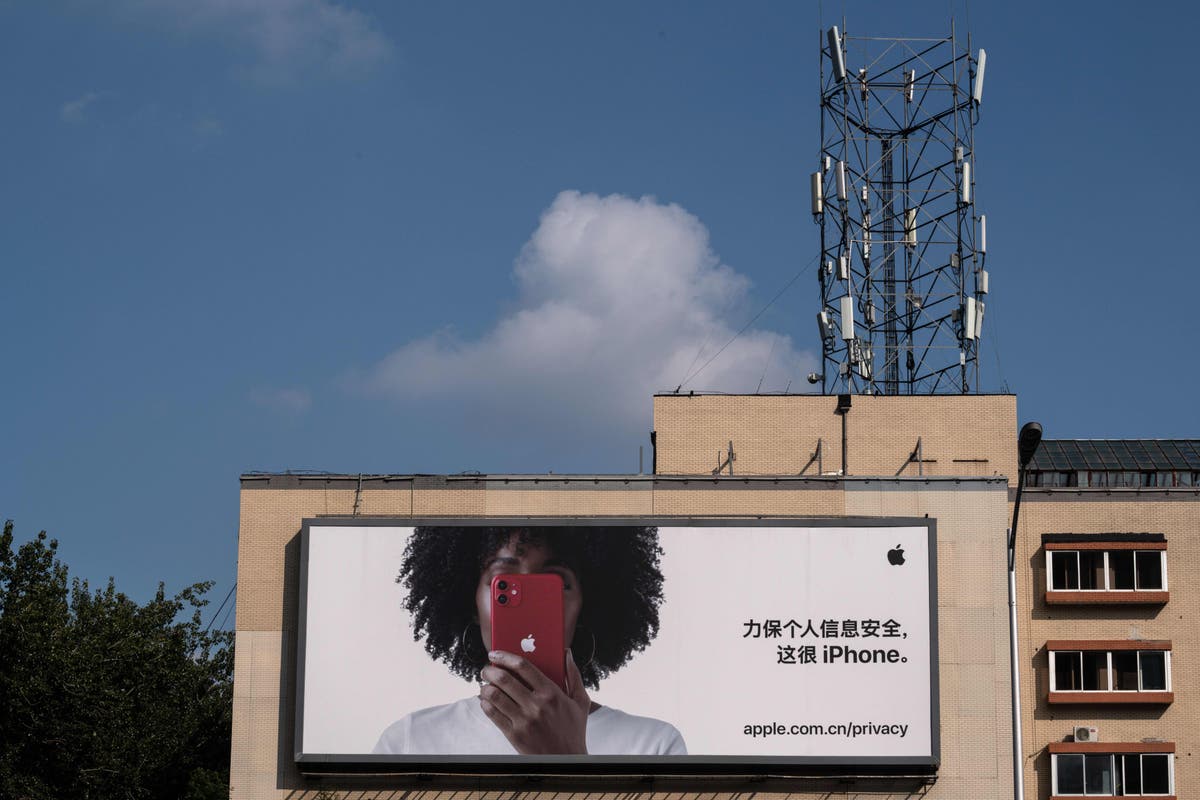 Apple appears to be censoring the messages people can get inscribed on their new iPhones, AirPods and MacBooks in China, removing references to the country’s leadership and political system as well as terms related to religion and human rights, according to a new report.

Researchers from Citizen Lab – an interdisciplinary research group based out of the University of Toronto which works at the intersection of technology and human rights – analysed Apple’s content control of its product engravings.

The engraving service is a feature the tech giant provides when ordering some of its products to print messages on their exteriors such as names, initials, phone numbers or a favourite emoji.

The investigation found that Apple’s content censorship for its engraving services applied not just in mainland China but also “bleeds into both Hong Kong and Taiwan”.

While many of the over 1,100 keyword filtering rules relate to offensive content such as racist or sexual words, the Citizen Lab report claims some of these are not born out of Apple’s own processes, but “seem to have been thoughtlessly reappropriated from other sources”.

Across all six regions we analyzed, we found that Apple’s content moderation practices pertaining to derogatory, racist, or sexual content are inconsistently applied and that Apple’s public-facing documents failed to explain how it derives their keyword lists.

The researchers say Apple’s ban on engraving some words and phrases exceeds the company’s legal obligations in Hong Kong, adding that there is no known legal justification for its political censorship of content in Taiwan.

In its reply to Citizen Lab, Apple said its choice of words to be censored stemmed from guidelines to ensure local laws and customs were respected.

“We try to not allow requests which could represent trademark or intellectual property violations, are vulgar or culturally insensitive, could be construed as inciting violence, or would be considered illegal according to local laws, rules, and regulations of the countries and regions where we personalise and where we ship,” Apple’s chief privacy officer Jane Horwath noted in the response.

However, the report alleges that the tech giant does not fully understand its own criteria for banning such words.

“Rather than each censored keyword being born of careful consideration, many seem to have been thoughtlessly reappropriated from other sources,” the Citizen Lab report noted.

Citing one example, the report says that “while offensive language such as “S***” or “F***” are filtered, “NAZI” is allowed to be engraved on Apple products.”

According to the report, Apple has also restricted certain mainland Chinese political words from appearing on its products in Hong Kong or mainland China.

These names, the report alleges, may have been copied from a list found to have also been used to censor products from a Chinese company.

We present evidence that Apple does not fully understand what content they censor and that, rather than each censored keyword being born of careful consideration, many seem to have been thoughtlessly reappropriated from other sources.

Reviewing legal documents on Apple’s websites, Citizen Lab said it did not find any public-facing policy documents explaining or regulating what users can or cannot engrave on Apple products.

For instance, the investigation mentions the case of a Hong Kong resident going by the alias “Mr Chen” who had reportedly requested to have the phrase “liberate HKERS” engraved on an Apple product.

Although Apple’s automatic keyword filtering did not censor the phrase, according to the report, an Apple employee later contacted Mr Chen, saying that the “higher-ups did not approve” of the message.

The employee insisted that communication occur over the phone, and would not correspond over email since “they did not want it written down in black and white,” the report says, quoting Mr Chen.

“Such product customisations have a history of being used for political expression, as well as being subject to political censorship exceeding that required by companies’ public policies,” Citizen Lab noted.

The report also claims that the Taiwan filtering rules are a “strict subset” of the Hong Kong filtering rules, which are a subset of the rules followed in mainland China.

Based on the analysis, the researchers say that in the Chinese market at least, Apple’s compliance may have exceeded that required by local laws and regulations – “a sharp contrast to Apple’s reputation and relationships with law enforcement in the United States”.

”A clear, consistent, and transparent set of guidelines explaining why and how the company moderates content is therefore urgently needed,” the report concludes.