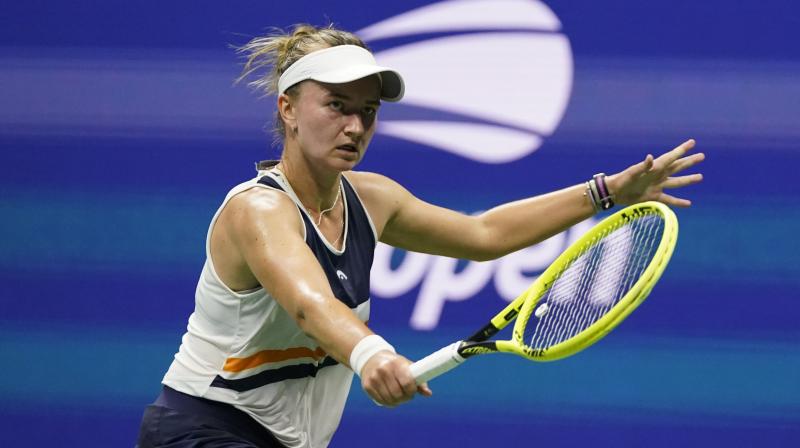 The eighth-seeded Krejcikova took a medical timeout while down 6-5 in the second set after saying she wanted to see the trainer for what she told the chair umpire was a diaphragm issue.

When play resumed after the break, Krejcikova won seven points in a row. She also angered the eighth-seeded Muguruza by taking her time between points down the stretch.

When it ended, Krejcikova stayed in her sideline chair, hunched over, until eventually wobbly walking off the court with some assistance.

Krejcikova had participated in the main draw of singles at only four Slams  two each at the Australian Open and French Open  before collecting the title at Roland Garros in June. She also won her third Grand Slam doubles trophy in Paris.

Krejcikova then got to the fourth round in her first singles appearance at Wimbledon in July, and added this run at Flushing Meadows.

The 25-year-old from the Czech Republic plays No. 2 seed Aryna Sabalenka on Tuesday for a spot in the semifinals.

Muguruza won the French Open in 2016 and Wimbledon in 2017, and she was the runner-up at the Australian Open last year. But she has never made it past the fourth round in nine trips to the U.S. Open.