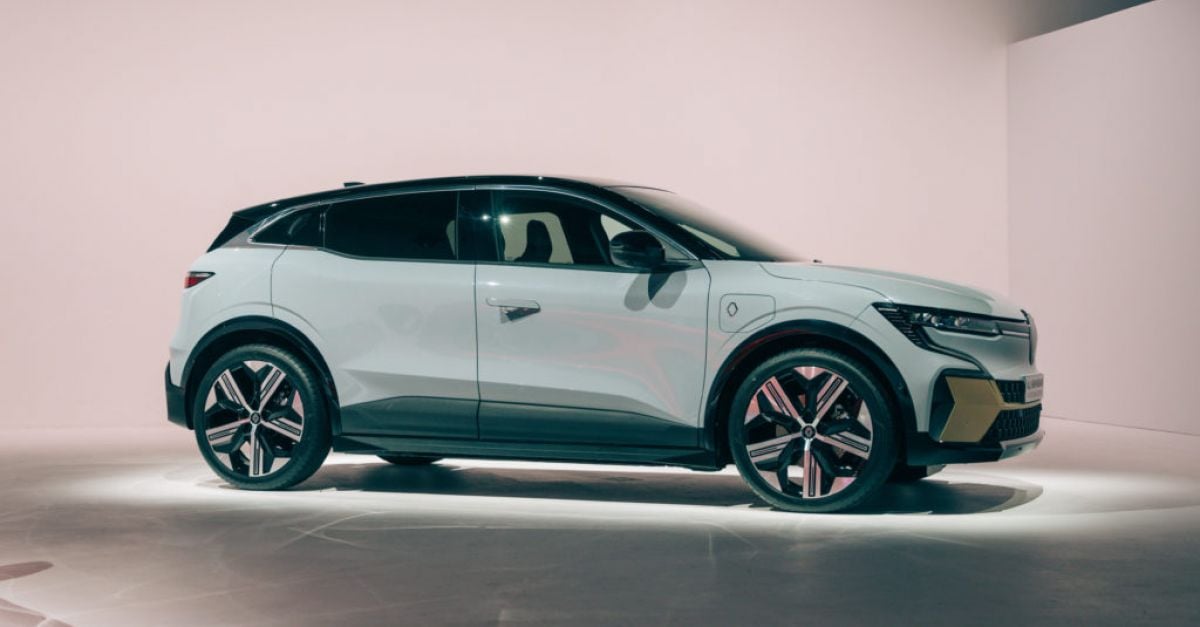 Having already shown it off both in concept form last year, and earlier this year in a camouflage wrap, here is arguably the most important new Renault of the next decade – an all-electric Megane, shown off at the IAA motor show in Munich.

The Megane E-Tech (not to be confused with the current Megane E-Tech, which is a plugin-hybrid version of the familiar hatchback Megane) is ditching the hatchback and saloon bodywork that has been a staple of the Megane name since 1995, and instead gains a moddish crossover shape.

It’s also, as the E-Tech name suggests, all-electric. While there will be bigger-battery versions to follow, at first the Megane E-Tech will come with a 60kWh battery that will give it a one-charge range of 467km, which puts it into direct competition with the mainstream versions of VW’s ID.3, and ahead of the likes of the Citroen e-C4.

The Megane E-Tech will also come with very rapid charging as standard, able to take in a 130kW charging speed (fractionally ahead of the ID.3’s 126kW) which, says Renault, will allow you to top up the battery from flat to 80 per cent in about 30mins – assuming you can find a fast-enough charging point.

Power, initially, comes from a single 215hp electric motor, driving the front wheels. Again, other versions – both lower-power, more affordable models, and a sportier Alpine-badged Megane – will be along in due course. While the switch to a crossover body might be a bit of a shock to some traditional Megane buyers (let alone the switch to all-battery power – there won’t be any internal combustion-engined models) Renault has kept things conservative. While this new Megane E-Tech is certainly handsome, it’s not out of line with the likes of the current Captur, Arkana, nor Clio in its styling.

The roomy interior gets two massive screens – a horizontal one for the instruments, behind the slim, slightly-squared-off steering wheel, and an equally big vertical one in the centre of the dash for the infotainment system.

That infotainment setup comes with a plethora of native, connected apps, including Google’s Play Store.

Renault has thankfully kept a few physical controls for climate and heating. Meanwhile, the vast, minimalist dash in front of the passenger gets a warm, fabric covering rather than plain old plastic.

11 stylish ways to use monochrome in your home

Beyonce at 40: 13 of her most legendary fashion moments

Music therapy, a balm for the soul