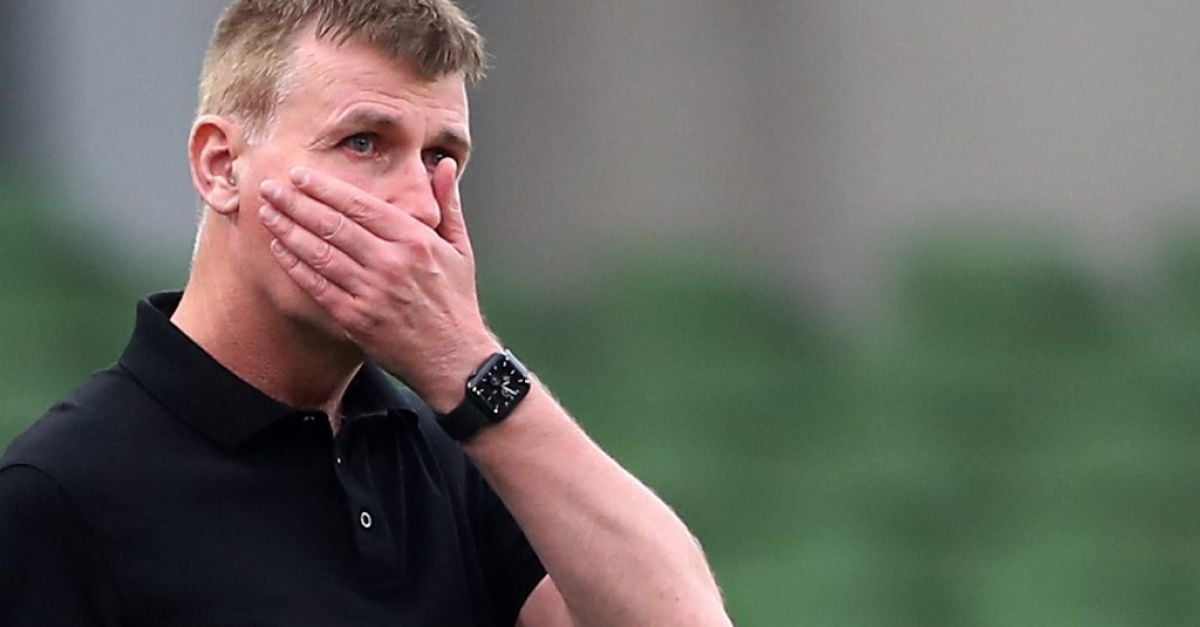 The Republic of Ireland’s ill-fated World Cup qualifying campaign reaches the point of no return on Tuesday evening.

Stephen Kenny’s men face Group A leaders Serbia at the Aviva Stadium having managed to take just a single point from their opening four games and knowing defeat will almost certainly end even their mathematical hopes of a late fightback.

Here, the PA news agency takes a look at some of the talking points surrounding the showdown in Dublin.

Saturday’s 1-1 draw with Azerbaijan left Stephen Kenny still without a competitive victory in 11 attempts since replacing Mick McCarthy and extended Ireland’s wait since they beat Gibraltar in a Euro 2020 qualifier in June 2019 to 15 games. It did, however, end a sequence of three successive defeats at the start of the campaign.

If Kenny all but admitted his side’s hopes of qualification were at an end as a result of their failure to beat the Azeris, striker Adam Idah and midfielder Josh Cullen both insisted that the players would not give up on their dream until it was mathematically impossible. Defeat by Serbia, coupled with a positive result for Portugal in Azerbaijan, would see them reach that point.

Picture sums up last nights result disappointed we didn’t win the game which is on us as players . What a feeling playing back in front of our home fans we have missed you ! Happy to score another goal for my country ⚽️ on to Tuesday night now let’s go 🇮🇪☘️ @faireland pic.twitter.com/e7FCiSX3zX

For all the progressive brand of football the new manager has attempted to instil in a squad packed with exciting young players, a good cross and a big defender appear to remain Ireland’s most potent weapons. Three days after John Egan had headed his side in front in Portugal, Shane Duffy repeated the dose against Azerbaijan to snatch a point with his fifth international goal.

Ireland’s current pool of attacking players, barring 16-goal Shane Long, whose participation this month has been prevented by a bout of Covid-19, has endured a barren run of its own. James Collins and Troy Parrott have two each, Daryl Horgan and Callum Robinson one apiece and Aaron Connolly, Idah and Ronan Curtis are yet to open their accounts.

Goals at international level have not been a problem for Serbia’s Aleksandar Mitrovic. The former Newcastle and current Fulham frontman may have struggled in the Premier League, but his double against Luxembourg on Saturday evening took him to seven in four games for the campaign – two of them as a substitute in the 3-2 victory over Ireland in Belgrade in March – and extended his national record tally to 43 in 65 games.