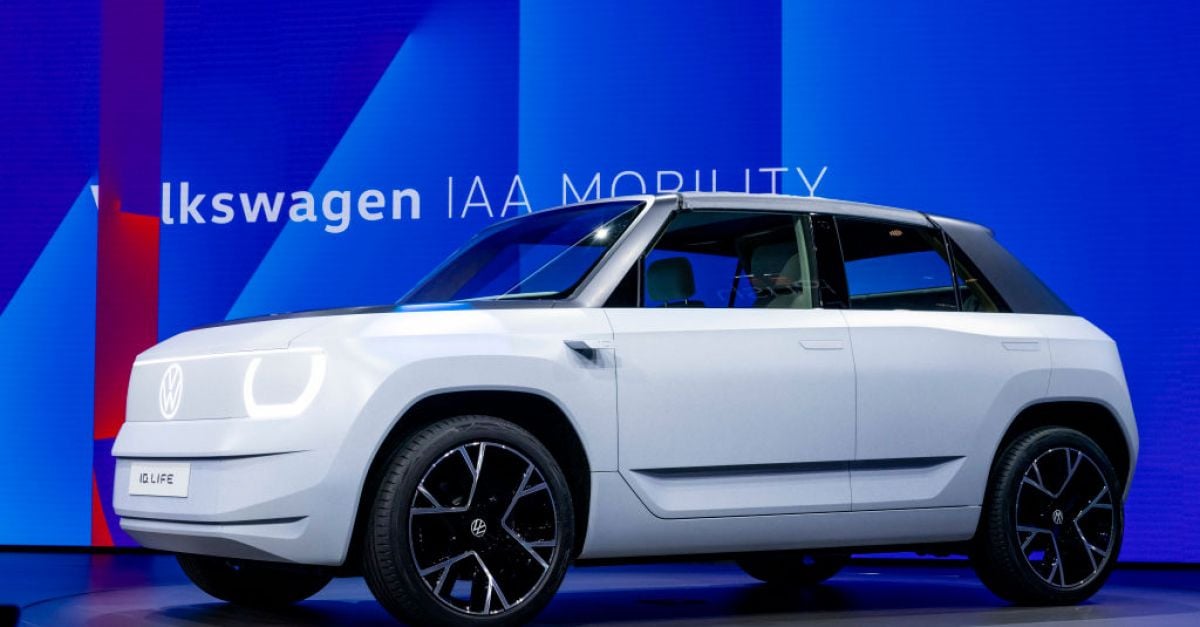 Volkswagen boss Herbert Diess on Sunday said autonomous cars, not electric vehicles, were the “real gamechanger” for the auto industry, which is facing the end of combustion engines in Europe by 2035.

Diess’ comments signal the pace at which the 62-year-old tries to transform Europe’s largest carmaker by basically saying that the shift towards battery-powered electric vehicles (EV), which still needs to be backed up by actual sales, was sealed.

“Autonomous driving is really going to change our industry like nothing else before,” Diess said in Munich ahead of the official opening of the IAA car show, adding the shift towards electrified cars was “kind of easy” in comparison. “The real gamechanger is software and autonomous driving.”

Diess spoke as environmental pressure on the auto sector is ramping up, with the European Commission in July proposing an effective ban on the sale of new petrol and diesel cars from 2035.

On Friday, Greenpeace and German environmental NGO Deutsche Umwelthilfe (DUH) said they would take legal action against German carmakers, including Volkswagen, if they failed to step up their policies to tackle climate change.

Diess, who was confronted by Greenpeace activists before entering the venue on Sunday, is therefore not only aiming to overtake Tesla and turn Volkswagen into the world’s largest seller of electric vehicles by 2025.

Volkswagen on Monday took the wraps off the ID Life, a fully electric small car to be launched in 2025 at a cost of around €20,000 in Germany in a bid to make battery-powered cars affordable for the masses and younger generations. The ID Live, which is at a concept car stage, is a key pillar of Volkswagen’s goal to become the world’s top seller of electric vehicles by 2025 and dethrone Tesla in part by commanding lower prices.

Similar in size to Volkswagen’s Polo, the ID Life will be built by the company’s Spanish Seat division and is based on the company’s dedicated EV platform, a VW spokesman said.

It also comes with a video game console and a projector and screen to show movies. “The customer of tomorrow won’t simply want to get from A to B; they will be much more interested in the experiences that a car can offer,” Brandstaetter said.

The ID was unveiled at Germany’s biggest motor show, taking place in Munich this week. This year’s IAA show, the first major motor industry event worldwide since the COVID-19 pandemic, wants to be about more than cars, but rather mobility in general, from bikes to e-scooters to cars.

“Climate-friendly engines, the digital connectivity of transport – that’s what this fair is about,” Hildegard Moeller, president of industry association VDA, which organises the bi-annual show, said at a pre-event press conference last week. “The goal of climate protection is guiding us.”

The show, which has shifted this year from Frankfurt to Munich and is themed “Mobility of the Future”, is a far cry from its usual format showcasing the biggest and mightiest cars on the market. The pandemic and growing concern over climate change have cast an uncomfortable shadow over the event, already under pressure from waning attendance numbers in previous years – from 930,000 in 2015 to just 560,000 in 2019. Mercedes-Benz, promising to only develop new electric models from 2025, showcased the new EQE, an all-electric version of its big-selling E-Class saloon that will arrive in Ireland next year.

Indeed, many industry stalwarts have decided against showing up: Toyota, Jaguar’s Land Rover, Stellantis – including its German brand Opel – and Ferrari, to name a few.

Yet, as construction workers scrambled on Sunday to put up remaining exhibition booths ahead of the official opening on Tuesday, cars were clearly still the dominant feature.

Renault unveiled its new all-electric version the popular Megane. Arriving in Ireland next year, the Megane E-Tech comes with a 60kWh battery that will give it a range of 467km on a full charge, putting it in direct competition with the likes of the VW ID.3. Meanwhile, Mercedes-Benz, promising to only develop new electric models from 2025, showcased the new EQE, an all-electric version of its big-selling E-Class saloon. Arriving in Ireland next year, the Megane E-Tech comes with a 60kWh battery that will give it a range of 467km on a full charge

Activists and environmental groups point out that for all the talk of mobility and diversified transport, automakers still make the vast majority of their money from fossil-fuel emitting SUV sales.

“Adding ‘mobility’ to the event’s name and pushing their e-models to the fore won’t do the trick as long as they keep selling primarily gas-guzzling combustion engines,” Marion Tiemann, transport expert for Greenpeace in Germany, said, branding the event a “greenwashing bonanza”.

Environmental groups including Friends of the Earth Germany and Greenpeace plan a major demonstration on Saturday against the greenwashing of the auto industry and for a faster shift to sustainable mobility. Activist organisation Sand im Getriebe (‘Sand in the Gears’), which smashed up 40 luxury vehicles at a dealership near Frankfurt before the last IAA in 2019, has promised “mass civil disobedience” at this year’s event.

Up to 4,500 police will be on site during the show which ends next Sunday, the biggest police presence for an event in Munich in 20 years. – Reuters