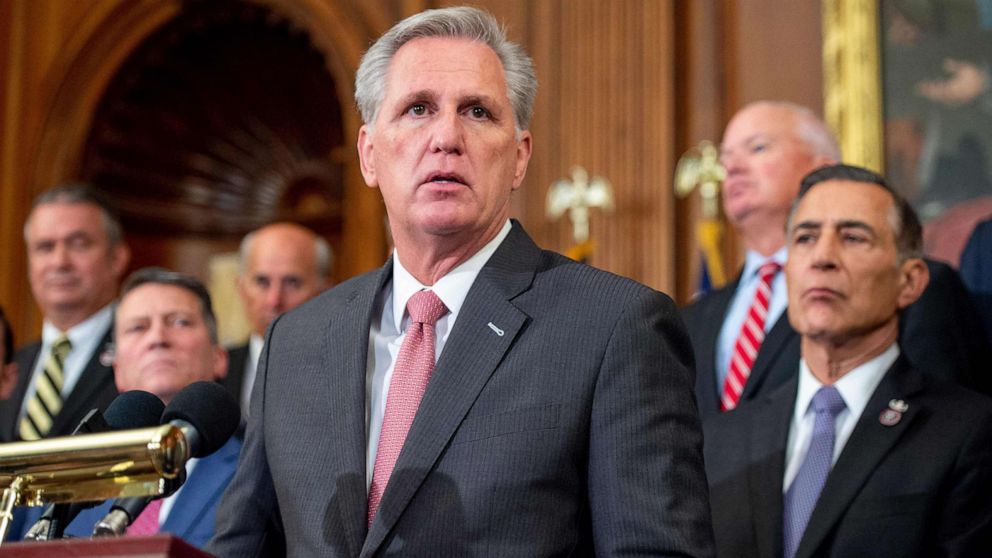 Republicans get their first legislative crack at influencing the Biden administration’s Afghanistan policy on Wednesday.

That’s not to say they’re certain what to do with it. While GOP lawmakers have found uncommon unity in condemning President Joe Biden’s actions, the party’s Trump-era fissures on foreign policy and national security are just below the surface — even while party strategists disagree on whether the issue will resonate with voters at all.

The House Armed Services Committee’s markup of the must-pass annual defense authorization bill has drawn north of 50 Afghanistan-related amendments, in a first chance for Republicans to push for some of the “accountability” House Minority Leader Kevin McCarthy has promised.

Yet even as GOP lawmakers agree on the urgency of bringing all Americans in Afghanistan home, they’ll be pushing an amendment to forbid American support for and coordination with the Taliban. As they condemn decisions that left Afghan allies behind, many are echoing former President Donald Trump’s concerns about the possibility of terrorists reaching U.S. soil.

This week’s committee debate will also venture into popular conservative talk-radio territory, including a proposal to forbid critical race theory from being taught at military institutions. No amount of policy-influencing will be enough for some Republicans who are demanding firings and are even pushing to impeach Biden and Vice President Kamala Harris over recent events.

The debacles of the last few weeks have planted hopes among some Republicans that the party would rediscover its national-security roots. Biden and his administration will have to account for their decisions even as he prepares a forward-looking counter-terrorism strategy that does not include a troop presence in Afghanistan.

But Republicans will have to do some looking back as well, as they grapple with how to respond to a president at a low point and a nation conflicted about what should come next. That’s not to say they’re certain what to do with it, beyond making a show in a House hearing room.

School board meetings aren’t the only places enduring intense pushback on efforts to slow the spread of COVID-19. After the full Food and Drug Administration authorization of the Pfizer COVID-19 vaccine, local police unions are threatening to fight vaccine mandates tooth and nail.

“We’re in America, G-ddamnit. We don’t want to be forced to do anything. Period. This ain’t Nazi f—ing Germany,” Catanzara told the Chicago-Sun Times.

The war against vaccines being waged by police unions comes as the delta variant continues to rage across the country. More than 101,000 patients are hospitalized with COVID-19 — the numbers approaching the U.S. hospitalization peak from early January, when more than 125,000 patients were hospitalized at one time.

Police who are often on the front line of defense for a community have also been on the front lines of COVID-19 exposure. The National Fraternal Order of Police has counted nearly 600 police officers who have died from the virus but despite the statistic, the group is “vehemently opposed” to mandates. And it’s an obstacle for city leaders aiming to use every tool in their arsenal to combat the pandemic.

The bill will do away with voting practices like 24-hour voting and drive-through voting, which were utilized in Harris County last year. The legislation will also ban officials from proactively sending out mail ballot applications and will broaden the access poll watchers have within polling places, among other changes.

The controversial bill’s passage signals a win for the state’s majority party whose members say the legislation will protect Texas’ election integrity, despite there being no significant proof of election fraud being a widespread problem across the state. On a broader scale, the bill’s passage also highlights the political influence of the false allegations made by Trump regarding the way the nation’s elections are administered and tabulated.

Although state Democrats called Tuesday a “dark day for democracy” in Texas, they insist the development put the need for federal voting legislation into sharper focus and continued to call on Capitol Hill to act.