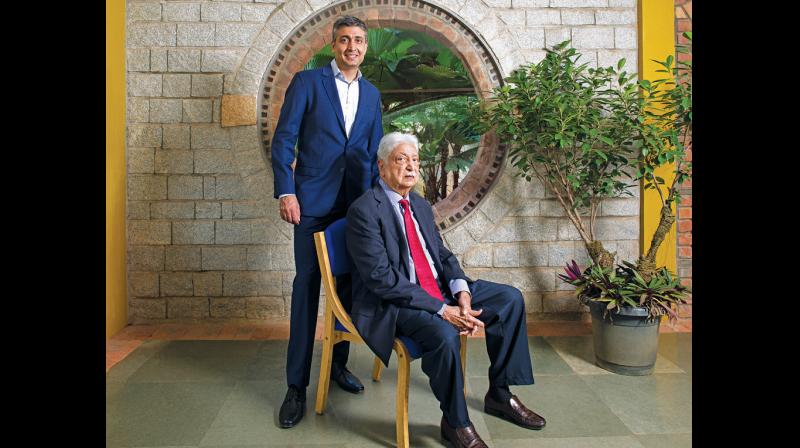 Rishad Premji, son of Azim Premji, founder of Wipro, seems to be excited about the launch of The Story of Wipro, a book on the start and growth of the company.

Rishad, who was until recently the Chief Strategy Officer at the company until he took over as the chairman of the company in July 2019, recently shared a post indicating that the book will be out soon.

In his Twitter post, Rishad shared a tiny video of a press where the covers of the book can be seen as getting printed. His caption for the post reads, “Excited & humbled to see #TheStoryofWipro take shape in paper and ink! Thrilled to share our journey with you — from making vanaspati to helping create a digital world. It’s been an incredibly fulfilling 75 years! #75yearsofWipro [sic].”

Rishad’s followers on the platform, including industrialist Harsh Goenka, Chairman, RPG Enterprises, seemed excited to get their hands on the book. Replying to the tweet Harsh Goenka, for instance, said, “About thirty years ago, my friend Azim Pemji told me his ambition was to make Wipro amongst the top 20 companies in India in market capitalisation and more important, do this the right and ethical way. He has done this and so much more. I can’t wait to read #TheStoryofWipro [sic].”

Another once, Harsh Goenka tweeted on Rishad’s post, saying, “Looking forward to reading it.”

Back in December 2020, Rishad had tweeted about the upcoming book with the picture of the book and that of his dad’s alongside. In caption, he had written, “75 years ago today, on Dec 29, 1945 my grandfather MH Premji registered a co. called Western India Vegetable Prdts Ltd. Today, we unveil the story of its making into Wipro, a global IT co. For 53 of those 75 yrs, Wipro was led by my father..(1of2) #TheStoryofWipro #75YearsofWipro [sic].