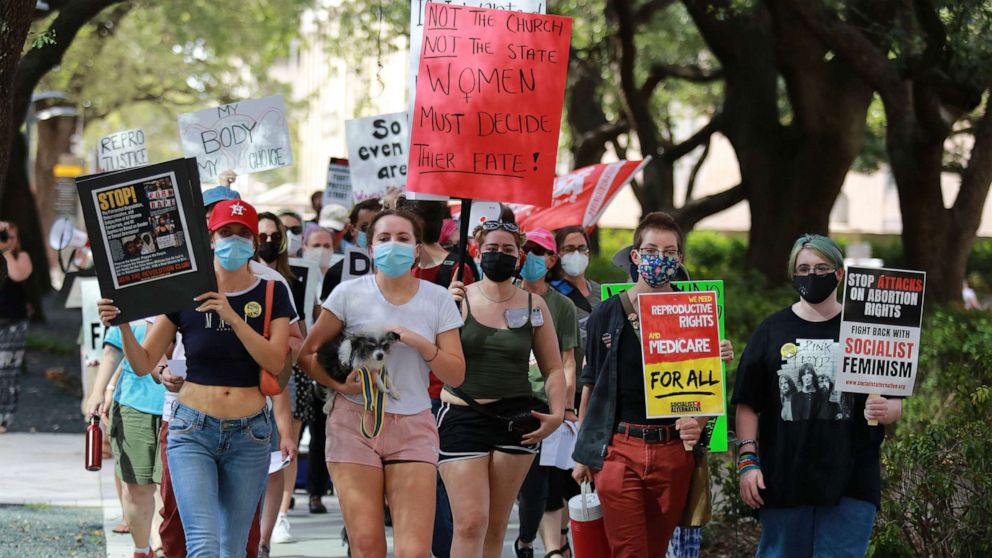 Local lawmakers in Portland, Oregon, are set to vote on an “emergency resolution” on Wednesday to ban the city’s procurement of goods and services from the state of Texas in the wake of its restrictive new abortion law.

The resolution, which will be voted on by the Portland City Council, also seeks to ban city employee business travel to Texas.

“The ban will be in effect until the state of Texas withdraws its unconstitutional ban on abortion or until it is overturned in court,” a statement from Portland Mayor Ted Wheeler’s office said of the resolution.

“City legal counsel is currently evaluating the legal aspects of this proposed resolution,” the statement added. “The Portland City Council stands unified in its belief that all people should have the right to choose if and when they carry a pregnancy and that the decisions they make are complex, difficult and unique to their circumstances.”

Texas’ new abortion law, which went into effect last Wednesday, bans physicians from providing abortions if a fetal heartbeat is detected (including embryonic cardiac activity). This can happen as early as six weeks into a pregnancy. While the law prohibits the state from enforcing the ban, it instead authorizes private citizens to bring civil suits against anyone who “aids or abets” an abortion — which can even include a driver taking someone to a clinic.

The Portland City Council added that it stands in solidarity with people who may face “difficult decisions about pregnancy” and affirmed that it respects their rights to make the best decision for themselves.

Finally, the members called on others in office to take similar action.

“We urge other leaders and elected bodies around the nation to join us in condemning the actions of the Texas state government,” the group stated.

A spokesman for the city council declined ABC News’ request for further comment Tuesday on how they will seek to enforce the resolution.

The move comes as public pressure mounts on both the government and the private sector over the Texas abortion law.

Ride-hailing giants Uber and Lyft both said last week that they would cover the legal fees if its drivers were sued under the new law while driving for the platforms.

Dating app Bumble, which is headquartered in Austin, announced last week on Twitter that it was setting up a “relief fund” to support those seeking abortions in Texas.