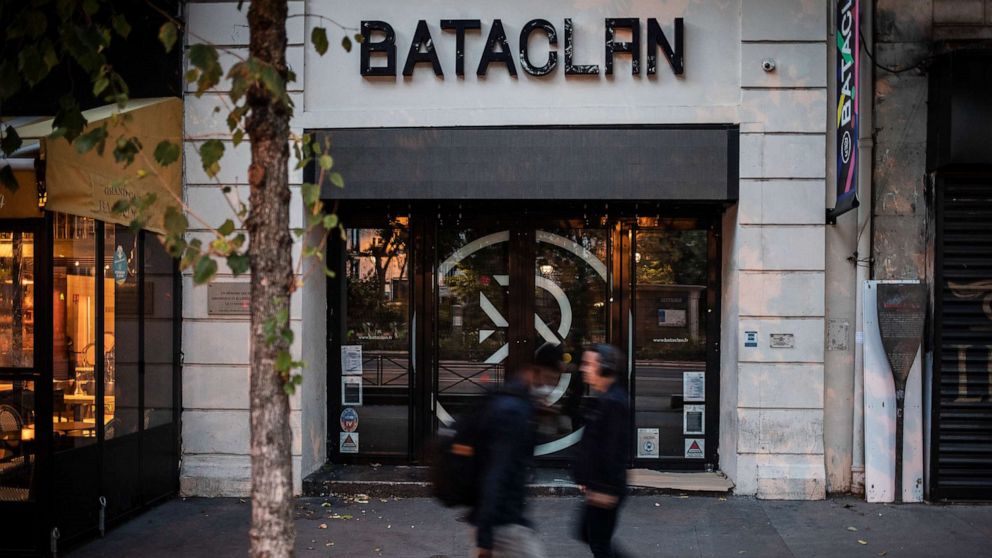 PARIS — France’s long-awaited “trial of the century” will begin Wednesday in Paris as more than a dozen people tied to the November 2015 terror attacks — the deadliest in the country since World War II — face a panel of judges.

In a matter of hours, nine suicide bombers committed a series of attacks across Paris that killed 130 people and wounded over 400 more. The simultaneous attacks outside the Stade de France during a soccer match, on a number of Parisian cafés and restaurants and inside the Bataclan concert hall during a packed performance were later claimed by the Islamic State of Iraq and the Levant, or ISIL. At the Bataclan alone, 90 people were killed by terrorists with machine guns after being taken hostage.

Six years after the terror attacks of Nov. 13, 2015, the landmark trial opens Wednesday and will last about nine months. With 1,800 plaintiffs and 330 lawyers, the trial will take place in front of a specially composed panel of professional judges, instead of a jury of peers.

A historic event and a logistical challenge for the Paris courts, the trial will be extraordinary in more ways than one.

For the occasion, the French government spent 9 million U.S. dollars in a courtroom specially built in the former courthouse of Paris. The work was completed this summer, making it the largest criminal courtroom ever built in France, able to accommodate up to 550 people.

Twenty defendants are being tried, including 14 who will appear before the court. Salah Abdeslam, the only one directly involved in the planning who’s still alive, is among those who will be tried. Of the nine terrorists involved in the attack itself, seven of those died during the attacks and another two were killed in a police raid five days later.

Six defendants will be tried in absentia, including five ISIS officials presumed dead in the Iraqi-Syrian zone.

The witness list is up to par with this historic moment, with a number of high-profile witnesses set to testify, including former French President Francois Hollande — who was inside the stadium when three suicide bombers blew themselves up outside — and a number of his ministers, and the former Paris prosecutor, Francois Molins. Several convicted terrorists will testify via videoconference.

Footage of the trial itself won’t be available for years, as hearings will be filmed only for posterity by the courts themselves. Like the trials of the Charlie Hebdo and Hyper Cacher attacks, which took place in January 2015, the archival video will become available to the public and the media when a final judgment has been made and the full course of justice has taken place.

Unlike the U.S., trials are not usually filmed. This is the 13th trial filmed in France since 1985, when the method was authorized by law for historic trials.

The defendants face sentences ranging from six years in prison to life imprisonment. The main defendant, Abdeslam, is appearing for organized murder in connection with a terrorist enterprise and could be sentenced to the life imprisonment. This is also the case for 10 of the other defendants who are on trial for complicity in the murders. France does not have the death penalty.

The verdict is expected at the end of May 2022.