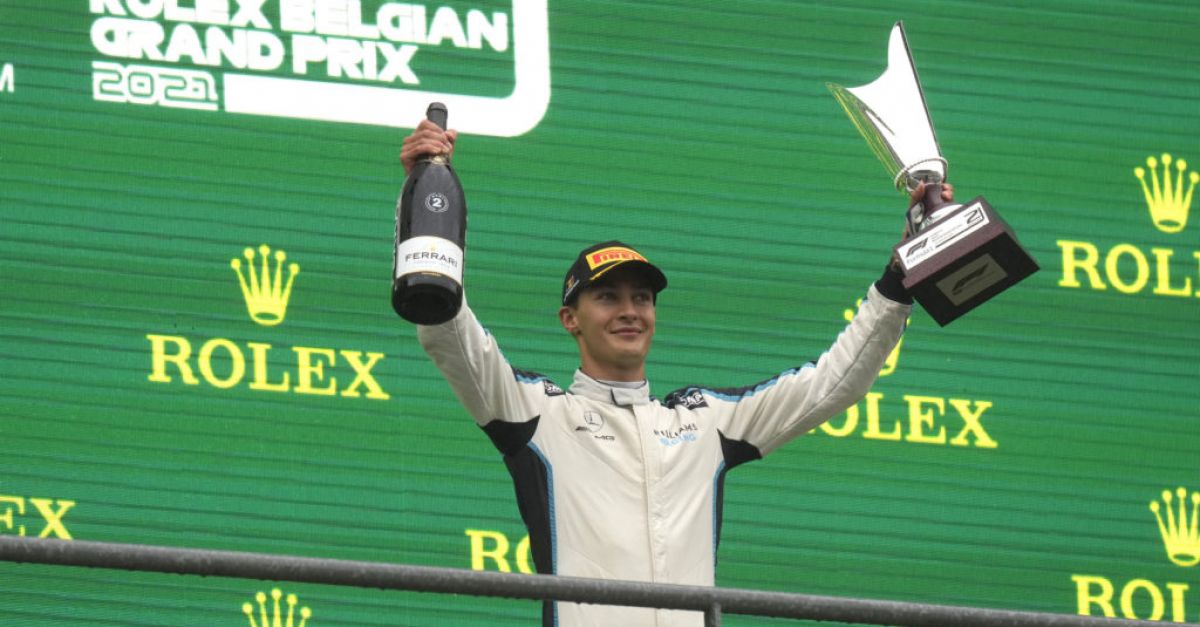 George Russell has been handed the opportunity of a lifetime after signing a long-term contract with Mercedes.

The 23-year-old Briton will team up with Lewis Hamilton at the Silver Arrows next season.

Here are some of the key questions surrounding Russell’s transfer to Formula One’s all-conquering team.

Why have Mercedes moved for Russell?

💬 "A huge thank you to Williams, to Mercedes and to everyone who has supported me in getting to where I am today."

Mercedes boss Toto Wolff signed Russell to the team’s junior academy in 2017, and after three impressive seasons with Williams, he has decided to promote him alongside Hamilton.

But the emergence this season of Red Bull as a real threat to Mercedes’ dominance, Bottas’ relatively poor campaign, and a string of impressive performances from Russell has forced Wolff to act. At 23, nine years younger than Bottas, Russell is the future.

Will Hamilton be happy?

I want to take a moment to welcome @GeorgeRussell63 to the team. Through hard work he has rightly earned his spot. I look forward to seeing him grow as a driver with this great team and working with him to raise @MercedesAMGF1 higher. See you next year🙏🏾 pic.twitter.com/CRsgrilmUd

Hamilton has stated on several occasions that his preference was for Bottas to stay. The compliant Finn provided the perfect tonic for both Hamilton and Mercedes following three years of in-fighting as Hamilton and Rosberg battled for the title. Indeed, following confirmation of Bottas’ end-of-season exit, Hamilton called him the “best team-mate of his career”.

Hamilton was hesitant to congratulate Russell on his impressive performance as his stand-in at the Sakhir GP last December and has hardly been overly complimentary when asked about him as a potential new team-mate.

Hamilton’s tune has changed in recent days – describing Russell’s transfer as “rightly earned”. But speaking in Holland last week Hamilton’s approving words came with a warning, when he urged Russell not to disrupt the harmony at Mercedes. “It is important that respect is always there,” he said.

Will Russell be a problem for Hamilton?

Russell will be told to bide his time at Mercedes with Hamilton, 37 in January, in the twilight years of his career.

But Russell has shown he will have the speed to give his team-mate, and indeed his new team, a headache.

How Mercedes manage a partnership which has the ingredients to boil over will be fascinating.

Is Hamilton’s legacy on the line?

💬 “Looking forward to 2022, we are very happy to confirm that George will have the opportunity to take the next step in his career and join Mercedes.”

Hamilton insisted he has “nothing to prove”, and with more victories (99) and pole positions (101) than anybody else, and the same number of championships (seven) as Michael Schumacher, he has got a point.

But questions will be raised about his greatness if Russell does the unthinkable and gets the better of him at Mercedes.

Speaking earlier this year, Hamilton’s former McLaren team-mate Jenson Button told the PA news agency: “It will be a big shift for Lewis to have a young kiddie come to his team who has already proven himself to be very, very quick in that car.

“That is mentally tough for Lewis. It is going to be a challenge and if he comes out on top, it will be his biggest achievement.”

How good is it for Formula One?

Max Verstappen’s rivalry with Hamilton has breathed fresh life into F1 this year – and adding Russell to the mix for 2022 is an added bonus for the sport’s new boss Stefano Domenicali and its millions of fans.

With the popular McLaren driver Lando Norris (21) and Ferrari’s Charles Leclerc (23) also in front-running teams, the stage is set for a golden era.