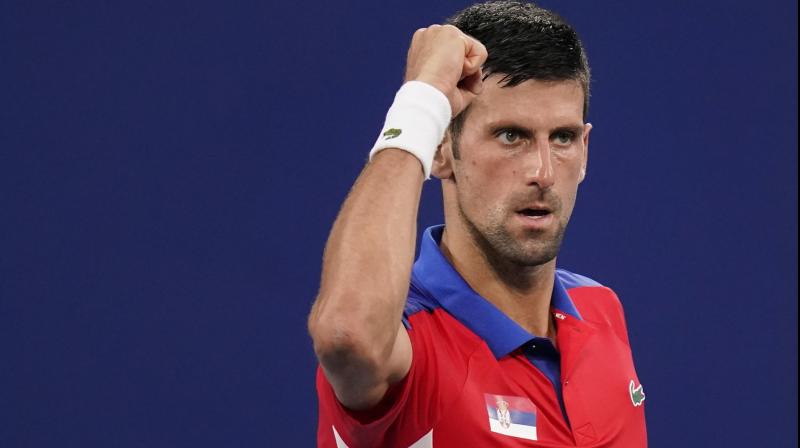 Tokyo: Novak Djokovic eased into the third round of the Tokyo Olympics tennis tournament on Monday following a 6-4, 6-3 win over Germany's Jan-Lennard Struff.

Djokovic hammered 14 aces and made just four unforced errors as he remained on course for a Golden Grand Slam.

The world number one is aiming to become the first man to win all four majors and the Olympics in the same season, a feat achieved by Steffi Graf in 1988.

Djokovic has captured titles at the Australian Open, French Open and Wimbledon this year, and is the clear favourite for gold in Japan.

The Serb, an Olympic bronze medallist in 2008, will play Spain's Alejandro Davidovich Fokina for a place in the quarter-finals.

BuzzOn12 seconds ago
0 0 Less than a minute
Show More

What George Russell’s move means for Mercedes, Lewis Hamilton and Formula One