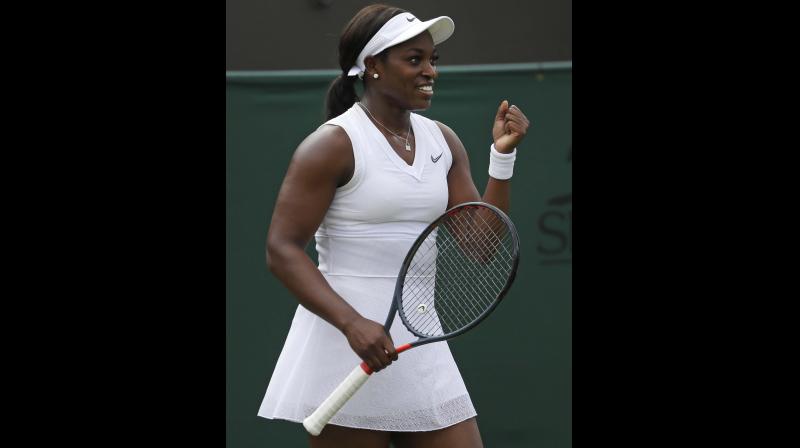 American tennis player Sloane Stephens has become the latest prominent athlete to share the personal burden of what she said were the relentless and “exhausting” attacks she receives on social media.

“I am human,” Stephens said on Instagram a day after being inundated by more than 2,000 “messages of abuse/anger” following a third-round loss to Germany’s Angelique Kerber at the US Open.

“It’s so hard to read messages like these, but I’ll post a few so you guys can see what it’s like,” said Stephens, who voiced her concerns just as a number of other Black female athletes have also recently spoken out about the mental health toll high-pressure sports can take.

One of the abusive messages read: “I promise to find you and destroy your leg so hard that you can't walk anymore @sloanestephens!… I hope you enjoyed your last moments on court today.”

Stephens, who won the US Open in 2017 and once ranked No. 3 in the world, commented: “This type of hate is so exhausting and never-ending. This isn’t talked about enough, but it freaking sucks.”

Stephens, for her part, said she also received many positive messages, for which she was thankful.

“I’m happy to have people in my corner who support me,” she told CNN. “I’m choosing positive vibes over negatives ones… but it's not always smiles and roses.”

On Sunday she wrote on Instagram that she hopes “this conversation continues” while thanking fans for their “kind and thoughtful messages.”

Scared to step foot in a gym? Here’s some tips to overcome your fear

Foretelling the road ahead

Tired of unsightly wires? Here’s how to make the tech in your home tidier