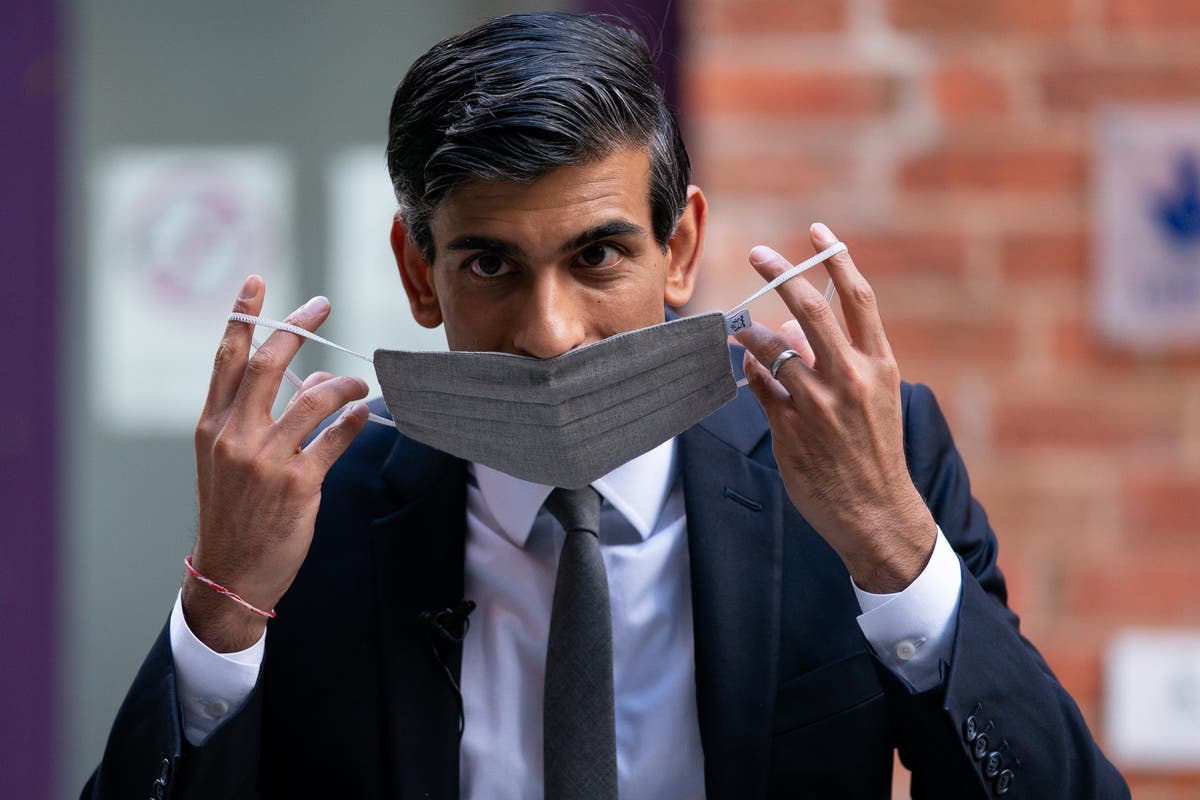 There were 1.6 million workers on furlough at the end of July, according to government figures.

Economists now believe 1 million workers could be pushed into unemployment when the scheme ends this month.

The latest update comes as political pressure has been put on the government to reconsider the “double whammy” effect of discontinuing furlough and cutting the £20-per-week uplift in early October.

“Progress is clearly slowing as we get towards the end of the scheme,” Samuel Tombs, chief UK economist for Pantheon Macroeconomics told The Independent.

Many of the businesses that still have workers on furlough are smaller firms, he added, with balance sheets that will likely “struggle to bring back all of those staff on a full-time basis”.

For those furloughed employees who do return to their jobs, they are likely to face fewer hours and a fall in pay. “There are a large number of employees who are furloughed on a part-time basis now. But I don’t see the demand in the economy shooting up enough in October for firms to bring them back full time,” Mr Tombs said.

And numbers from the Office for National Statistics (ONS) in August showed the number of hours each employee works is lower than before the pandemic.

Travel and tourism sectors remained especially reliant on the scheme in July, with one in two employees working on passenger air transport still on furlough. Meanwhile, the airline industry has repeatedly called for further support once the furlough scheme ends, to avoid mass redundancies.

In August, Tim Alderslade, chief executive of Airlines UK, the industry body representing UK-registered carriers, said the sector had “not had anything like the reopening it was hoping for”. He added that the confusion and expense associated with the government’s Covid-19 testing and quarantine for international travel policies had hit the industry’s peak holiday travel season.

The figures, compiled by HMRC, also showed that London was the region with the highest level of workers still on furlough. Plus, many sectors that have started to recover, such as retail, are also unlikely to keep staff on at pre-pandemic levels, after shifting to online retail, which requires fewer workers.

While job openings are high, and some economists believe the labour market is extra active and running hot – and with businesses struggling to find workers with the right skills – firms are limited by their administrative capacity to hire new staff.

So even with vacancies running at close to a record high in August, as measured by the Recruitment and Employment Confederation and KPMG, companies will struggle to soak up new workers coming off furlough. And this means there will likely be a cliff-edge effect when the scheme ends this month with many workers becoming inactive or unemployed.

The number of people coming off furlough “has slowed to a trickle” said Charlie McCurdy, economist at the Resolution Foundation. “As a result, up to a million employees could still be on furlough when the scheme closes at the end of this month.”

“While we expect most of these staff to return to their previous roles, a significant number will not, and we could see a fresh rise in unemployment this autumn,” he said. “Given these circumstances, now is not the right time to cut universal credit by £20 a week. The government must change course.”

A struggle to find staff has driven higher pay in some sectors, but statisticians have warned that this headline rate, of more than 8 per cent including bonuses, might look higher than it should. The measure is based on a year-on-year comparison in July. And last summer, wages were falling, in part as many workers saw their hours cut due to lockdowns, as a result, the growth rate is relative to that lower base.

Chancellor Rishi Sunak said: “It’s fantastic to see furlough levels at their lowest since the start of the pandemic with young people, in particular, getting back to work and kickstarting their careers as the UK gets back to business.

He added: “With furlough naturally unwinding and coming to a close at the end of the month we are doubling down on our plan for jobs – focusing our support on giving people the skills and opportunities they need to succeed in the jobs of tomorrow.”

Ford to shut down both its manufacturing plants in India, sell only imported vehicles

How Silicon Valley start-up Theranos came crashing down to Earth