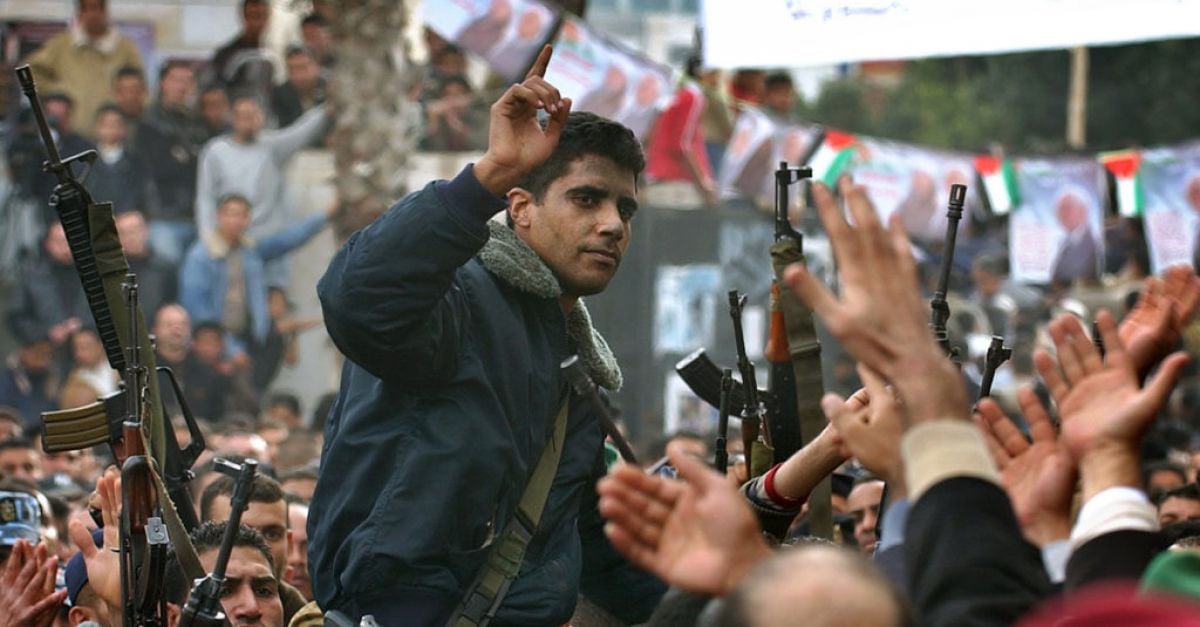 Zakaria Zubeidi has long been an object of fascination for Israelis and Palestinians alike.

They have seen him move from child actor to swaggering militant, to the scarred face of a West Bank theatre promoting “cultural resistance” to Israeli occupation.

In his latest act, he has emerged as one of Israel’s most wanted fugitives after tunnelling out of a high-security prison on Monday with five other Palestinian militants.

Zubeidi, now in his mid-40s, comes from a generation of Palestinians who were children during the first intifada, or uprising against Israel, in 1987.

They lived through a brief period of hope at the height of the peace process, only to take up arms in the far more violent intifada that erupted in 2000.

But even among that cohort, few Palestinian militants had closer ties to Israelis than Zubeidi, who for many years was an even bigger celebrity in Israel than in the Palestinian territories.

To Israelis, he is a notorious terrorist responsible for suicide bombings and shooting attacks that killed civilians. He gave regular media interviews.

“In many ways, he’s the poster kid for Israelis of the Palestinian terror campaign of the second intifada,” said Yossi Kuperwasser, a retired general who served in Israeli military intelligence during the uprising. “He’s a Forrest Gump, sort of. He played all the roles.”

Among Palestinians, Zubeidi was just one of several prominent militants of that era, his name having long ago faded from the headlines. Now, he and the other escapees are being hailed as national heroes.

Zubeidi rose to prominence during the second intifada as the leader of the Al-Aqsa Martyrs Brigade, an armed offshoot of the secular Fatah party, in the impoverished Jenin refugee camp in the occupied West Bank. A mishandled explosive left a peppering of black scars on Zubeidi’s face, and he spent years eluding Israeli authorities.

In a 2006 interview with the Sunday Times, Zubeidi traced his militancy back to the death of his mother, Samira, who was killed by an Israeli sniper in 2002. His brother, Taha, was killed shortly afterwards, as were friends and fellow fighters.

In 2007, Zubeidi took advantage of a general amnesty for militants from Abbas’ Fatah party and joined the Freedom Theatre, which Juliano Mer-Khamis had founded the previous year.

“We want to take the Palestinian cause to the people through theatre,” Zubeidi told The Associated Press in 2008.

Israel arrested Zubeidi again in 2019 and he was held at Gilboa prison, a maximum-security facility in northern Israel. He shared a cell with five members of the Islamic Jihad militant group.

Early on Monday, each of them squeezed into a narrow hole in the floor of their cell and escaped through a tunnel running beneath the prison walls.