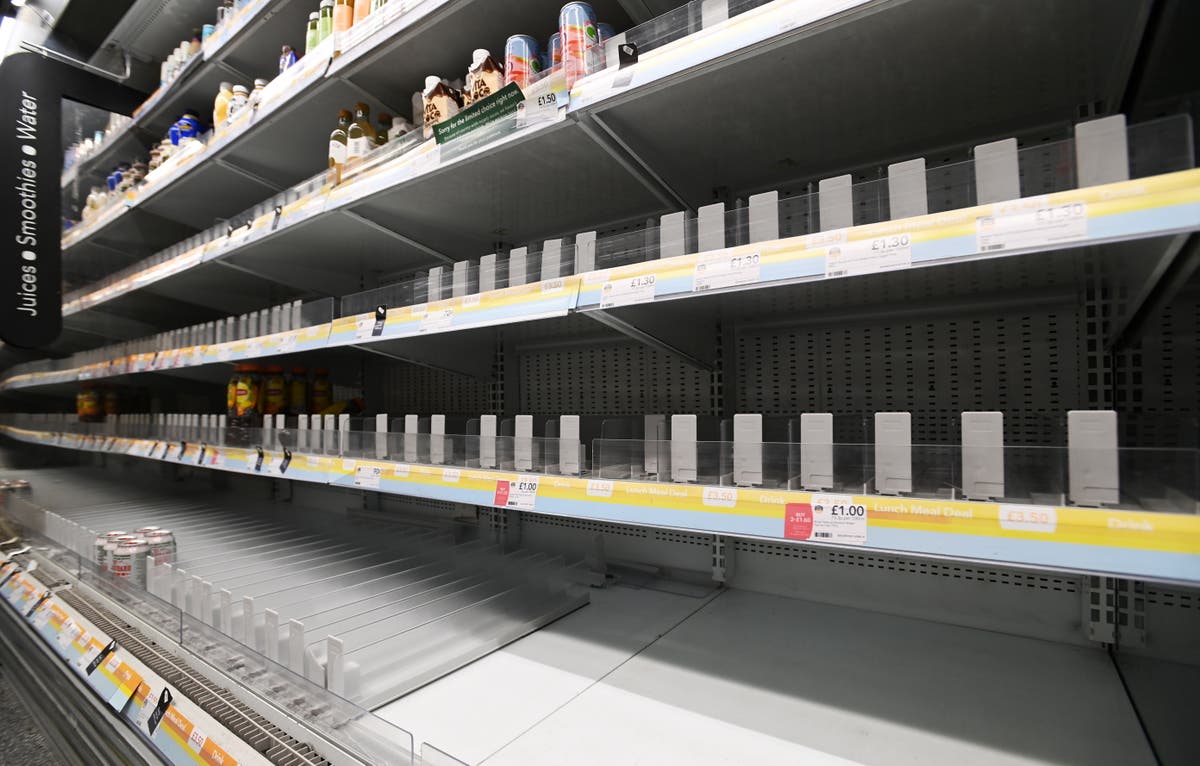 The UK faces more supply chain chaos unless it cracks down on exploitative, insecure work, the boss of the TUC has said.

Frances O’Grady said worker shortages that have left supermarket shelves empty were caused in part by the rapid growth of zero hours contracts and the gig economy.

“It’s not just about pay and conditions. It’s about the business models that we have seen mushroom over the past 10 or 20 years. Far fewer lorry drivers are directly employed than were 20 years ago.”

The shift towards casual work had been “all about shoving the risk, the cost of training, risk of health and safety… onto the shoulders of individual HGV drivers”, Ms O’Grady said.

Many of the industries which are now struggling for staff have typically relied on low-paid or casual workers, some of it from EU countries.

Ms O’Grady accused the government of being complacent in the face of growing problems in UK supply chains.

“Supply chains are in peril. That should be a wake-up call for all of us,” she said.

“The solutions are quite simple. It’s about evening up that collective bargaining power and about treating people with dignity and decency at work.”

Speaking ahead of the union body’s annual congress, Ms O’Grady said the pandemic had given workers in some industries an opportunity to fight for better pay and conditions. “I think it’s an opportunity that needs to be taken,” she added.

Retailers have offered lorry drivers signing-on bonuses and pay rises as they compete for staff while others have offered to pay for training. Meanwhile drivers for Yodel, DHL, and wholesaler Booker have threatened to strike.

New polling by the TUC underlined the extent to which low-income workers have borne the brunt of the pandemic with fewer options to work from home, no or low sick pay and reduced living standards.

The TUC is calling for an urgent “economic reset” in the wake of the pandemic to tackle what it labels a “huge Covid class divide”.

Its research found that workers earning less than £15,000 were almost twice as likely as those earning more than £50,000 to say they have cut back on spending since the pandemic began, according to the survey.

High earners were more than three times likely than low-paid workers to expect to receive a pay rise in the next 12 months.

The latest figures show that 1.9 million people were still on the furlough scheme, which ends on 30 September.

The TUC is urging ministers to extend the scheme for as long as it is needed. It also called on the government to ban zero hours contracts, raise the minimum wage to at least £10 an hour, increase statutory sick pay to a real Living Wage and introduce new rights for workers to bargain for better pay and conditions through their unions.

Ms O’Grady added: “Without fundamental change, the government’s own levelling up agenda will be doomed to failure. And we risk repeating the same old mistakes of the past decade – allowing insecure work to spiral even further.”

The government’s announcement of a 1.25 per cent hike to National Insurance Contributions to fund social care was “disappointing”, Ms O’Grady said.

““Care workers need to see more pay in their pockets now. Nothing today delivered that. Instead, the only difference it will make to low-paid care staff is to push up their taxes.

“This is so disappointing after the dedication care workers have shown during this pandemic keeping services running and looking after our loved ones.

“Care workers need to see more pay in their pockets now. Instead, the only difference it will make to low-paid care staff is to push up their taxes.

“This is so disappointing after the dedication care workers have shown during this pandemic keeping services running and looking after our loved ones.”

Aldi to create 55 jobs with opening of two new stores

Ford to shut down both its manufacturing plants in India, sell only imported vehicles