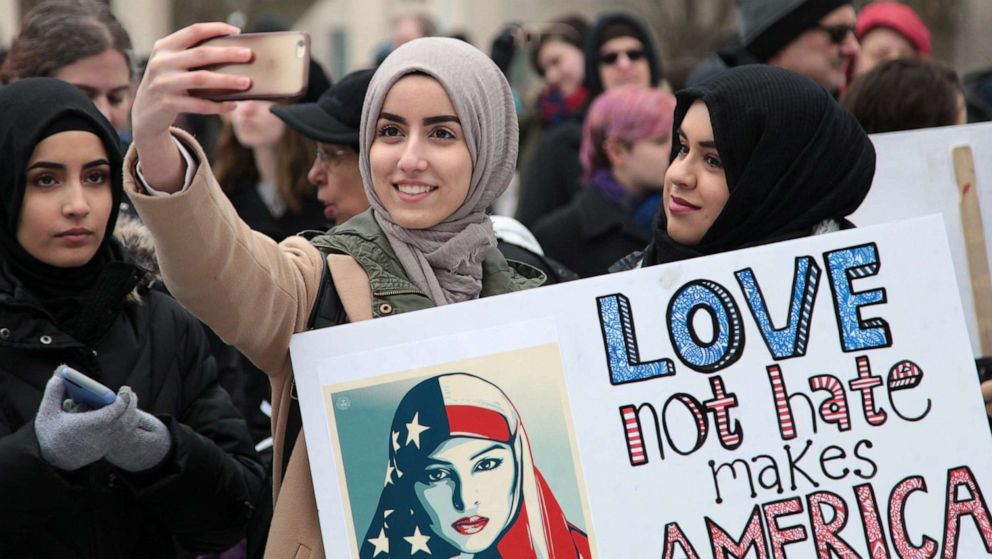 “This is, perhaps, the unspoken tragedy of what happened two decades ago,” said Dawud Walid, executive director of the Michigan chapter of the Council on American-Islamic Relations.

The group of terrorists who claimed to be acting in the name of Islam, taking nearly 3,000 innocent lives, set off a wave of Islamophobia in America that many peaceful and patriotic Muslims said still reverberates years later.

“People associate people who look like us with an event that we didn’t create,” said Rima Imad Fadlallah, a Michigan native and co-host of the Dearborn Girl podcast exploring Arab American female identity. “We, quite frankly, shouldn’t be made to feel like we’re apologizing for others.”

Over the past two decades, Muslim Americans have reported in public opinion surveys a near constant scrutiny of their religion and skepticism of their patriotism that’s triggered a quiet struggle over the meaning of citizenship, faith and belonging.

“Ours is a community that continues to be ‘otherized,'” said Petra Alsoofy, who studies public opinion of Islam with the Institute for Social Policy and Understanding, a nonprofit group created in Michigan in 2001 to help combat misconceptions about Islam.

“Are you American? Are you a Muslim? Is there a conflict between these identities? Actually what the research shows,” said Alsoofy, “is the stronger the religious identity, the stronger the American identity.”

ABC News Live traveled this month to Dearborn, Michigan, home to thousands of American immigrant families from Lebanon, Iraq and Yemen, to hear directly from residents and community leaders about the lasting impact of the 9/11 attacks.

Many lamented the uncomfortable spotlight that comes with each Sept. 11 anniversary and many worried the Taliban’s return to power in Afghanistan this month will rekindle a focus on religious extremism.

“Once again, when you turn on the TV these days, it’s showing all these Muslim radicals,” said Imam Ahmad Qazwini of the Islamic Institute of America in west Dearborn. “And this reflects on my religion that we share the same name — Islam — but there is nothing else. There’s no other common denominator.”

The sleepy suburb on the outskirts of Detroit — home to Ford Motor Company — has become a model for the peaceful co-existence of American Muslims, Christians and Jews, all thriving together.

“Maybe politics is separating people from each other, but the coffee is bringing them to one table,” said Ibrahim Alhasbani, owner of Qawah House, a popular local shop serving up steaming pots of aromatic Yemeni brew along the city’s main drag.

Dearborn is an oasis of global cultures and cuisines, home to a regional health care hub, transit point for railroad freight and producer of sausages that bear the city’s name. It’s also home to the largest concentration of Muslims in the United States.

“We have many unique communities here and everyone kind of retains their identity,” said 30-year-old mayoral candidate Abdullah Hammoud, who will become the first Muslim to lead the city if he’s elected this fall.

But Dearborn’s success as a diverse and growing Rust Belt city — and claim to the nation’s largest mosque, the Islamic Center of America — have also made it a frequent target.

Since 2001, outsiders have used the city as a stage to advance conspiracy theories, bigotry and hate. Some political extremists have maligned it as “Dearbornistan” and mocked its high school as “Hezbollah High,” despite the fact that neither the city nor its residents have had any connection to terrorism.

“This community has been the epicenter of anti-Muslim hate and xenophobia,” Walid said. “President (Donald) Trump’s rhetoric allowed people who harbored anti-Muslim bigotry, racism and xenophobia — gave them license to say it publicly and act upon it.”

“When it comes to school bullying, workplace discrimination and harassment by government officials — this has steadily gotten worse,” said Walid.

Three in four Muslims nationwide reported experiencing “a lot” of discrimination in American society, according to a Pew Research Center survey conducted 16 years after the attacks. Half of all U.S. adults in the same survey said they believed Islam is still not part of mainstream society.

“If you asked me to choose where my American and Muslim and Arab identities start and end, I would not be able to do that,” said Yasmeen Kadouh, co-producer of the podcast with Fadlallah. “I think post-9/11 we really were made to feel like they were mutually exclusive, which is kind of hard to grapple with.”

Imam Qazwini, who grew up in Dearborn and whose father was a community faith leader on 9/11, said more American Muslims are recognizing the need to knock down myths about their faith.

“9/11 had a huge impact on Muslims living in the U.S.,” Qazwini said. “We need to be more vocal. We need to speak out and show America what the real religion of Islam is. It’s a peaceful religion, a religion of love.”

A grassroots movement of young Muslim Americans — like Kadouh, Imad Fadlallah, Hammoud and Alsoofy in Dearborn, all children back in 2001 — is now determined to change the narrative from the bottom up.

“I don’t have to put an American flag on my front porch to show that I’m patriotic. I am patriotic because I love this country,” said Imad Fadlallah. “If my parents — people who came here with little opportunity, heavy Middle Eastern accents — are able to be that bold, I have no excuse to put up with things that I shouldn’t have to put up with.”