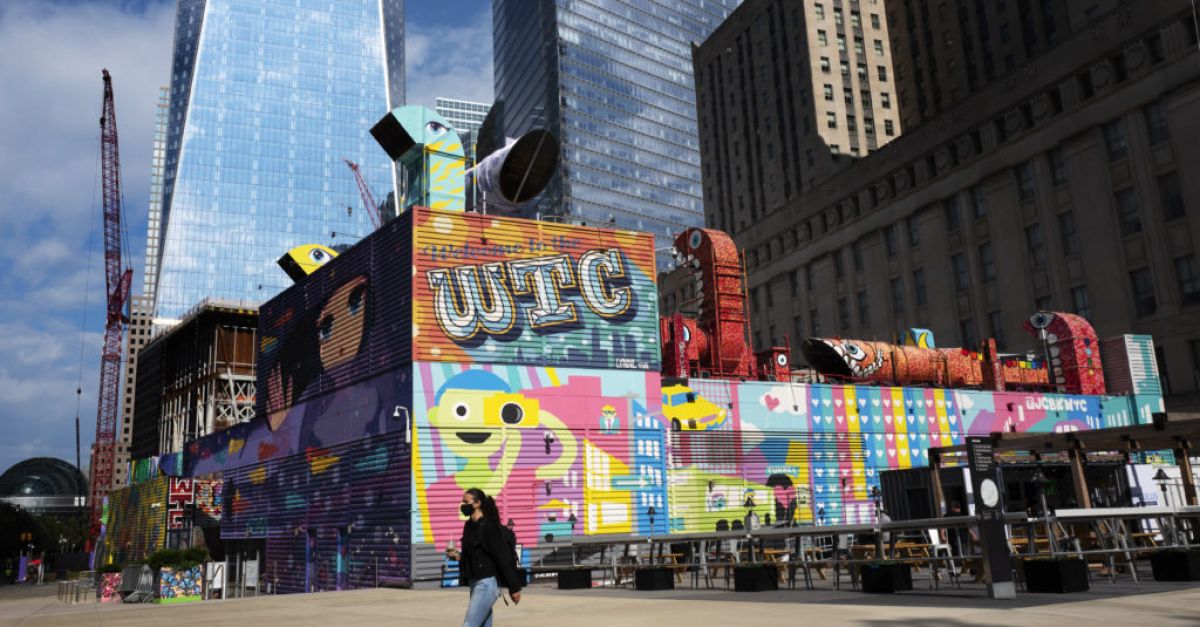 Two decades after its destruction in the September 11 attacks, the work to rebuild the World Trade Centre complex in New York remains incomplete.

Two planned skyscrapers, a performing arts centre and a church are still unfinished at the site, which on Saturday will see the annual ceremony honouring nearly 3,000 people killed in the attacks.

Visitors to the commemoration will find a place that no longer has the feel of a construction zone, though, even as the work continues.

The memorial plaza with its twin reflecting pools opened in 2011. One World Trade Centre — the spire originally known as the Freedom Tower — opened in 2014, as did the National September 11 Memorial and Museum. An underground transit hub and shopping mall opened in 2016.

Three other glassy towers built to replace those lost in the attack are open.

Cranes and construction fences, however, can still be seen around the site. Here is a look at the unfinished work:

Developer Larry Silverstein has said he wants to sign a main tenant for the tower before starting construction. The 90-year-old is confident a tenant will be found so the Norman Foster-designed tower can be built in his lifetime.

“At the end of the day, my goal is to put the shovel in the ground as soon as possible, and complete the rebuilding project we started 20 years ago,” Silverstein said.

While a performance centre was part of World Trade Centre master planner Daniel Libeskind’s original scheme, disputes over budget and design threatened its viability in the years after Frank Gehry and the Norwegian firm Snohetta were lined up to design it in 2004.

In 2015, a new team of architects were announced, Joshua Prince-Ramus of Rex Architecture, plus the firm Davis Brody Bond, who have designed a translucent glass and marble cube.

Perelman, the banker and investor, secured naming rights with a 75 million dollar donation.

The building, designed by architect Santiago Calatrava, is going up near the southeast corner of ground zero and will look down on the memorial plaza.

Due to be completed next year, the church is surrounded by a small public park and features a Byzantine-style dome and marble cladding that can be lit from within.

– 5 World Trade Centre
Construction has yet to begin on the tower that will replace an office building, occupied by Deutsche Bank, that was was damaged and contaminated by debris from the collapsing twin towers.

The LMDC and the Port Authority of New York and New Jersey in recent years chose a partnership led by Brookfield Properties and Silverstein Properties to develop the now-cleared land as a 900-foot tower with office and retail space in addition to 1,325 apartments.