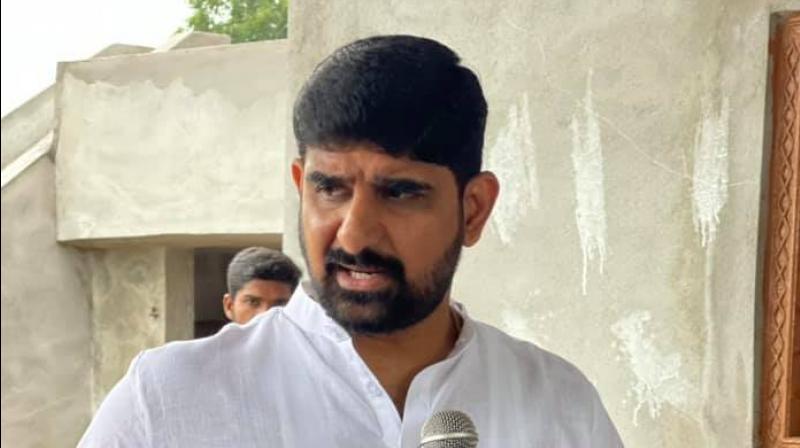 HYDERABAD: The Telangana Rashtra Samiti (TRS) leadership is learnt to have decided to wait till the third week of September for Governor Tamilisai Soundararajan's approval for Padi Kaushik Reddy's nomination as MLC under the Governor’s quota before taking the next course of action.

Party sources said the state government was planning to hold the monsoon session of Legislative Assembly and Council in September third week after the Ganesh immersion and expecting to get the Governor's nod by then. This fuelled speculation that the Governor kept her approval on hold following complaints made by Telangana BJP leaders who brought to her notice that several police cases were pending against Kaushik Reddy.

The party is understood to be confident of securing the Governor's nod before on the ground that recommendations of the council of ministers are binding on the Governor as per Article 163 of the Constitution.

The state Cabinet chaired by Chief Minister K. Chandrashekar Rao had approved 36-year-old Kaushik Reddy's nomination in sports category as MLC under the Governor’s quota on August 1 and sent it to the Governor for formal approval immediately. However, the file is pending with the Raj Bhavan since then.

The Cabinet resolution stated that Kaushik Reddy was nominated to be the MLC for his hard work in the sports and service sectors. Kaushik Reddy, a cricketer, played first-class matches for Hyderabad between 2004 and 2007.

He joined the Congress later and unsuccessfully contested against the then TRS candidate Etala Rajender in Huzurabad Assembly constituency in 2018 Assembly polls. He quit the Congress and joined the TRS on July 21 and was nominated as MLC within 10 days of his joining the ruling party.

Party sources say under Article 167 of the Constitution, the Governor can raise queries related to credentials of the nominees from the respective fields they have been recommended. But ultimately, the power of the decision over whether any particular nominee fits into the recommended category lies with the Cabinet and not the Governor.

They say in this case, the Governor did not raise any queries on Reddy's nomination but only kept her approval pending without citing any reasons.

On August 18, Kaushik Reddy, along with finance minister T. Harish Rao, visited the Raj Bhavan to meet the Governor and offer condolences on the demise of her mother. Sources said at that time, Harish introduced Kaushik to the Governor as the newly-nominated MLC candidate.

Which states’ lawmakers have said they might copy Texas’ abortion law

RSS distances itself from article critical of Infosys

Tamil Nadu gears up for next round of local body polls