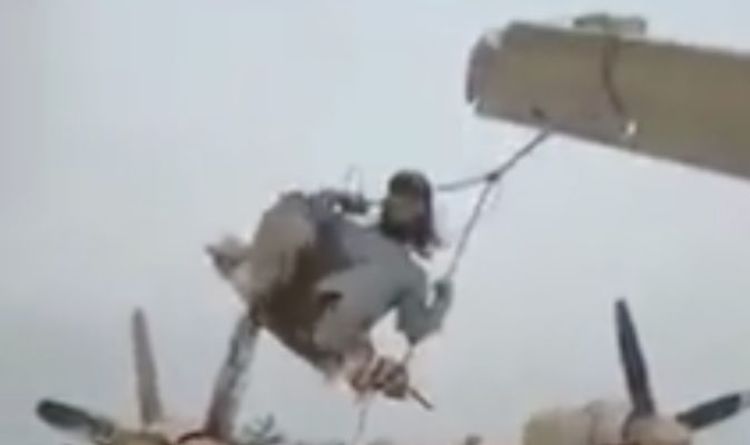 A Chinese Foreign Ministry official shared a video on social media of Taliban militants swinging from the wing of a left-behind US aircraft. Lijian Zhao captioned his post on Twitter: “The graveyard of EMPIRES and their WAR MACHINES.

“Talibans have turned their planes into swings and toys…”

The video shows a group of Jihadists turning the wing of a military plane into a swing.

And the men can be heard laughing and cheering as they take turns pushing one fighter into the air.

During the US evacuation of Afghanistan, the Taliban got their hands on American land and air carriers. 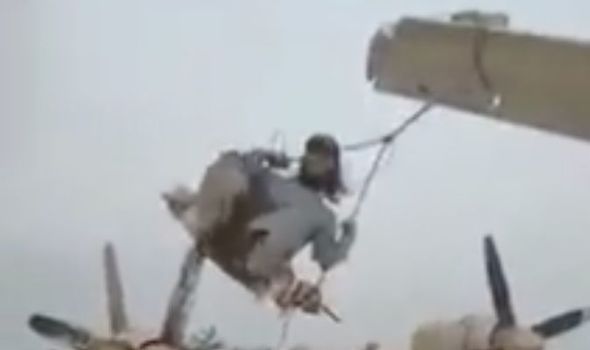 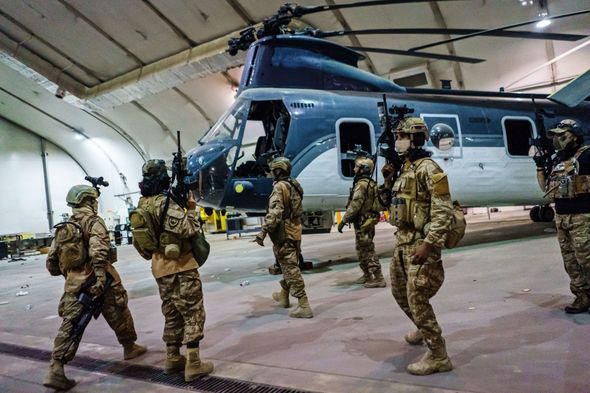 In one clip from Kandahar, the Islamist fighters even took the sticks behind a US Black Hawk helicopter.

The overall value of the US weapons and equipment left in Afghanistan is not yet known, but the New York Post suggests it is likely to be worth tens of millions of dollars.

The Taliban even managed to find US camouflage gear as they mocked the Americans by posing for their own Iwo Jima photo.

The iconic Second World War snap of US Marine raising the Star Spangled Banner on the Japanese Island, was recreated to show Jihadists raise the Taliban flag in almost exactly the same way. 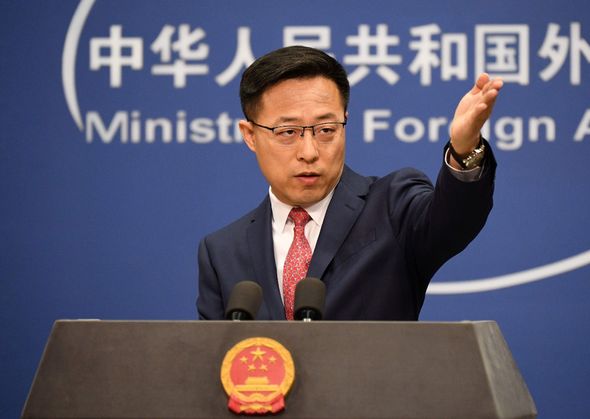 In another, members of the Taliban were seen exercising at the gym in the Presidential Palace.