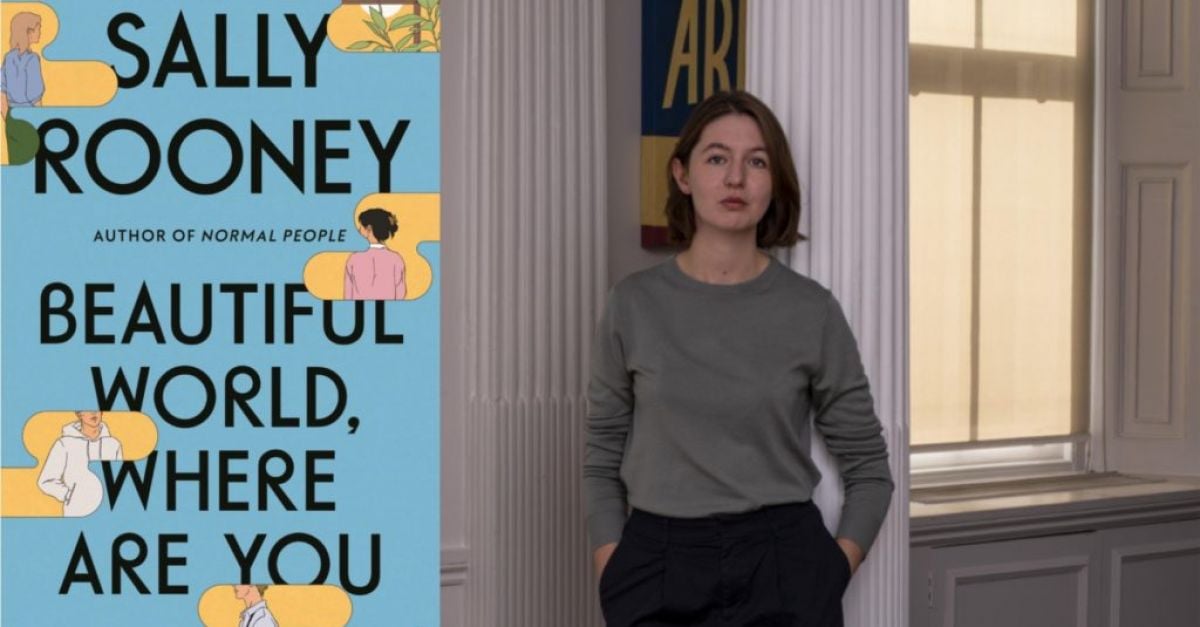 One of Ireland and Britain’s biggest booksellers has said Sally Rooney’s new novel is already the best-selling fiction title of 2021 – after only three days of sales.

Overseeing the operation of more than 280 bookshops across Ireland and Britain, Mr Daunt said: “It is incredible. It is absolutely fantastic.”

He said: “It is astonishing. Maybe astonishing is the wrong word as we were expecting sales to be enormous.”

He added: “Sales are running at double Normal People. It is a fantastic reception to the novel. We are really pleased for Sally Rooney. Our booksellers love her. She has been so generous and kind with her time and effort over the years and everyone is really happy for her.”

The company operates Hodges Figgis in Dublin and branches of Waterstones in Cork and Belfast. On Monday, the Castlebar writer signed copies for fans at the Waterstones flagship store at Piccadilly in London ahead of publication.

Mr Daunt said that since Waterstones reopened after lockdown book sales “have been incredibly strong”.

He said the appeal of Ms Rooney’s books are that they are “beautifully written and quietly and surreptitiously clever and they capture the nature of relationships and human emotion in a very wise and compelling way. At the same time, they have this wonderful narrative drive to them.”

Mr Daunt said the publication of the Sally Rooney novel “has filled up the shops again and sets us up for what is a crucial time of the year and we need a good Christmas to get us back into shape after what has been a pretty terrible 18 months”.

The store manager at Hodges Figgis in Dublin, Tony Hayes, said on Thursday that sales of the new Sally Rooney novel since Tuesday morning “have been non-stop”.

He said: “They are walking out the door. We did an early morning opening on Tuesday and sales of the book never stopped the entire day.”

Out of the Waterstones 280-strong store network, Mr Hayes said Hodges Figgis has sold the most copies of the novel to date.

He said: “We are leading the pack and it has been phenomenal. It will be our best-selling fiction title by a mile this year. Even today, sales of the novel are fantastic.”

Mr Hayes said the Rooney novel has lifted the book sales of other writers since its release with people buying other books along with their copy of Beautiful World Where Are You.

He said Hodges Figgis has sufficient copies in stock and on order to meet current demand, and that business was good considering the current absence of office and tourist trade.

Brendan Corbett, the head of marketing at Easons, said on Thursday that all sales indications are showing that the Rooney novel is “the fastest selling book of the year so far for us”.

Figures on Thursday provided by Nielsen Books show that Rooney’s other two novels, Normal People and Conversations with Friends, have generated revenues of €10.9 million in the UK and Ireland after selling over one million copies.

Rooney will receive a fraction of the millions generated by her book sales as the lion’s share is shared between retailer and publisher.

Typically, authors receive around 10 per cent of the net price paid by retailers to publishers as a royalty. On a paperback version of a book priced €8.99, an author would expect to receive around 45c per copy.

UK cities and towns to lose 500,000 jobs due to pandemic, report warns