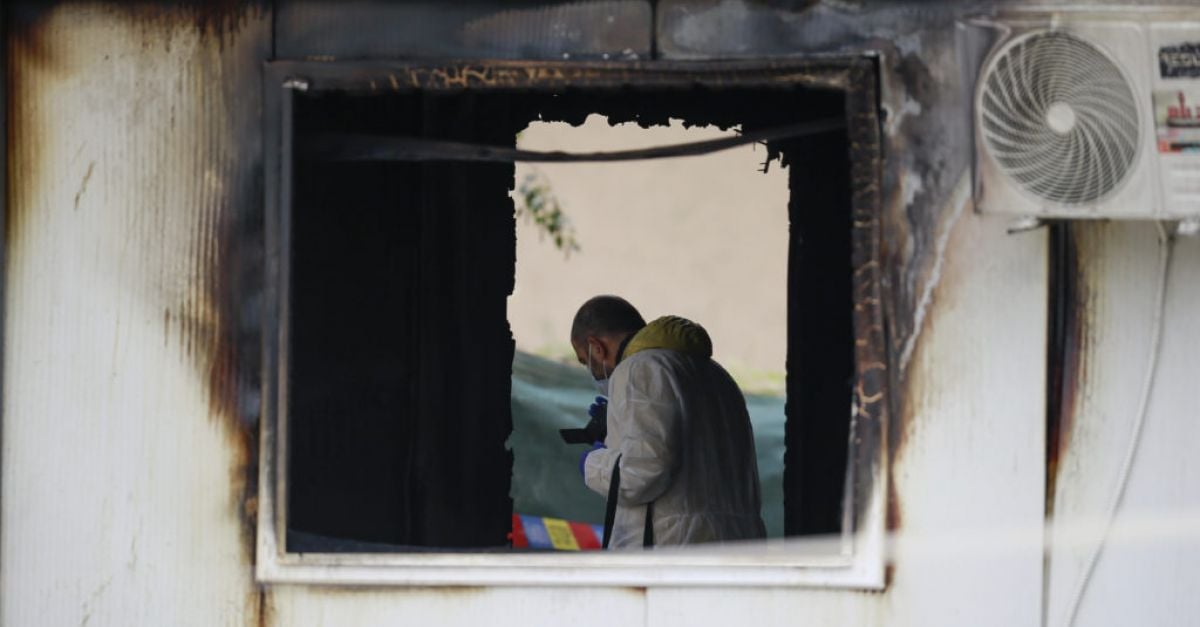 Forensic experts have identified the 14 victims of a fire in a Covid-19 field hospital in North Macedonia as 12 patients and two visiting relatives.

The fire broke out late on Wednesday in the western town of Tetovo, destroying the facility within minutes. Twelve people were also injured.

The blaze is believed to have started by accident, although an investigation is still under way. Witnesses and officials have said an explosion preceded the fire.

The public prosecutor’s office said the dead were eight women and six men who ranged in age between 29 and 78.

“It all lasted three to five minutes,” Mr Nuredini said, adding that medical staff and patients’ relatives who were outside all tried to help extinguish the flames.

Prosecutors have hired an electrical engineering expert to help determine how the blaze broke out.

Medical staff and witnesses have also been questioned, and prosecutors have ordered the confiscation of all documentation on the construction of the facility to check for potential omissions.

Fires in Covid-19 hospitals or wards have cost dozens of lives in other countries, including Iraq and Romania.

Nineteen field hospitals, funded by a World Bank loan, have been set up across North Macedonia over the past year. Health Minister Venko Filipce has said all 19 were constructed according to the specifications and standards laid out by the World Bank.

North Macedonia has said it is accepting an offer from other NATO allies to send fire experts. The government announced that a team from Germany’s Federal Criminal Police Office will join the investigation.

President Stevo Pendarovski has said the investigation would be completed within five days, and that indications are the fire was not set deliberately.