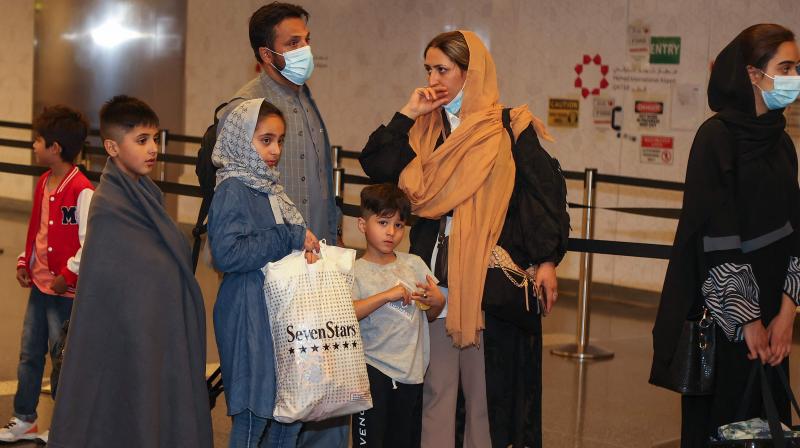 Washington: Another 32 US citizens or permanent residents left Afghanistan with Washington's support on Friday, the White House said.

Nineteen US citizens were onboard a Qatar Airways flight, the second in as many days, from Kabul while two US citizens and 11 US permanent residents left Afghanistan by land, National Security Council spokeswoman Emily Horne said.

She renewed gratitude to Qatar, which was already the transit point for about half of the 123,000 people airlifted out of Afghanistan as the pro-Western government crumbled and the Taliban took over.

"Today's departures demonstrate how we are giving Americans clear and safe options to leave Afghanistan from different locations," Horne said in a statement.

"We will continue to provide proven options for leaving. It is up to Americans who remain whether they choose to take them."

Twenty-one US citizens or permanent residents were on a first Qatar Airways flight that left Kabul on Thursday.

A State Department spokeswoman, Jalina Porter, said that 44 US citizens or permanent residents were offered seats on the latest flight.

Around 100 Americans remain in Afghanistan, she said. Most are believed to be dual nationals or have other deep connections to Afghanistan.

The White House on Thursday had praised the Taliban as "businesslike" in allowing the departures — a positive sign as Washington decides whether it can work with the Islamists it battled for two decades.

‘The Longest Shadow’: 9/11 leads to the militarization of US police departments

US honors 9/11 dead on 20th anniversary of attacks