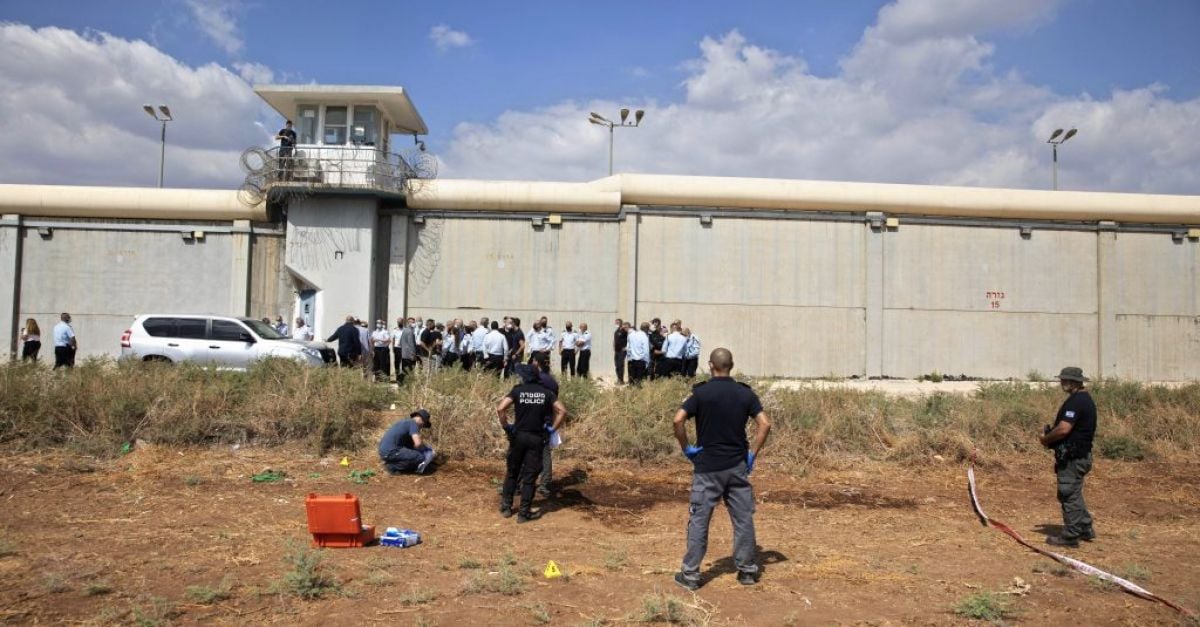 Israeli police said they had caught two of the six Palestinians who broke out of a maximum-security jail this week in a daring prison raid that has captured the country’s attention.

Shortly afterwards, Palestinian militants in the Gaza Strip fired a rocket toward Israel that the Israeli military said was intercepted by air defences.

No Palestinian group claimed responsibility for the rocket attack, which is believed to be linked to the re-arrest.

Police said the two were caught in the Arab-majority city of Nazareth in northern Israel on Friday night. The announcement identified them as Mahmoud Aradeh and Yakub Kadari — members of the Islamic Jihad militant group who were both serving life sentences. They showed no resistance.

A video circulating on social media showed Israeli police shackling a man from his feet into the backseat of a police vehicle and asking the suspect for his name.

The man, wearing jeans and green T-shirt, calmly identifies himself as Kadari and answers “yes” when asked whether he is one of the escapees. Kadari was serving two life sentences for attempted murder and bomb planting.

The six Palestinians tunnelled out of the Gilboa prison on Monday, setting off a manhunt across Israel and in the West Bank.

For the Palestinians, the fugitives were “heroes” who succeeded in freeing themselves from multiple life sentences. Fighting against Israel and taking part in attacks against the Israeli military or even civilians is a source of pride for many.

In the Gaza Strip as well as in the West Bank, Palestinians had organised sit-ins and joyful gatherings to celebrate the prison break.

The escapees included four members of the militant group Islamic Jihad who were serving life sentences as well as Zakaria Zubeidi, a well-known militant leader from the second Palestinian uprising in the early 2000s. All of the prisoners are from the nearby city of Jenin in the occupied West Bank.

As soon as the news about the capture of the two fugitives was confirmed on Friday, a flurry of bitter posts expressing disappointment and shock filled the Palestinian social media sphere.

There was no immediate reaction from the Palestinian Authority, but Abdeltaif al-Qanou, a spokesman for the Gaza-ruling Hamas movement, said despite the re-arrest, the prisoners have “scored a victory and harmed the prestige of the Israeli security system”.

The escape has exposed major flaws in Israel’s prison service and set off days of angry criticism and finger pointing. It has also increased tension between Israel and the Palestinians.