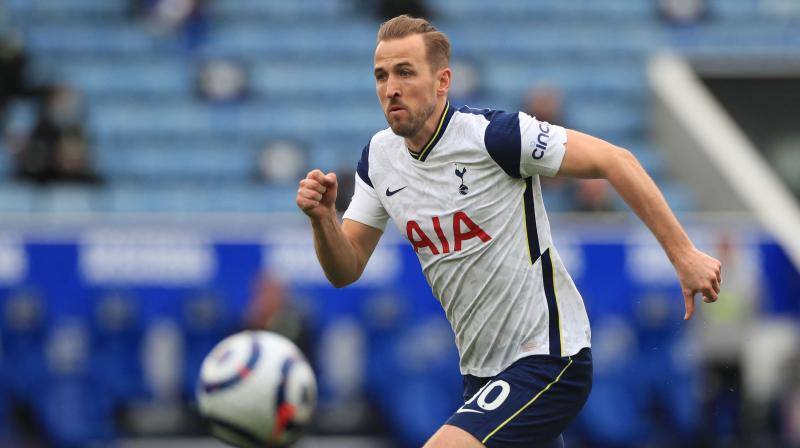 London: Harry Kane announced on Wednesday he will remain at Tottenham this season, ending speculation over his future with Manchester City interested in the England captain.

Kane had made clear his desire to leave his boyhood club in the quest to end his wait for the first trophy of his career.

However, the 28-year-old was warmly welcomed back by the Tottenham support as he made his first appearance of the season as a substitute in a 1-0 win at Wolves last weekend.

"It was incredible to see the reception from the Spurs fans on Sunday and to read some of the messages of support I've had in the last few weeks," he posted on Twitter.

"I will be staying at Tottenham this summer and will be 100% focused on helping the team achieve success."

Kane is Tottenham's second top goalscorer in history with 221, just 45 off the record held by Jimmy Graves.

Yet, his prolific record has not been able to end the north London club's 13-year wait for silverware.

He still has three years left to run on a six-year contract signed in 2018 that left Spurs chairman Daniel Levy with the leverage to demand a fee well in excess of the £100 million ($137 million) Premier League record City paid Aston Villa for Jack Grealish earlier this month.

Levy will be hoping keeping hold of Kane can help fire Tottenham back into the Champions League next season after missing out for the past two years.

Spurs have made a bright start under new manager Nuno Espirito Santo, beating City 1-0 without their star striker on the opening weekend of the season before extending their 100 percent start at Molineux.