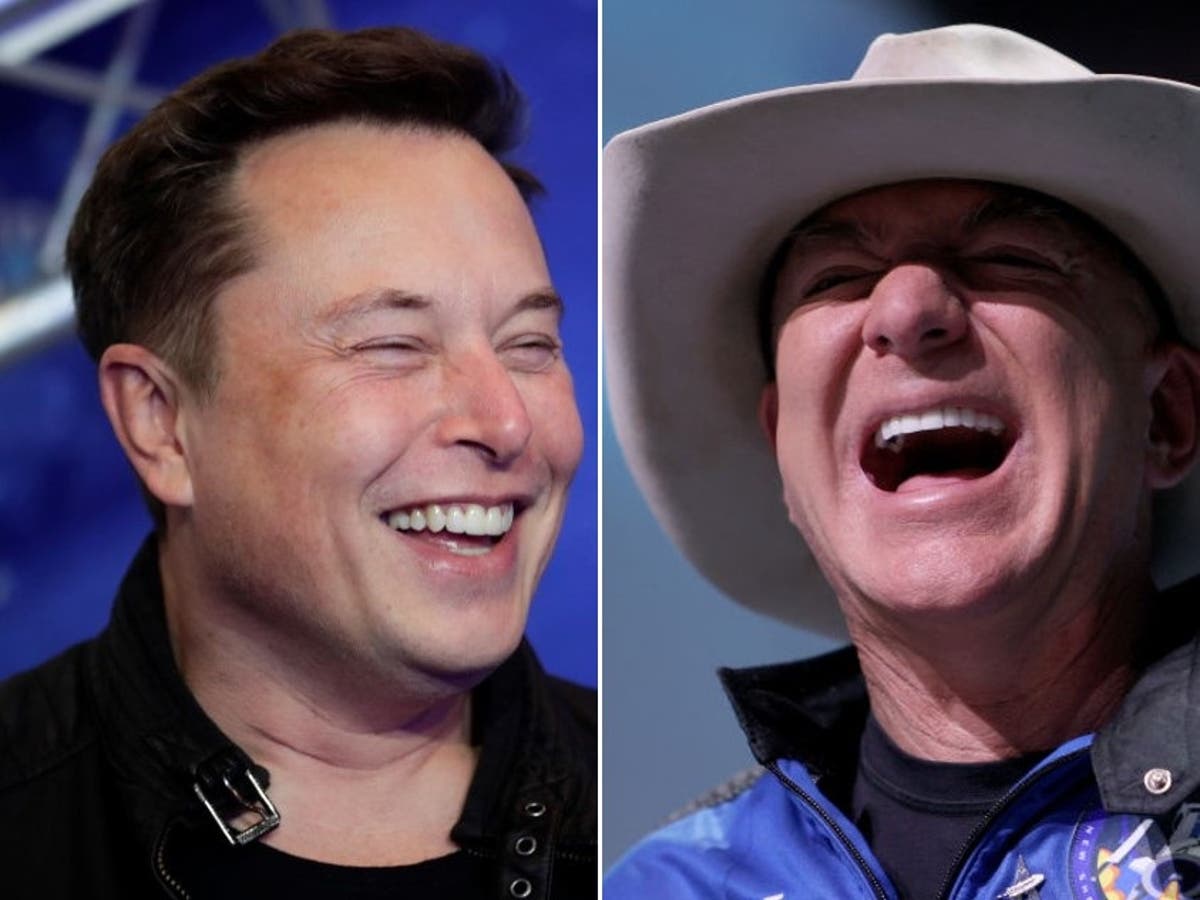 The similarity was quickly spotted by members of a SpaceX fan forum on Reddit, with one popular post titled “Hey Elon, can I copy your homework?”

SpaceX is currently preparing for an orbital test flight of its next Starship rocket, named SN20, having already achieved a high-altitude flight and landing of the craft.

Blue Origin’s Jarvis propellant tank is expected to begin ground-based tests next month, leaving it well behind Starship in terms of overall development.

The images of the rocket, first published by Ars Technica, were captured at Launch Complex 36 at Cape Canaveral Space Force Station in Florida.

It is the latest in a series of online jabs between the two richest people on the planet, who have a combined net worth of $385 billion according to the Bloomberg Billionaires Index.

SpaceX achieved a major coup earlier this year by securing a $2.9 billion contract with Nasa to develop Starship into a lunar lander for the Artemis program.

Blue Origin responded by launching a lawsuit against Nasa, claiming that there were “fundamental issues” with the decision to award SpaceX the contract.

Mr Musk responded by saying that “if lobbying and lawyers could get you to orbit, Bezos would be on Pluto right now”.

As a result of the lawsuit, Nasa was forced to temporarily halt work with SpaceX until November, posing a major obstacle towards reaching the 2024 deadline set out by the US space agency.

“In exchange for this temporary stay of work, all parties agreed to an expedited litigation schedule that concludes on 1 November,” Nasa said in a statement.

“Nasa officials are continuing to work with the Department of Justice to review the details of the case and look forward to a timely resolution of this matter.”