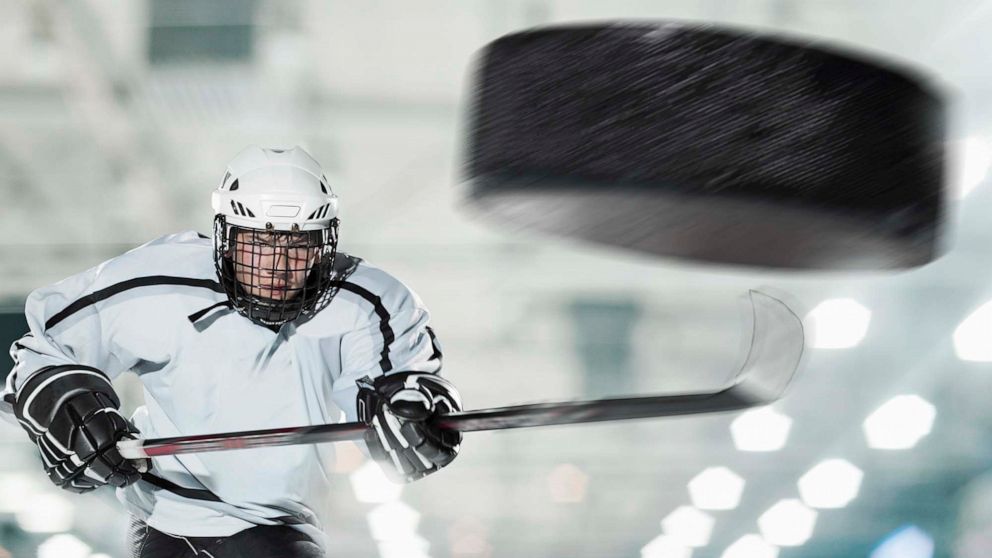 Predictive eye movement research shows that the brains of hockey fans may share a similarity with retired star Wayne Gretzky’s. Just as the Great One didn’t skate to the hockey puck, but to where it was going, fans’ brains have learned to follow the action on ice without even seeing the puck.

“That’s a really great observation because it’s all about prediction,” said James Elder, a human and computer vision researcher at York University in Toronto.

Researchers have long noted lag time between when our eyes track activity of small, fast-moving objects since it takes processing time for our brains.

“We have a very wide field of view, which is important for a lot of reasons. If you step off the curb, you want to know if a car is barreling towards you,” said Elder. But our fovea — the small area at the center of our retinas with tightly packed photoreceptors — allows us to see things in the center of our vision with high resolution. Humans typically move this fovea, the focus of our vision, two or three times a second while tracking something of interest.

But in many cases our eyes are trained to follow fast activity through the context of what’s happening around the object.

Researchers in Germany had been studying how fast human eyes can follow dots of light as a way of understanding the brain better. They connected with Elder and his team, who were developing a kind of automatic system called AttentiveVision that cameras could use to track the action in ice hockey games without the use of professional videographers.

Alexander Goettker, a postdoctoral researcher with the Justus Liebig University Giessen in Germany and the lead author of the study published recently in the journal Current Biology, had 15 participants watch hockey videos and tracked their eye motions as the pucks moved across the screen.

Some videos only showed pucks on a gray screen with the players removed, while others had a puck moving on a rink with nets, but still without players. The black discs on the screen appeared to move erratically, similar to a fly. It took observers about 150 milliseconds to catch up with the quick changes in the direction the puck took.

“If you have such unpredictable movements, you have a constant lag behind it,” Goettker said.

But in videos showing real hockey games from the York University Lions varsity women’s and men’s teams, the eye motions of the viewers didn’t have that delay. When they saw one player make a pass, their eyes would immediately jump to the player they expected to receive the pass.

“You can use these contextual cues to overcome your internal processing delays,” Goettker said. “Our brain is really good at making predictions about what is going to happen next.”

Nick Fogt, a professor of optometry at Ohio State University in Columbus who was not involved in this research, studies predictive eye movements as well, but in the context of seeing how expert baseball players, for example, direct their gaze toward pitches compared to how amateurs do. His team seeks to help amateur players perform more like the experts through better gaze direction.

He said he was interested to see that the participants in the hockey study were basically average fans — hockey is not a popular sport in Germany. He was surprised to see these relatively novice viewers still able to use the clues and context to follow the puck similarly to players or long-time fans.

“Here we have people passively watching and they still use gaze strategies you’d expect when you’re in the game,” he said. “It is a super interesting study.”

Goettker said the next step would be to compare these German observers’ predictive eye movements with those of rabid hockey fans — probably from Elder’s lab in Canada — to see if there are differences between expert viewers and relatively naive viewers. Another possibly interesting area of research would be to see how viewers’ brains and eyes react to attempts at deception, such as fake passes, compared to the passes or shots players actually make.