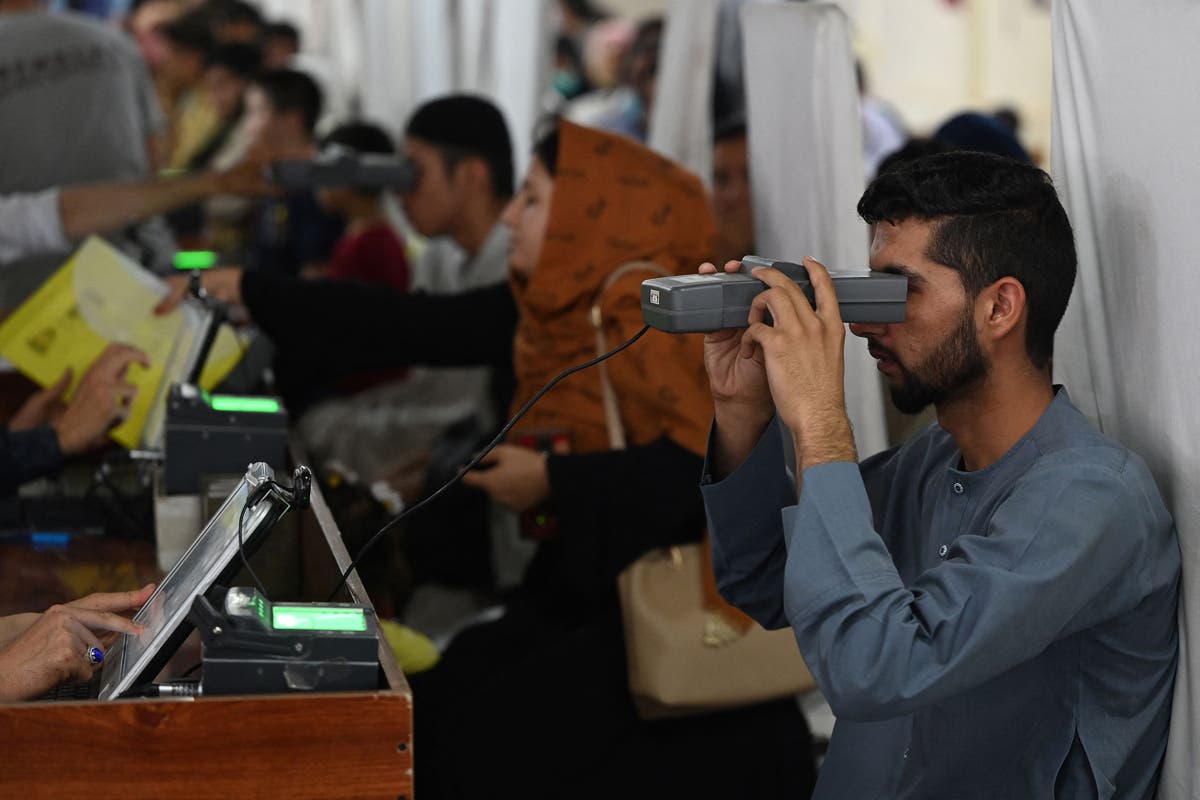 There are growing concerns that the Taliban, after taking control of Afghanistan, has gained access to biometric databases made with the help of US-built military devices, using which they could identify and target Afghans.

“We understand that the Taliban is now likely to have access to various biometric databases and equipment in Afghanistan, including some left behind by coalition military forces,” Human Rights First, an international human rights organisation based in New York City and Washington, noted.

One such handheld biometric device, known as the Handheld Interagency Identity Detection Equipment (HIIDE), was initially developed by the US government to identify insurgents.

Using the device, western coalition forces collected and matched the iris, fingerprint and facial scans of over a million Afghans against a database of biometric data.

The biometrics initiative was initially tested in 2002. Its goals then were to prevent criminals and Taliban insurgents from infiltrating the Afghan army and police force, multiple task forces, with the Afghanistan government beginning to apply the system for improving the ease and efficiency of processing licenses.

Amid reports that the Taliban is preventing Afghans from reaching the airport in Kabul, it’s more important than ever that our allies & other at-risk Afghans know how to protect their online identities from the Taliban.

The US army’s Biometrics Task Force in Afghanistan, announced a goal to gather biometric data on 80 per cent of Afghanistan’s estimated 25 million citizens, according to investigative reporter Annie Jacobsen, who pointed this out in her recent book First Platoon.

“The two-year goal set by the Defence Department was 21 million sets of fingerprints, iris scans, and in some cases DNA, starting with all military-age males. By the fall of 2011, the Defence Department had biometric data on more than 2 million people in Afghanistan. Data it had uploaded into its proprietary ABIS database,” Ms Jacobsen wrote in her book.

While it is unclear if the US army’s goal was reached, some of these HIIDE biometric devices were seized by the Taliban during their offensive last week, The Intercept reported, quoting US military officials.

Experts, including those from Human Rights First, have cautioned these handheld devices could provide the Taliban access to biometric and biographic data, including of those who aided coalition forces.

Although it is currently unclear if the Taliban has gained access to the biometric data, the risk to individuals whose data is stored on such systems is very high.

Back in 2016 and 2017, there were reports of the Taliban stopping buses and conducting biometric checks of passengers to determine if there were government officials on the bus, said a report by Privacy International, a UK-based charity that works at the intersection of technology and human rights.

“The risks posed by the development of biometric databases in Afghanistan were starkly illustrated when local journalists reported in 2016 and 2017 that Taliban insurgents were stopping buses and using biometric scanners to identify and execute any passengers who were determined to be security force members,” the report noted.

In one such bus ambush, the Taliban took 200 passengers hostage, used government biometric systems to look for security force members and executed 10 people on the spot, according to a local news report from Afghanistan in 2016.

These concerns have increased after reports of the Taliban going door-to-door across the country, looking for those who worked for the coalition forces or the previous government.

Particularly at risk are individuals in central positions in the Afghan military, police and investigative units.

Human Rights First, in a recent fact sheet, has outlined some ways in English, Pashto and Dair for Afghans to avoid recognition from the Taliban, based on biometric data.

The organisation, however, warned that outdoing technology could be tricky and involve risk.