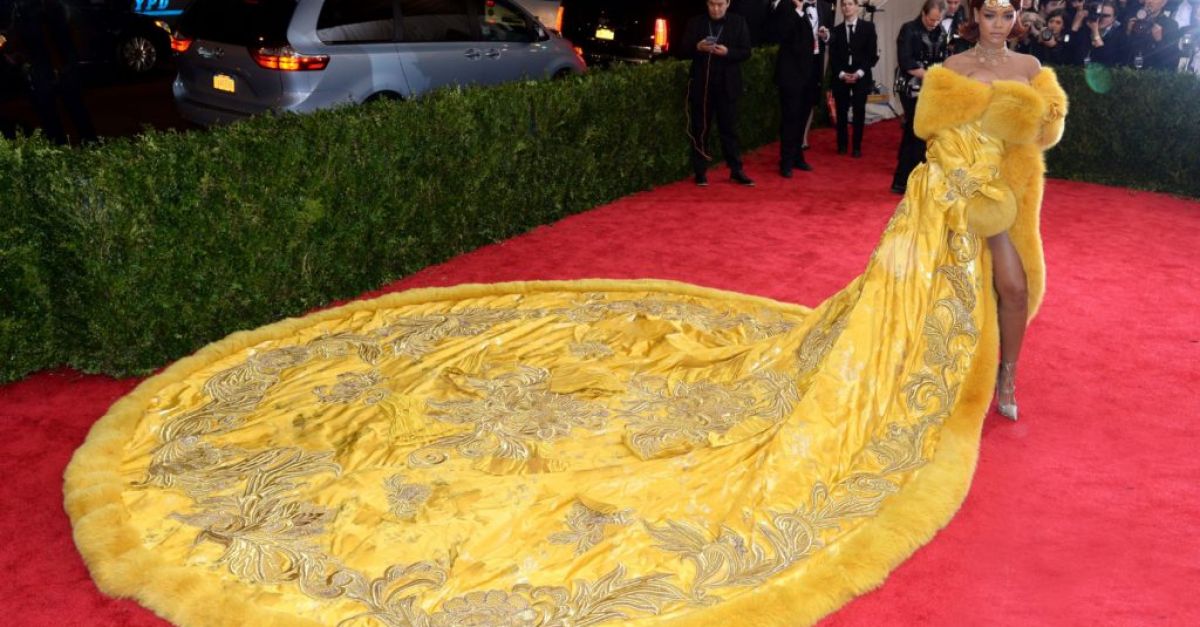 After over a year’s delay, the Met Gala is back.

Cancelled in 2020 and delayed from its normal slot on the first Monday in May, this year’s theme is In America: A Lexicon Of Fashion – based around the Metropolitan Museum of Art exhibition set to open on September 18th.

It will be the first instalment of a two-part exhibition series at the Met. The second – and the theme of next year’s Met Gala – is In America: An Anthology Of Fashion.

There is a sense of youthful excitement around this year’s event, as the co-chairs are an eclectic bunch of young changemakers: Timothee Chalamet, Billie Eilish, Amanda Gorman and Naomi Osaka.

Even though restrictions mean this year will be a slightly smaller event than usual, it will still be star-studded and provide plenty of eye-catching moments. After all, the Met Gala is no stranger to creating buzz. These are some of the most viral moments from its history…

What? Cher wearing a sequinned and feathered Bob Mackie creation in 1974.

Why was it viral? This outfit went viral before the internet even existed. It epitomises the long-lasting relationship between Cher and designer Bob Mackie: disco-inspired, nearly nude, sequinned, feathered and paired with poker-straight, uber long hair. It’s one of Cher’s most memorable – and widely copied – dresses.

What? 1996 was the only time the Princess of Wales attended the Met Gala – and she chose a good year for it, as the theme was simply ‘Christian Dior’.

Why was it viral? This is another outfit predating social media, but Princess Diana wearing a Dior slip dress – need we say any more?

Why was it viral? Moss was the perfect co-chair for this year’s Met Gala, as the theme was The Model As Muse: Embodying Fashion. Her backless, metallic outfit had it all – but is best remembered for the impossibly chic turban.

What? Rihanna wearing a yellow Guo Pei creation in 2015.

Why was it viral? It was the outfit that sparked a million memes, and the beginning of a shift in the Met Gala dress code towards outfits that actually adhered to the theme. While the memes were undoubtedly funny (particularly when the train was reimagined as an omelette), it was also an astounding piece of craftsmanship, taking two years to make.

What? Beyonce wearing Givenchy in 2015.

Why was it viral? Made of only a few sequins and see-through netting, this risque outfit really got people talking.

What? Claire Danes wearing a Cinderella-style Zac Posen gown in 2016.

Why was it viral? There’s no doubt the dress is beautiful, but there have been plenty of gorgeous outfits on the steps of the Met. What set this outfit apart was the theatrics that came with it – fibre optics had been sewn into the material, meaning when the lights went off it glowed like something out of a fairy-tale.

Why was it viral? Choosing to wear trousers and a train in the same outfit would already have caused a stir, but the most noteworthy thing about Watson’s ensemble is what it was made out of: recycled plastic bottles. It made an environmental statement, while still looking chic.

What? Rihanna wearing jewel-encrusted Margiela in 2018.

Why was it viral? Because only Rihanna could dress up as the pope and make it seem like the most fashionable thing ever.

Why was it viral? Gaga never does things by halves, and to co-host the 2019 event she made the steps her stage. Instead of wearing just one outfit like everyone else, she slowly stripped off to reveal four different designs – ranging from a voluminous dress to a skimpy bikini, all in black and hot pink.

What? Cardi B wearing oxblood Thom Browne in 2019.

Why was it viral? Amongst stiff competition, Cardi B might have edged her way to win ‘biggest train’ at the 2019 Met Gala. She needed a whole team to help her make her way along the red carpet – with lots of people on social media comparing her look to a high fashion duvet.

Why was it viral? Love her or hate her, Kardashian West’s daring outfit certainly set tongues wagging. Not only did she bring Mugler out of retirement to design this latex dress, she wore a corset so tight it almost defied logic. Some people on social media speculated whether Kardashian West had a rib removed to achieve this look – something she later debunked, while admitting it was painful to wear.

The downside of working from home