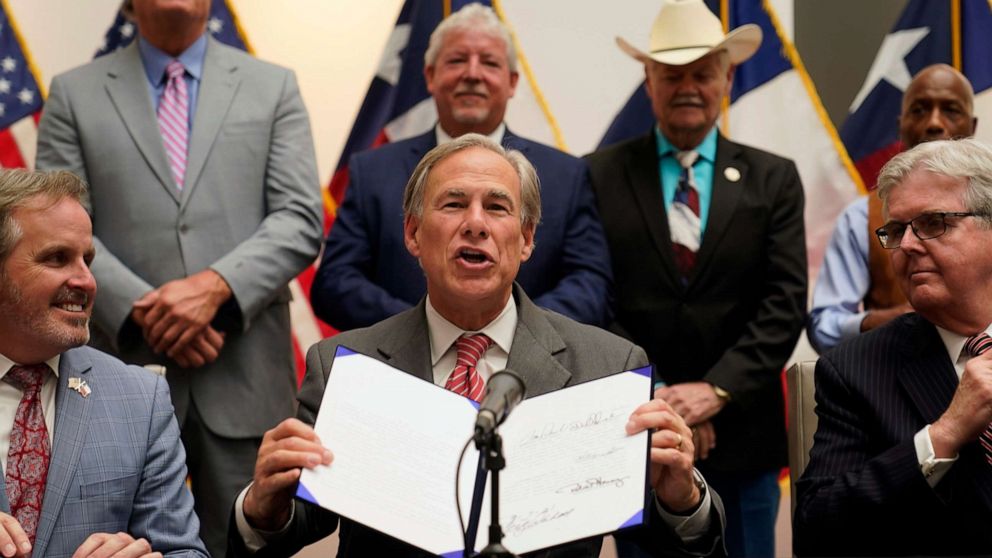 Three months and two special sessions after Texas House Democrats engaged in the first of three quorum breaks over the Republican-backed legislative priority of “election integrity,” the final version of the bill officially became law on Tuesday.

In its final form, Senate Bill 1 revises the state’s election laws to tighten ballot access and administration. Some of the provisions outlined in the legislation also appear to be responses to efforts taken by Houston-area officials in Harris County to broaden ballot access during the 2020 general election amid the coronavirus pandemic.

Although there was no evidence of widespread fraud across Texas following the 2020 election, Republican proponents of the legislation claim it seeks to restore voter confidence in the state’s election parameters.

“One thing that all Texans can agree [on], and that is that we must have trust and confidence in our elections. The bill that I’m about to sign, helps to achieve that goal,” Gov. Greg Abbott said at Tuesday’s bill signing ceremony in Tyler, Texas.

Republican supporters of the legislation — including the state’s Lt. Gov. Dan Patrick — also praised the bill as a tool for deterring “cheaters” from casting fraudulent ballots.

“Texas turns out voters because they have confidence that our elections are always going to be fair and Senate Bill 1 will give them even more confidence. We want to see more people vote, we want to see them vote fairly and we don’t want the cheaters to undermine our elections,” Patrick said during the bill signing ceremony.

The bill’s transcendence into law signals a political win for Abbott, who made “election integrity” a priority over the course of two special legislative sessions. The move also echoes Abbott’s political alignment with former President Donald Trump, who baselessly attacked the nation’s election processes after his presidential loss in November.

Meanwhile, Texas Democrats insist they will continue to push back politically.

“The signing of this harmful bill will only make us more determined,” Texas Democratic Party Chair Gilberto Hinojosa said in a statement Tuesday.

Democrats in the state legislature had been battling the legislation for months. After breaking quorum in May to prevent the first iteration of the bill from passing by not providing enough members to pass legislation, House Democrats fled to Washington, D.C. ahead of a subsequent July special session in hopes of working with federal lawmakers to push for national voting rights legislation.

Their exit brought the legislature to a halt until Abbott called for a second special session in August. Faced with a reemerging COVID-19 crisis at home, enough Democrat lawmakers returned to Austin to clear a quorum and watch the Republican majority put the bill over the finish line.

The legislation goes into effect in December, three months following the end of the latest special session, at which point it will officially ban drive-through and 24-hour voting sites, both of which were widely utilized in the populous and diverse Harris County — one of the state’s few deeply blue political areas.

The new law will also make it a state jail felony for election officials to proactively send applications for mail ballot requests to voters if the voters themselves did not request the documents. During the 2020 campaign season, Harris County election officials attempted to send mail ballot applications to millions of the county’s registered voters, but the effort was halted by the Texas Supreme Court.

Under the new law, poll watchers will have “free movement” within polling places. They will also have the ability to “observe all election activities” including the closing of polling places and the transfer of election materials. Although the provision prohibits poll watchers from observing voters as they fill out ballots, the legislation makes it a criminal offense if an election official “knowingly prevents a watcher from observing an activity,” while also prohibiting officials from refusing to accept watchers into a polling place.

Voting rights advocates consistently criticized these provisions as creating ballot access hurdles for people of color. In response, Republicans frequently touted the new law’s expansion of early voting hours, which will mandate that counties with populations of 55,000 people or more provide at least 12 hours of early voting during the second week of the early voting period.

Republicans also removed a highly controversial provision that was outlined in a failed version of a “voter integrity” bill and limited the start of Sunday early voting hours. That measure was seen as a direct response to “souls to the polls” voting mobilization traditions in Black churchgoing communities and was often cited in criticisms from Democrats throughout their second quorum break. The ensuing fallout of the now-defunct provision spurred lawmakers to add an hour to the early voting time frame on Sundays to the bill signed by Abbott.

The effects of S.B 1 would play out just as the 2022 midterm election cycle gears up across one of the nation’s emerging political battlegrounds, but at least two federal lawsuits filed in Austin and San Antonio were already contesting the law’s legitimacy before Abbott signed the bill into law.

Meanwhile Texas Democrats — many of whom hoped to stall the legislation in July by breaking quorum and camping out in Washington, D.C. — continue to put pressure on federal lawmakers to act.

“Senate Bill 1 will go into effect on December 3rd. With the deliberate barriers to voting created by this legislation and redistricting just around the corner, we need the U.S. Senate to act immediately on the John Lewis Voting Rights Act. Our democracy depends on it,” Texas House Democratic Chair Chris Turner said in a statement.