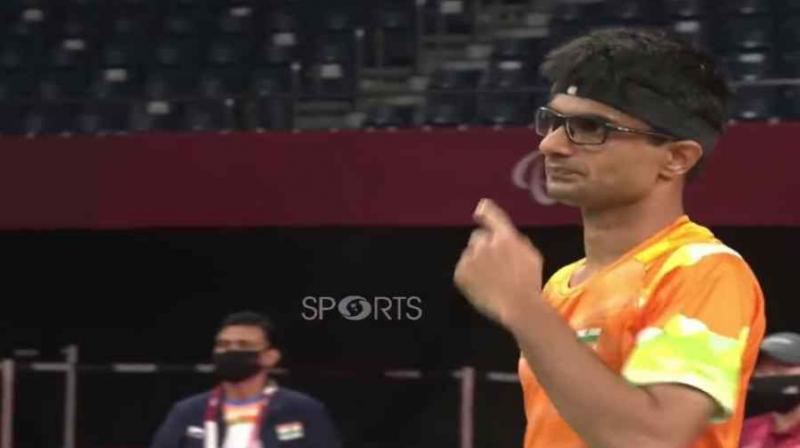 Suhas, who has become the first civil servant from the country to represent India in the Tokyo Paralympics, dominated the proceedings and completed the match in 19 minutes with a straight-set victory.

Niklas Pott had no answers to Suhas' shots. Suhas will lock horns in his second group stage match on Friday.

Earlier in the day, shuttler Palak Kohli and Parul Parmar went down 0-2 against second-seeded Huihui MA and Hefang Cheng of China in their first Group B match.

On Wednesday, in an all-Indian affair, top seed Pramod Bhagat defeated Manoj Sarkar in the Group Play Stage – Group A.

Bhagat defeated Sarkar 21-10, 21-23, 21-9. The entire match lasted for 56 minutes. The top seed Bhagat dominated the first game and he managed to win it comprehensively.

However, the second game went back and forth and it was Sarkar who managed to win, sending the match into the third and deciding game.