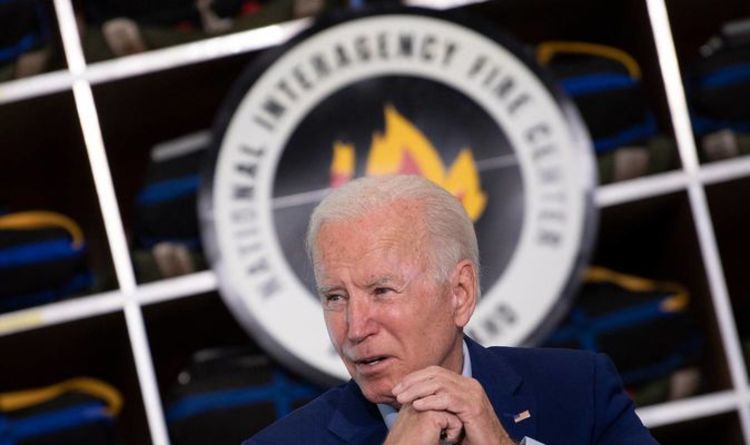 Viewers of the wildfire briefing in Idaho were perplexed after the White House cut off mid-sentence just as he was about to ask a question to attendees. George Geissler of the National Association of State Foresters allowed the President to ask his question but as he was preparing his query the White House cut to a screen thanking people for watching. Viewers were confused why Mr Biden’s question was cut, with many believing the President’s history of gaffes had something to do with it.

Mr Biden visited Boise, Idaho to speak with wildfire and forestry organisations about climate change and the wildfires which have hit the country over the past year.

But during his appearance at the National Interagency Fire Center at Boise Airport, Mr Biden was invited to ask questions which was then cut from the live stream.

He was heard asking: “One of the things that I’ve been working on with some others is…”

The stream then cut with a screen thanking people for watching. 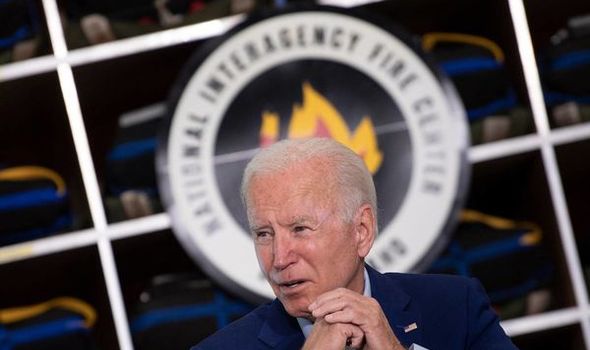 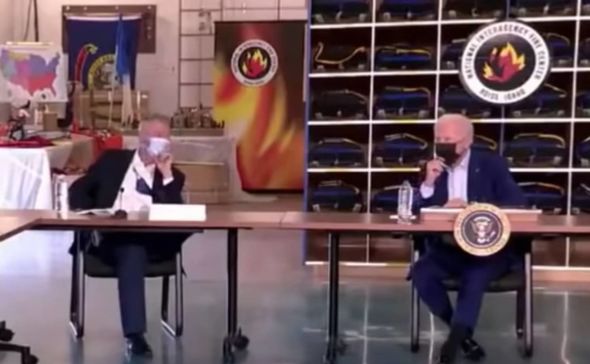 One wrote: “When the boy goes off-script.”

Another added: “Why would they cut the feed? We might have learned when they’re sending General Lee to Afghanistan. So many unanswered questions!”