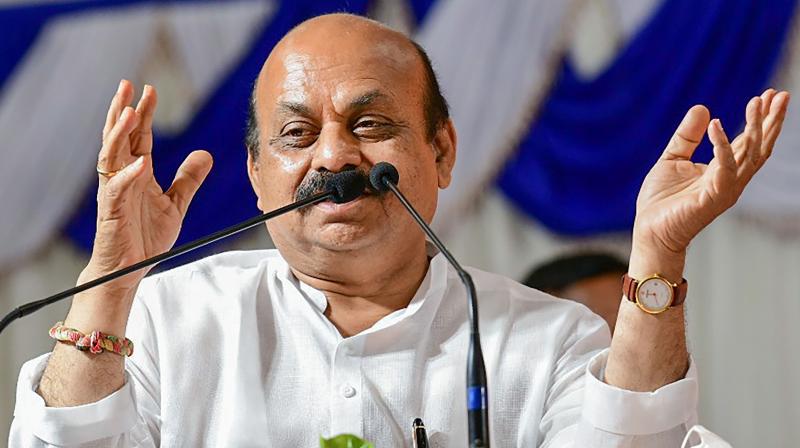 Bengaluru: Ahead of his New Delhi visit, Karnataka Chief Minister Basavaraj Bommai on Tuesday said there will be no discussions with the BJP central leadership this time, regarding filling up four vacant cabinet berths.

"There is no programme to meet (BJP National President J P Nadda) as of now. On meeting him at Union Minister Pralhad Joshi's daughter's wedding reception there, I will talk to him," Bommai said in response to a question on meeting Nadda during the Delhi visit.

Speaking to reporters here, he said there will be no discussion on filling up four vacant cabinet berths, with the BJP central leadership, during this visit.

There are currently 30 Ministers in the state cabinet including the Chief Minister, against the sanctioned strength of 34. With too many aspirants, Bommai is under pressure to expand the cabinet and fill up four vacant berths.

The Chief Minister will be on a two-day visit to New Delhi from Tuesday. This is his fourth visit to the national capital, since taking charge on July 28.

"There are various proposals of the state. With Gadkari, I will discuss our PWD and National Highway proposals, with Finance Minister regarding release of funds for centrally sponsored schemes, and with Housing & Urban Affairs Minister during his visit to Bengaluru I had discussed various projects like urban housing and metro extension, I will discuss with him in detail on this once again," he said.

Noting that a strict vigil has been maintained along the Kerala border, Bommai in response to a question said, he has asked experts to gather all the information regarding Nipah virus and its spread, and precautionary measures that need to be taken to prevent it.

"We are monitoring it and we will take all necessary steps to control its spread in the state," he said.