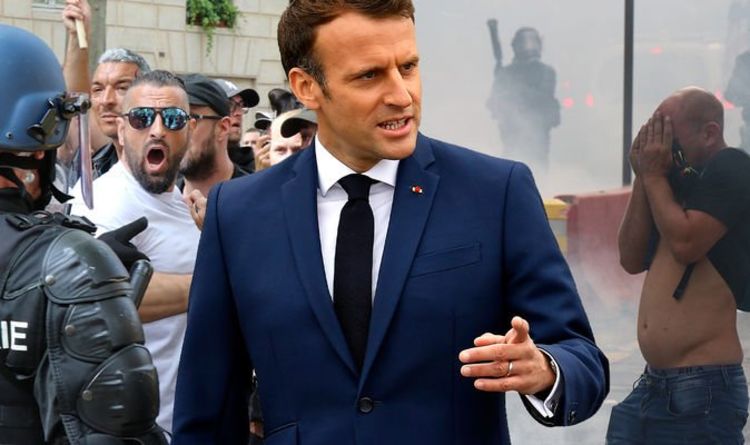 Last Saturday was the ninth consecutive weekend that demonstrators took to the streets across France to voice their opposition to the mandatory health measures, introduced in July. In Paris alone three to four separate protests were organised, all of which were supposed to end at the Place du Palais Royal. The square is home to two of main institutions – the Constitutional Council (Conseil constitutionnel) and the State Council (Conseil d’État.)

However, as protesters approached the end of their march, they were confronted by tear gas and water cannons.

Fabrice Grimal described the ensuing panic and chaos, as people desperately tried to flee the scene.

“The final junction by the Palais Royal has been epic,” he told Express.co.uk

“Barely arrived, the people have been trapped in a luxury cage between the magnificent walls of Le Louvre and the arcades of Rivoli street. 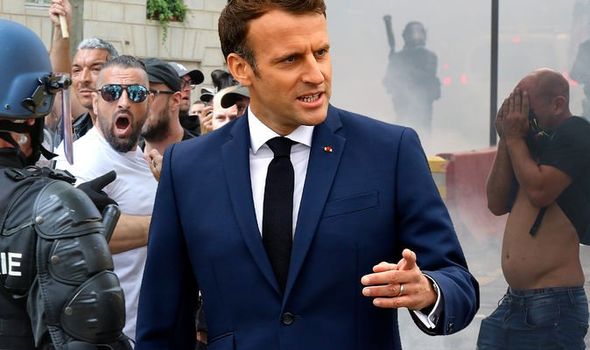 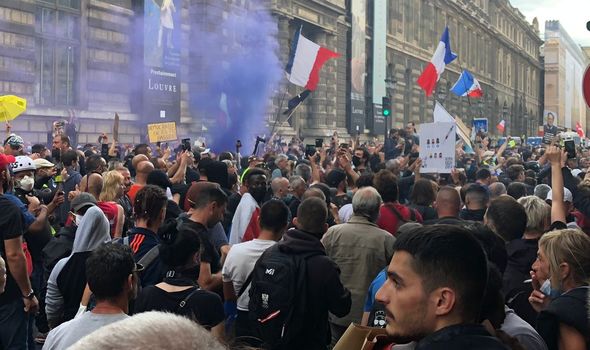 “We had there an episode that reminded us of the great times of Yellow Vests: gas everywhere putting everybody to tears with people fainting all around the place, three water cannons operating at the same time on a small area, causing panic and mass runnings.

“Once out of this hell, we saw a lone police vehicle attacked by protesters who weren’t all from the black blocks.”

The French Interior Ministry said 85 people were arrested in Paris after clashes broke out. 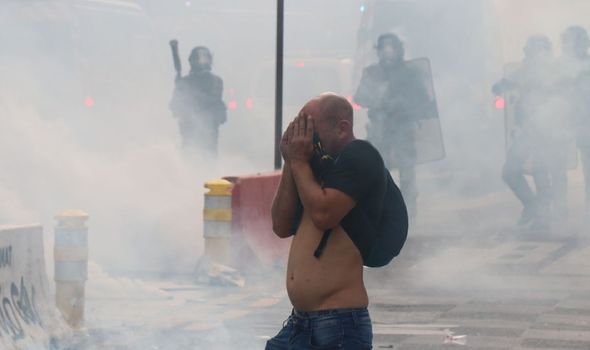 Mr Grimal, who plans to stand as a candidate in next year’s Presidential elections, disputed these figures.

He claimed that President Macron has deliberately been trying to play down the scale of the opposition to his health bill.

“A joke, the same weekly joke every Saturday night.

“We saw the biggest protest since the announcement of the health pass, and we hear on the news that our rallies are each time less crowded. 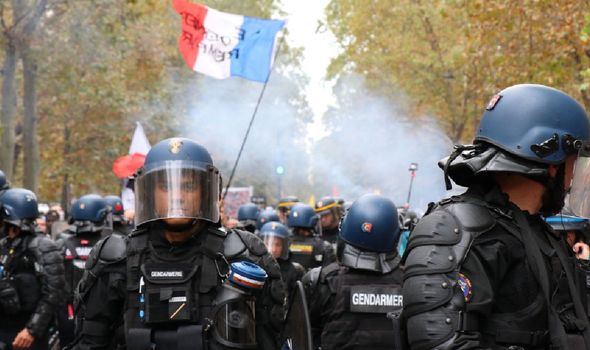 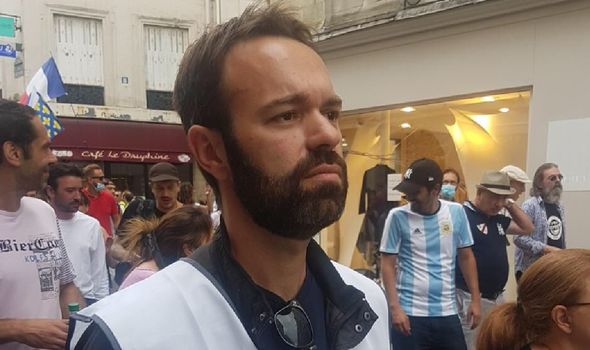 The French President introduced a new law in July that requires people to be in possession of a “health pass” in order to eat out at restaurants, drink at bars, travel on trains and planes and attend cultural venues and sporting events.

Additionally the law mandates health care workers to get a Covid vaccine by September 15 or risk being suspended from work.