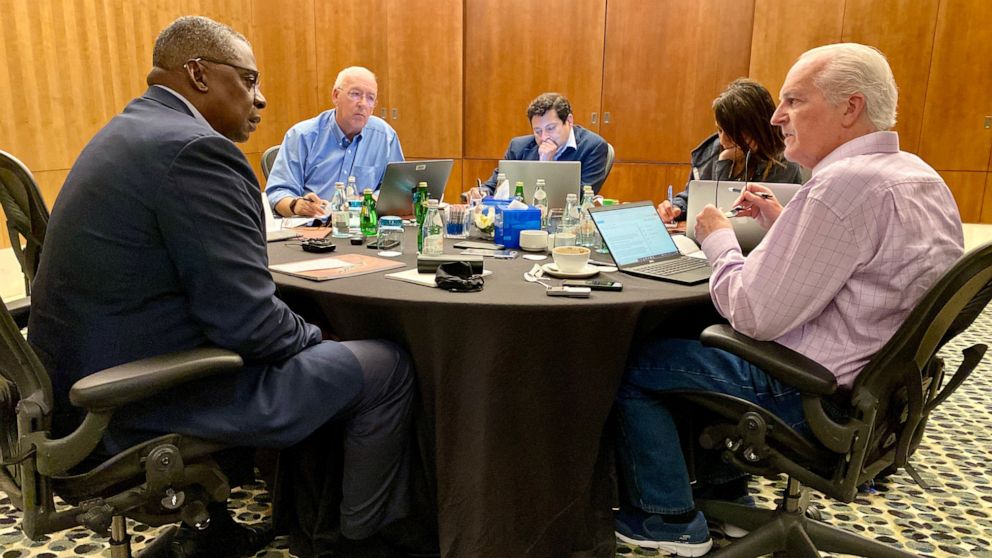 KUWAIT CITY – The United States has not seen evidence that the Taliban’s newly formed government will be as inclusive as promised, and it appears to be “more of the same” with “many of the same actors,” according to Defense Secretary Lloyd Austin.

“I think the whole international community was hopeful that they would be inclusive as they kind of said they would be weeks and months ago,” Austin told a small group of reporters traveling with him to the Middle East. “But we’ve not seen evidence of that early on, and so it appears to be many of the same actors.”

Austin said the U.S. and the international community would continue “to listen to what they’re saying, but we’re watching what they’re doing and right now it just seems that it’s more of the same.”

The Taliban’s new government includes several leaders of the Haqqani network, including the group’s de facto leader Sirajuddin Haqqani, who was named as interior minister. The Haqqani network has been directly tied to violent attacks against American troops over the last two decades.

“We don’t get a choice, a vote in that but, but certainly these are people that I don’t look favorably upon personally, but again, it’s the Taliban government,” Austin said when asked about the inclusion of Haqqani network leaders in the government.

Austin said the United States has “put the Taliban on notice” that it expects them not to allow al-Qaida to regenerate — something he said would demonstrate that they “are serious about being a bona fide government and respected in the international community.”

“They want sanctions lifted, and that sort of business so they have goals and aspirations,” said Austin. “If they demonstrate that they’re going to harbor terrorism, and in Afghanistan, all of that will be very very difficult for them to achieve.”

“I think the international community will hold them to task, quite frankly,” Austin said. “But again our goal is to make sure that that terror cannot be exported from the spaces in Afghanistan to the homeland, and we will remain focused.”

He added that the U.S. military would address any terrorism threats to the United States with its “over the horizon” counterterrorism drone strike capability.

But not having U.S. troops or U.S. intelligence on the ground in Afghanistan may make it more difficult to identify threats and carry out such strikes, something Austin acknowledged to reporters earlier this week.

A veteran of the conflicts in Iraq and Afghanistan over the past two decades and a former commander of U.S. Central Command, Austin embarked on his trip to thank the leaders of Persian Gulf states that provided assistance for the airlift that evacuated 124,000 people from Afghanistan.

“The ability to shuttle back and forth and lift out as many people as we did as fast as we as we did could not have happened without partners and in this region, and in Europe,” said Austin.

Beyond the airlift, his goal is “to always reassure them that first of all, we’re a global nation of global interests, and, and this region will always be important to us,” he said.

“We will have to shift our stance from time to time to focus on what we describe as our main effort and and that’s understandable,” Austin said. “But, but we will always be interested in what is going on in this region.”