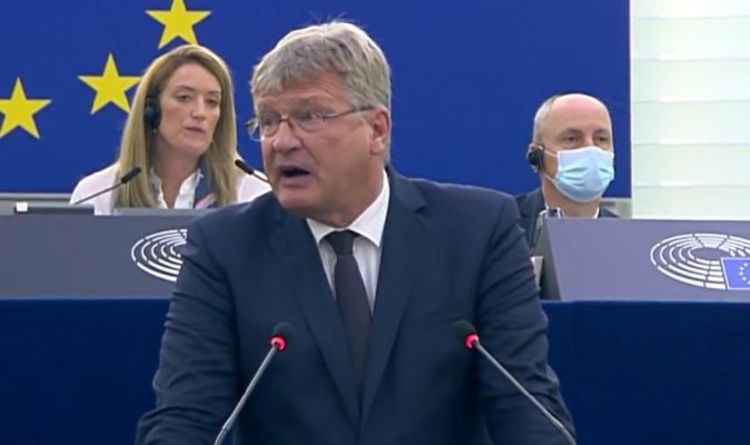 German economist serving as Federal spokesman for Alternative for Germany Jörg Meuthen raged at European Commission President Ursula von der Leyen. Mr Meuthen argued the was trying to spend too much money as it recovered from . He took aim at the EU’s climate goals and the amount of money used in the recovery packages for member states.

He emphasised that this was taxpayer money and argued the EU should not be seeking more power to tell the people of Europe what to do.

Mr Meuthen said: “For EU citizens we don’t want soothing words about the state of the union.

“This green deal, fit for 55 and the recovery fund just means more centralisation and more absurd and pointless subsidization for more red tape in a democracy and telling people what to do. 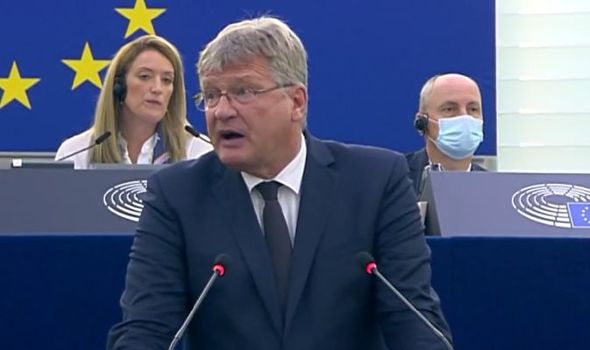 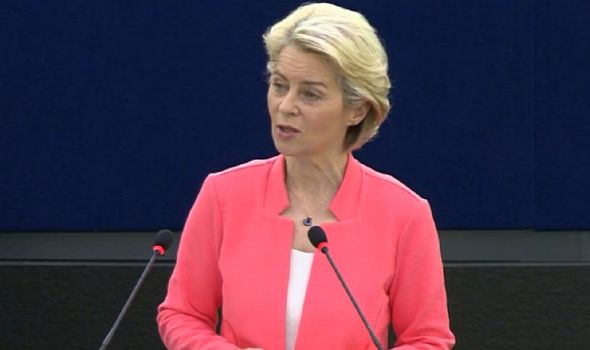 “This is being done through the hard-earned money of the citizens through taxes and through the EU raising money on the markets.

“This is actually a defacto socialist approach but saving Europe is not enough you want to save the world as well.

“You want to save the world’s climate, what hubris.”

“You also want to build up Europe again as if it had been destroyed by the pandemic, that was the case in the second world war but it is not the case now.” 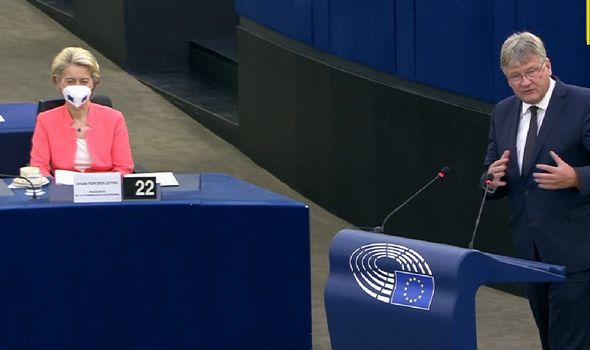 He said: “You don’t seem to mind because you have an insatiable desire to acquire more power and more control over people’s lives.

“Have you ever thought that the citizens of the EU just want one thing from the EU?

“They want to be left in peace, they want to keep their own hard-earned income instead of handing it over to this money-hungry administration in Brussels.

“Doing that instead of having it for their children for their future.

“When you talk about deals it would imply consenting parties.

“But what you are doing is an unparalleled attack against the economic foundations of our continent.”