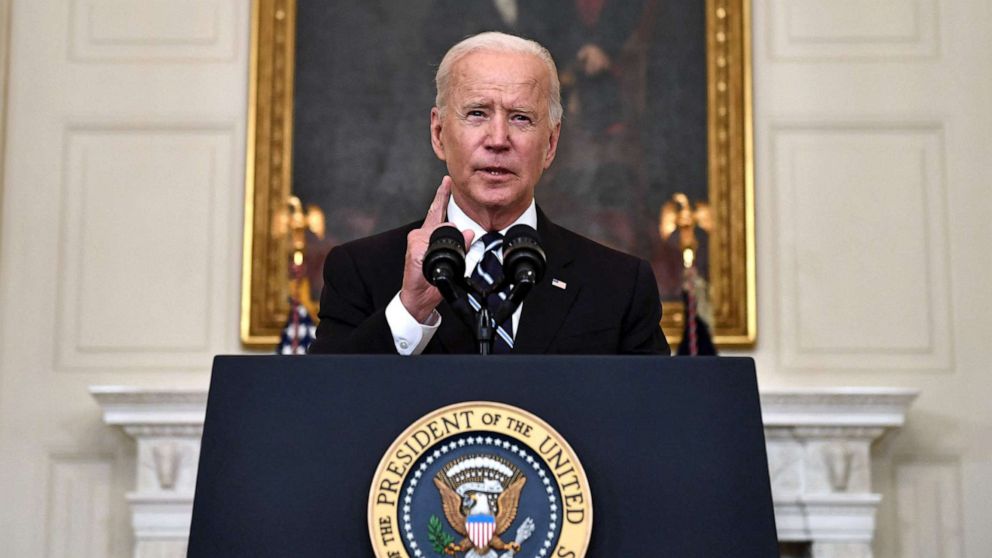 President Joe Biden announced on Thursday that federal government employees and contractors will now be required to be fully vaccinated against COVID-19, and the Occupational Safety and Health Administration will create a rule for private businesses with 100 or more employees to require their employees to be vaccinated or undergo weekly testing.

The requirements are part of Biden’s sweeping new six-part strategy to combat the delta variant, which was rolled out in remarks from Biden at the White House.

A senior administration official estimated that this new OSHA requirement will cover about 80 million workers and businesses that do not comply with the agency’s rule can face substantial fees — up to $14,000. OSHA will require these employers to offer paid time off for vaccination.

“My job as president is to protect all Americans,” Biden said before announcing the broad mandates.

As part of his effort to vaccinate the federal executive branch, the Department of Defense, the Department of Veterans Affairs, the Indian Health Service and the National Institutes of Health will complete implementation of their previously announced vaccination requirements that cover 2.5 million people.

This is an escalation of the president’s action in July calling for federal workers to attest to their vaccination status and submit to mitigation efforts if they are not vaccinated, such as mask usage and regular testing.

“We’re in the tough stretch and it could last for a while,” Biden said Thursday.

He also took aim at Republican officials who have worked to outlaw public health mandates in their states, like Texas Gov. Greg Abbott and Florida Gov. Ron DeSantis.

“To make matters worse, there are elected officials actively working to undermine the fight against COVID-19,” he continued. “Instead of encouraging people to get vaccinated and mask up, they’re ordering mobile morgues for the unvaccinated dying from COVID in their communities. This is totally unacceptable.”

The president also announced that the Transportation Security Administration’s interstate travel mask mandate will be extended through Jan. 18, the fine for noncompliance will double and health care facilities that receive Medicare and Medicaid reimbursement must require their employees to be vaccinated. This will cover about 17 million health care workers across the country.

Biden also appealed directly to unvaccinated Americans to do their part.

“My message to unvaccinated Americans is this: What more is there to wait for? What more do you need to see? We’ve made vaccinations free, safe, and convenient. The vaccine has FDA approval. Over 200 million Americans have gotten at least one shot. We’ve been patient, but our patience is wearing thin. And your refusal has cost all of us. So, please, do the right thing,” Biden said.

The largest federal law enforcement union FLEOA, pushed back on the president’s vaccine mandate, in a statement released Thursday.

“A mandate at this time only undermines these voluntary vaccination efforts and reduces public comfort in getting vaccinated,” President Larry Cosme said.

Speaking at her daily briefing Wednesday, White House press secretary Jen Psaki told reporters Biden would “outline the next phase in the fight against the virus and what that looks like, including measures to work with the public and private sector.”

She said he would be “building on the steps that we’ve already announced, the steps we’ve taken over the last few months, requiring more vaccinations, boosting important testing measures and more, making it safer for kids to go to school, all at a time when the American people are listening. Again, this will be six steps that we’ll work to be implementing over the months ahead.”

But besides ordering the nation’s 2.1 million federal employees and 1.3 million active duty service members get vaccinated, Biden has limited legal authority to institute a broad vaccine mandate for most Americans.

A recent ABC News/Washington Post poll showed Americans in August souring on Biden’s handling of the pandemic, with his approval rating for his handling or the response dropping 10 points from June, down to 52%

Biden’s remarks are scheduled for just 11 days before the administration is set to begin widely rolling out booster shots of Pfizer on Sept. 20, a process mired by confusion as some public health experts say the data doesn’t yet support the need for boosters.