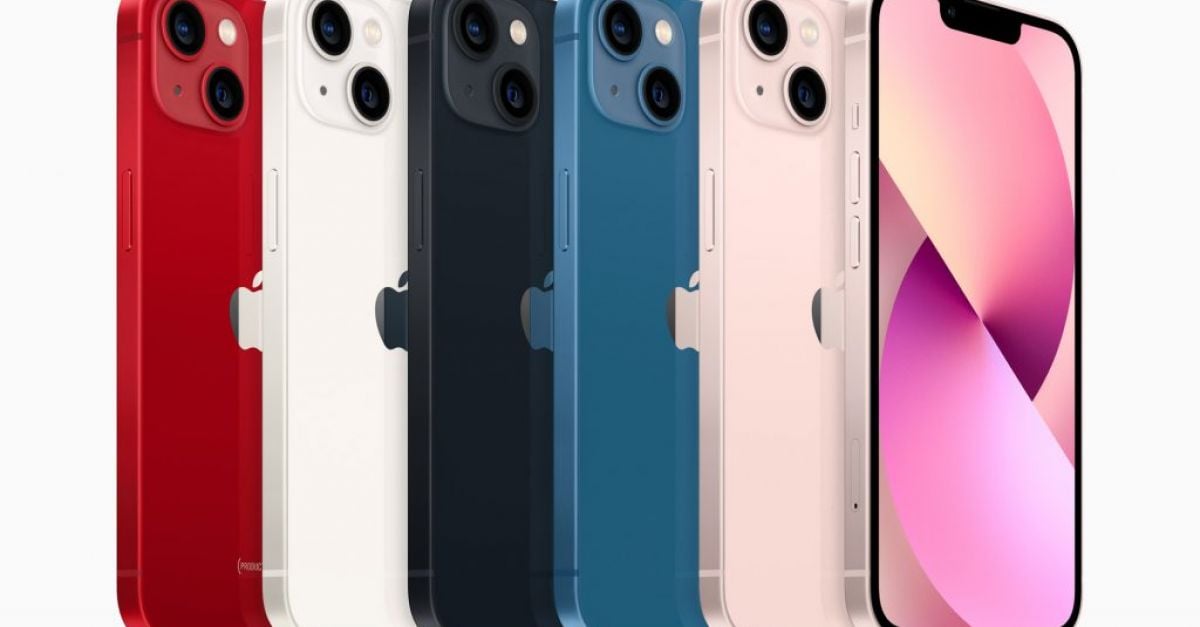 Apple has used its annual September event to reveal a number of major new products, including the iPhone 13.

Here is a closer look at all the key product announcements.

Apple’s original tablet is still going strong, and this latest update sees it given a new chip – the A13 Bionic – to boost performance by 20 per cent.

The new iPad has also been given a camera upgrade, with a new 12-megapixel ultra-wide front camera added, and the Centre Stage feature from the iPad Pro which automatically follows a user around the frame if they move while on a video call.

With a starting price of €399, the new iPad is also a very accessible tablet.

A complete redesign and substantial update for the smallest of Apple’s tablets, the new iPad mini is now all-screen so no Home button, and has the firm’s Liquid retina display too, which is up to 8.3 inches.

The Touch ID sensor has been added to the power button and the device has a USB-C charger for the first time as well. Like the new iPad, it also now supports Centre Stage and the Apple Pencil – two more firsts for the mini.

Furthermore, the mini now supports 5G for the first time.

Not given the dramatic redesign that had been rumoured in some parts, the new Apple Watch Series 7 instead hones what the wearable already does well.

The screen has been made larger and has become more rounded, along with the case, to create a more seamless device which Apple says has also made the watch more durable.

On that front, The Series 7 is IP6X dust resistant and remains WR50 water-resistant and so remains ready for pretty much any activity you can throw at it.

With more users now wearing their Apple Watch to bed to take advantage of sleep tracking – and therefore using up more battery life and wearing the device for longer – it will be good news to many that Apple has improved charging, making it 33 per cent faster so it takes less time to recharge.

Automatic bike exercise detection is also being introduced, as is fall detection for cyclists and the ability for the Watch to detect when an e-bike is being used.

For now, the Apple Watch Series 7 does not have a release date or confirmed price, but Apple says it will be available later in the autumn.

All four feature Apple’s latest chip, the A15 Bionic, which the company says provides faster computing and graphics performance than not just the iPhone 12 but any of Apple’s rivals.

Although all the devices look very similar to last year, the notch at the top of the screen has been made 20 per cent smaller to give more screen space, while on the 13 and 13 mini the dual camera lenses are now arranged diagonally.

And it is in the cameras where some of the most substantial changes have occurred.

The new Cinematic mode for shooting videos will enable anyone who picks up the phone to capture cinema-like videos with dramatic shifts of focus.

On the Pro models there is also the introduction of macro photography and the ability to capture macro slow-motion videos.

Away from the cameras, the two Pro models will support up to 12Hz refresh rates – which means smoother screen scrolling and has been a much-desired feature for iPhone users.

And across all four devices, Apple says it has added bigger batteries to ensure the iPhone 13 lasts longer on a single charge.

FM: DFI to be operational soon