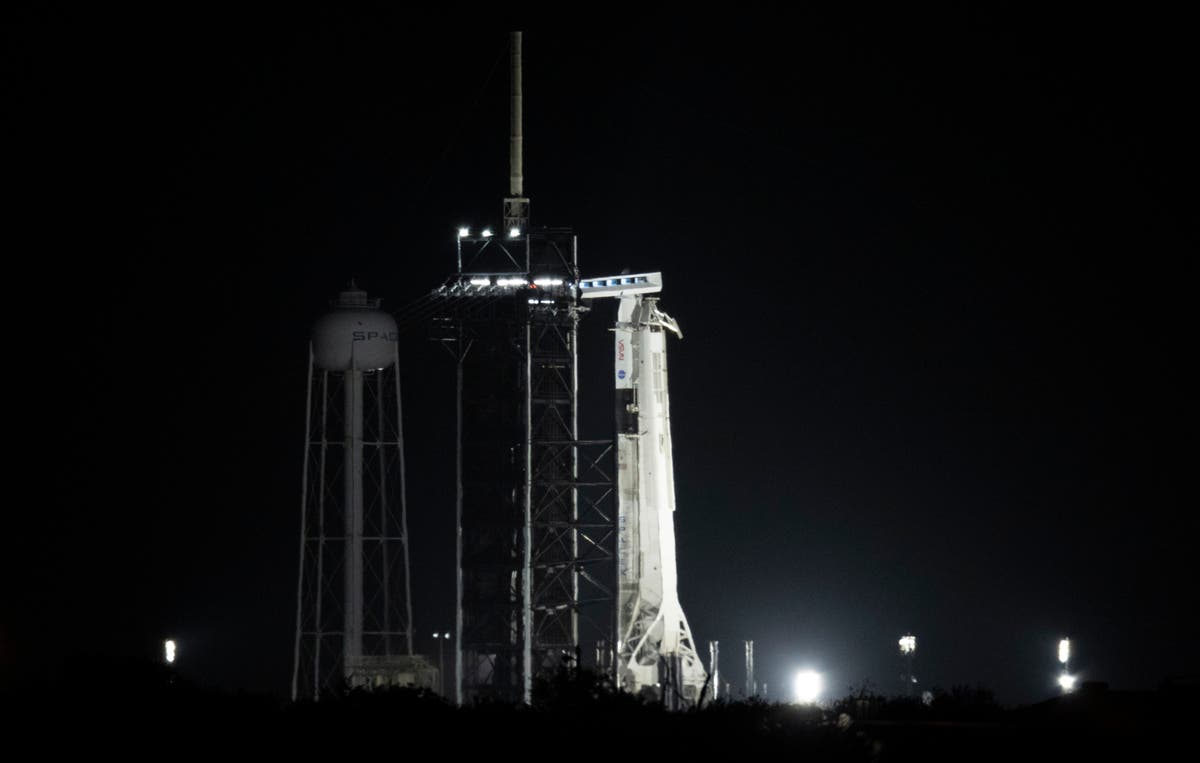 The crew of SpaceX’s Inspiration4, the first all-civilian spaceflight to orbit, will be used to collect a huge amount of health data that will be used to help future humans travel off-planet.

The mission, scheduled for 15 September, will orbit the planet at 575 kilometres for three days before returning to Earth, descending into the Atlantic Ocean. This is the furthest distance from Earth for any human spaceflight since the Hubble Space Telescope repair missions, SpaceX says.

The crew will collect a range of medical data including ECG (electrocardiograph) activity, movement, sleep, heart rate and rhythm, blood oxygen saturation, cabin noise and light intensity – which will be used to help assess changes in behavioural and cognitive performance over time.

Drops of blood will also be collected to monitor the function of the immune system, and balance and perception tests will be taken before and immediately after the flight to explore the humans’ response to change in gravity.

In collaboration with researchers at Weill Cornell Medicine, SpaceX will monitor the crew’s genetics, microbiomes, and other variables – with the samples and data cryogenically frozen in a planned Biobank.

Finally, the crew’s organ systems will be scanned via an artificially-intelligent ultrasound device, currently being tested by astronauts on the International Space Station, that provides guidance for non-medical experts. The aim is to determine how much ground support is necessary for the crew to acquire clinical-level images, as well as providing a timeline of biological changes pre- and post-flight.

SpaceX says all this research will have potential applications for human health on Earth and during future spaceflights.

Before the mission, the crew will have spent months in classrooms and simulators to learn the systems aboard the spacecraft, training for emergencies, and experiencing g-force.

“There’s north of 60 procedures that range from normal contingency to emergency,” Isaacman told Time. “In a multi-day mission there is a lot of time for a lot of things to go wrong.”

In an ideal situation, however, the spacecraft will work autonomously, “and if the automation doesn’t take care of a problem, then the ground is your next layer of defense,” said Doug Hurley, the commander of the first crewed SpaceX mission. The crew would only be required to take action if the craft failed to function and ground control could not solve the issue.

“In space you’ve got to trust and verify,” Hurley says. “​​But there’s no plans to do any more manual flying, unless there’s a need for it from a systems failure kind of scenario.”