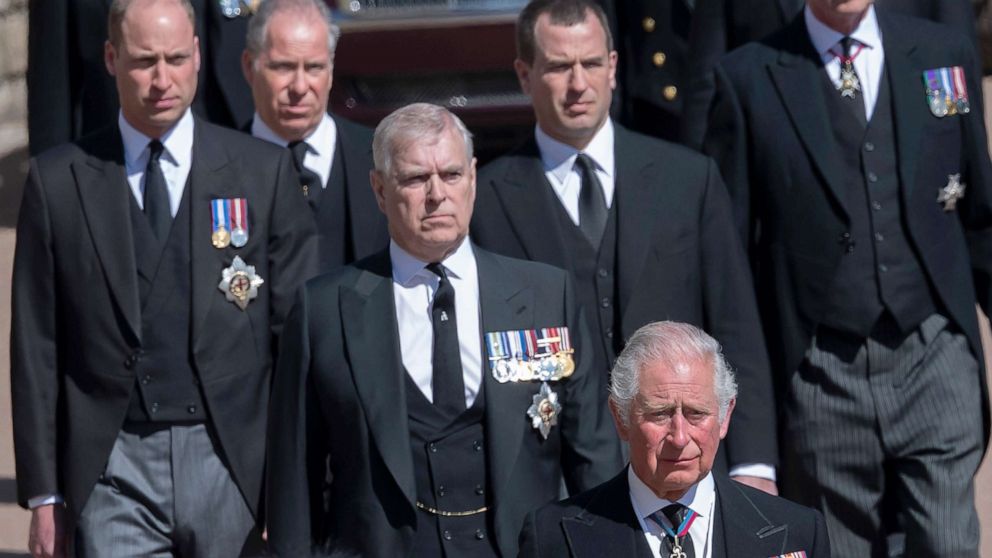 The anti-monarchy campaign group Republic has launched giant billboards across the U.K. with slogans questioning the British monarchy.

“Secretive. Divisive. Undemocratic. Abolish the monarchy,” read some, while others have pictures of Prince Andrew, captioned: “Wanted: a democratic alternative to the monarchy,” and “No one is above the law,” referring to the lawsuit filed against the prince in New York.

Virginia Giuffre is suing the prince for alleged sexual assault and Wednesday the U.K.’s High Court confirmed that it will assist Giuffre’s lawyers in serving the prince his papers.

Prince Andrew has long denied Giuffre’s allegations which first surfaced in 2014, telling the BBC in a 2019 interview “I’ve said consistently and frequently that we never had any sort of sexual contact.”

“The lawyers acting for Ms. Giuffre have now provided further information to the High Court, and the High Court has accepted the request for service under the Hague Service Convention,” a representative for the High Court told ABC News in a statement.

“To put ads up like this isn’t a cheap exercise and it shows that Prince Andrew’s scandal, the disquiet caused by Meghan and Harry and the cash-for-honours controversy involving Prince Charles means that the anti-monarchist groups are gaining traction in this country as well as financial backing,” said Jobson.

The cash-for-honors controversy which Jobson refers to emerged this month after two British papers, The Sunday Times and The Mail uncovered evidence they claim shows a close aide of Prince Charles’ agreed to arrange an honor and faster access to British citizenship for a Saudi businessman after he donated generously to the prince’s charities.

Prince Charles denies any involvement in this matter. Clarence House released a statement saying: “The Prince of Wales has no knowledge of the alleged offer of honours or British citizenship on the basis of donation to his charities and fully supports the investigation now under way by The Prince’s Foundation.”

“I don’t think it’s a danger to the monarchy but this is a sign that this is damaging their public image. After all, the monarchy is an unelected institution that requires public support for its very existence,” Jobson added.

“These billboards are expensive so Republic’s backers have had to put their hands in their pocket,” Jobson said.

Republic has set up a crowdfunding page which has so far made £25,000 (approximately $34,000 USD) to pay for the billboards which are now posted throughout the U.K. including in London, Edinburgh, Cardiff and other cities.

The group says its launching this campaign in advance of Charles’ accession to the throne. “With polls showing young people wanting an elected head of state, the succession of King Charles will be a major turning point in the monarchy’s history and in the growth of Britain’s republican movement,” Graham Swift, Republic’s chief executive, is quoted as saying on the group’s website.

“We have been campaigning for the abolition of the monarchy for a long time but now we are at a crossroads. As the Queen’s reign draws to an end, it is time to demand a say in who should be our head of state,” Smith added.

“The royals are on a collision course with British values. The 2020s should be the decade when we finally get to decide who we have as our elected head of state,” Smith’s statement also reads.

The monarchy remains popular in the U.K., however. A recent Ipsos poll taken after the March interview involving Oprah Winfrey, Prince Harry and Duchess Meghan, showed 41% of British people polled said that Britain’s future would be worse with the monarchy abolished. Thirty-one percent said its abolishment would make no difference, and only 19% said ending the monarchy would be better for Britain’s future.

The poll also showed that Queen Elizabeth remains the most popular royal with 40% choosing the queen as one of their favorite members of the royal family. Prince Charles ranked at 11% favorability, and Prince Andrew, at 2%.

“The Queen regularly tops the polls as the most popular member of the family” Jobson said, “and at this moment of transition between her and Charles obviously the anti-monarchy groups are trying to exploit the Prince of Wales’ comparative unpopularity and the uncertainty that the end of her reign will bring.”