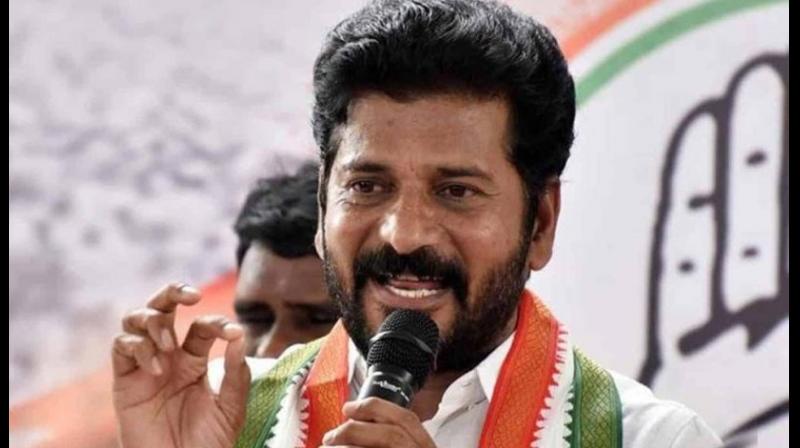 HYDERABAD: Demanding a detailed probe into the alleged massive-scale corruption of Chief Minister K. Chandrashekhar Rao and his family members, Telangana Pradesh Congress Committee (TPCC) president and Lok Sabha MP A. Revanth Reddy on Wednesday said he was “ready to handover evidence of corruption and irregularities in the construction of power projects, PPAs, irrigation projects, grant of mining lease and land dealings of the Kavakuntla family to Union home minister Amit Shah, if he gives us an appointment.”

Revanth Reddy also demanded the formation of a Central Special Investigation Team (SIT) to probe into the activities of the drugs mafia in Telangana.

To press for the demand for a probe into the alleged corruption of CM KCR and his family members, the Congress party has sought an appointment with Union home minister Amit Shah during his visit to Telangana on September 17.

Mr Reddy said that while state BJP leaders, including Union minister G. Kishan Reddy, State BJP president Bandi Sanjay and others often claim that BJP-led Central government would send KCR to jail for corruption, their statements had so far been proven to be just “hollow threats”.

Revanth Reddy said that Union home minister would also be reminded about the pending cases against CM Rao in the ESI Hospital and Sahara scams. He hoped Amit Shah would give an appointment to the Congress delegation.

He said that the Congress party has given several complaints to the Centre, along with preliminary evidence, against CM Chandrashekar Rao’s corrupt practices. However, the BJP government at the Centre had never initiated any action or even ordered a probe.

Revanth Reddy said the TRS government’s negligence in preventing the rise in consumption of liquor, ganja and other drugs was primarily responsible for the increase in crime rate in Hyderabad, especially in heinous crimes.

Addressing a press conference at Gandhi Bhavan, Revanth Reddy said that a Central SIT, comprising officials from the Central Bureau of Investigation (CBI), the Narcotics Control Bureau (NCB), the Enforcement Directorate (ED), the Directorate of Revenue Intelligence (DRI), Union and state home departments, Prohibition and Excise department of Telangana and other related agencies must probe into the drugs case.

He demanded that such a Central SIT should conduct a detailed probe in a time-bound manner under the supervision of the High Court.

Revanth claimed that liquor consumption has almost tripled since the formation of Telangana, while the consumption of ganja and other drugs has become common among youth, including college students. He said most crimes like the rape and murder cases in Warangal, Bhongir, Shadnagar and now Singareni Colony, according to police, were committed under the influence of liquor and drugs. As per the National Crimes Bureau, crimes against women have increased after the formation of Telangana, especially due to rise in consumption of liquor and drugs.

He said that if the SIT was reluctant to place information in the public domain, then it should give all such details in a sealed cover to the court. He alleged that CM Rao was trying to shield those involved in the drug mafia. He said some TRS leaders were named in drugs cases that surfaced in Bengaluru and Goa.

Join us on Google News to keep up to date with the latest news
Tags
a. revanth reddy chief minister k. chandrashekhar rao drugs mafia