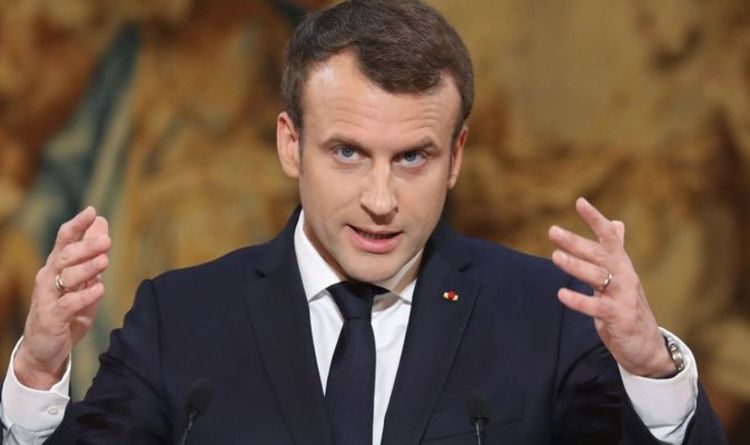 As part of the agreement Australia committed to building nuclear submarines with US/UK help, ending a previous multibillion-dollar order with a French company.

This move sparked furious reaction in Paris, with the French foreign minister branding it a “stab in the back”.

In a statement the French foreign minister said: “At the request of the President of the Republic, I have decided to immediately recall our two ambassadors to the United States and Australia to Paris for consultations.

“This exceptional decision is justified by the exceptional gravity of the announcements made on 15 September by Australia and the United States.

“The abandonment of the ocean-going class submarine project that had linked Australia to France since 2016, and the announcement of a new partnership with the United States aimed at launching studies on a possible future cooperation on nuclear-powered submarines, constitute unacceptable behaviour between allies and partners, the consequences of which affect the very conception we have of our alliances, our partnerships and the importance of the Indo-Pacific for Europe.”

This is the first time France has withdrawn its ambassador from the United States since the country declared independence in 1776.

The statement pointedly didn’t mention the UK, which also signed up to the AUSUK alliance.

International observers were stunned by the move, and expressed their shock on Twitter.

The BBC’s Yalda Hakim said: “Extraordinary that this would happen.

“France is furious, says it wasn’t even informed and described the deal as a stab in the back.”

Portuguese analyst Bruno Macaes wrote: “So France recalls its ambassador to Washington not under Trump but under Biden. Irony of history as Niebuhr would say.”

Darren Grimes, a prominent young Brexit activist, tweeted: “France throws its toys well and truly out of the pram.”

The new alliance between the UK, US and Australia was announced on Wednesday by Joe Biden, Boris Johnson and Scott Morrison.

In a joint statement the three leaders said: “Through AUKUS, our governments will strengthen the ability of each to support our security and defence interests, building on our longstanding and ongoing bilateral ties.

“We will promote deeper information and technology sharing. We will foster deeper integration of security and defence-related science, technology, industrial bases, and supply chains.

“And in particular, we will significantly deepen cooperation on a range of security and defence capabilities.

“As the first initiative under AUKUS, recognizing our common tradition as maritime democracies, we commit to a shared ambition to support Australia in acquiring nuclear-powered submarines for the Royal Australian Navy.”

According to French sources Paris hadn’t been informed in advance.

French foreign minister Jean-Yves Le Drian said: “It was really a stab in the back.

“We built a relationship of trust with Australia, and this trust was betrayed. This is not done between allies.”