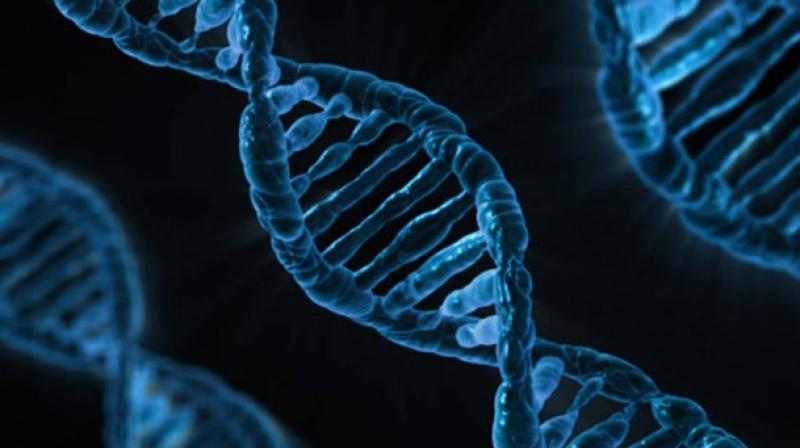 Hyderabad: A Centre for Cellular and Molecular Biology (CCMB) study has found that Y chromosome regulates genes on other chromosomes that are involved in male reproduction, which was earlier considered only to determine sex of the species.

The study carried out in mice showed that Y chromosomes have striking novel regulatory functions that are specifically required in reproduction.

The study published in BMC Biology shows that Y chromosomes also give rise to a class of small RNAs called piRNA. This is the first report from piRNA.

Prof. Rachel Jesudan, advisor-researcher for Department of Genetics, Osmania University, said "Genes making multiple copies and mutating are drawing a lot of attention during the Covid pandemic. The multiple copies made by the Y chromosome in mice is generating interest as it is a part of the evolution process. For this reason, this study has got scientists abroad very excited."

The earlier study of Y chromosomes on humans showed sex-specific repeats to regulate reproduction. It was considered an important protein-coding RNA transcribed from chromosome number 1. By consolidating the study on humans and mice, researchers have concluded 'we see a more pervasive regulation of genes associated with reproduction by Y chromosome'.

Prof. Jesudan adds "As species evolve, these repeats of chromosomes also evolve. Gradually they are no longer able to regulate their reproduction. These repeats play a central role in the identity and evolution of species. It is similar to how we are presently studying different mutations of SARS-CoV-2 virus to understand the different variants emerging from it. Unlike the virus, species and human evolution takes time."