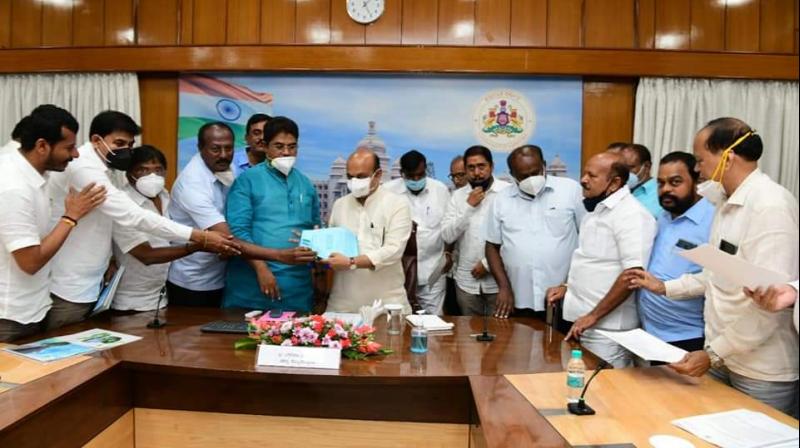 Bengaluru: Karnataka Chief Minister Basavaraj Bommai on Tuesday hinted at BJP joining hands with the JD(S), to gain control over the Kalaburagi city corporation, as the polls there threw up a hung verdict.

"There were no detailed discussions, I told them (JDS) let's go together. They will also talk to local leaders and decide. They have shown interest in working together in the corporation, and most probably BJP and JD(S) together will form a majority in Kalaburagi (city corporation)," Bommai told reports in response to a question on any discussion with the regional party leaders, who had met him on Monday.

In the results for urban local body polls that were announced on Monday, BJP swept the Belagavi city corporation, but failed to cross the majority mark in its bastion of Hubballi-Dharwad and finished second in Kalaburagi.

While in Hubballi-Dharwad, where the BJP is short of three to reach the halfway mark of 42, the party is confident of coming to power, as it has three MLAs, two MLCs and an MP to up its tally.

The saffron party, however, will need JD(S)' support to gain control in Kalaburagi, where Congress ended up as the single-largest party by winning 27 out of the 55 seats, while the BJP won 23, JD(S) four and one Independent.

A delegation of JD(S) legislators led by their leader H D Kumaraswamy on Monday had met Chief Minister Bommai regarding various issues concerning constituencies represented by them.