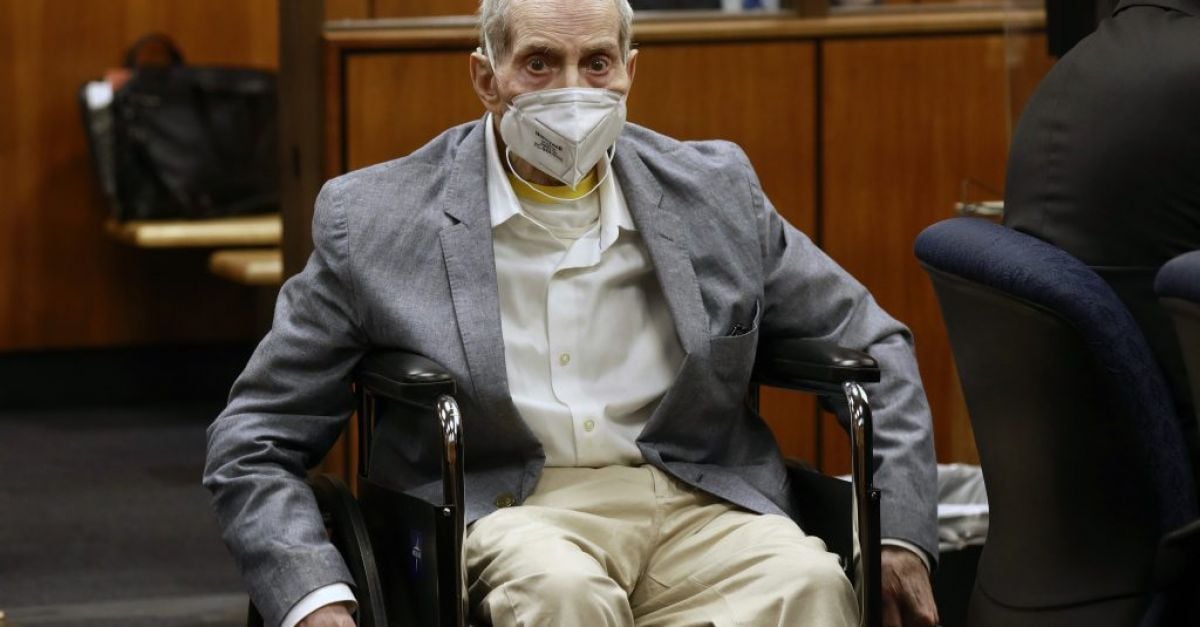 A Los Angeles jury on Friday convicted millionaire Robert Durst of murdering his best friend 20 years ago in a case that seized the attention of the public and provided years of fodder for New York’s tabloids.

The New York real estate heir, who faces a mandatory life term without parole when sentenced on October 18, was convicted of the first-degree murder of Susan Berman.

She was shot at point-blank range in the back of the head in her Los Angeles home in December 2000 as she prepared to tell police how she helped cover up Durst’s wife’s killing.

Ms Berman, the daughter of a Las Vegas mobster, was Durst’s long-time confidante who told friends she provided a false alibi for him after his wife vanished.

Durst, 78, was not in court for the verdict from the jury that deliberated for some seven hours over three days. He was in isolation in prison after being exposed to a person with coronavirus.

Prosecutors painted a portrait of a rich narcissist who did not think the laws applied to him and ruthlessly disposed of people who stood in his way.

They interlaced evidence of Ms Berman’s killing with Kathie Durst’s suspected death in 1982 and the 2001 killing of a tenant in a Texas flophouse where Robert Durst holed up while on the run from New York authorities.

The saga took on new life after the New York real estate heir participated in a documentary that connected him to Ms Berman’s killing.

Durst was arrested in 2015 while hiding out in a New Orleans hotel on the eve of the airing of the final episode of “The Jinx: The Life and Deaths of Robert Durst”, in which he was confronted with incriminating evidence and made what prosecutors said was a confession.

Durst could be heard muttering to himself on a live microphone in a bathroom: “There it is. You’re caught.”

Durst’s decision to testify in his own defence — hoping for a repeat of his acquittal in the Texas killing — backfired as he was forced to admit lying under oath, made damning admissions and had his credibility destroyed when questioned by the prosecutor.

Defence lawyer David Chesnoff said Friday they believed there was “substantial reasonable doubt” and were disappointed in the verdict. He said Durst would pursue all avenues of appeal.