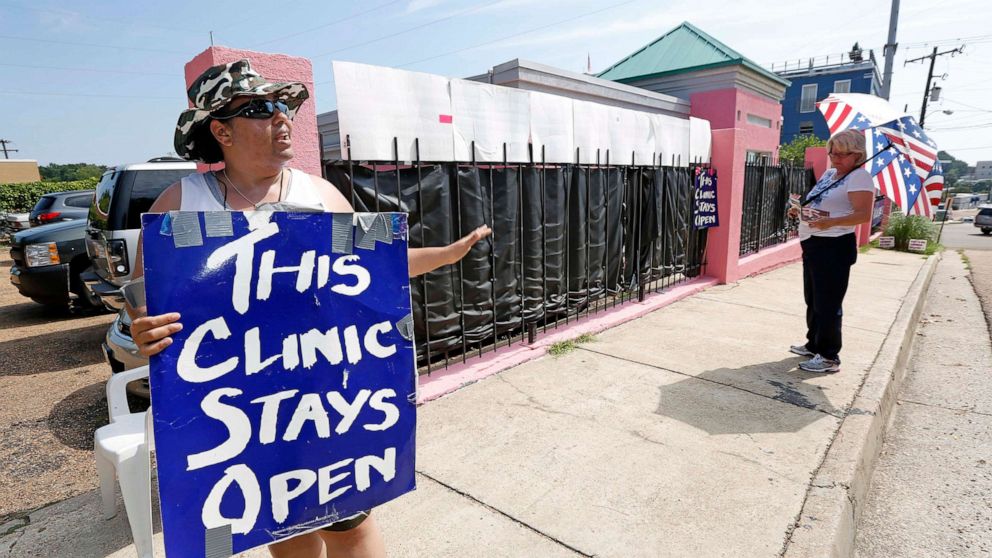 The lone abortion clinic in Mississippi is warning the U.S. Supreme Court that any move to undermine a half century of legal precedent affirming abortion rights would diminish the court’s credibility and lead to a national “upheaval” with sweeping consequences for millions of American women.

“People would be harmed, and chaos would ensue, even in states that claim not to be prohibiting abortion directly,” attorneys for Jackson Women’s Health wrote the court in a brief filed Monday.

The court later this year is expected to revisit a pair of longstanding but controversial decisions that have allowed states to regulate — but not ban — abortions before fetal viability, which is around 23-24 weeks, according to medical experts.

Mississippi passed a law in 2018 attempting to ban all abortions after 15 weeks, but lower courts blocked the measure citing Supreme Court precedent from Roe v. Wade in 1973 and Planned Parenthood v. Casey in 1992.

The state has asked the justices to overturn those decisions.

“Unless the court is to be perceived as representing nothing more than the preferences of its current membership, it is critical that judicial protection hold firm absent the most dramatic and unexpected changes in law or fact,” attorneys for the abortion providers wrote the court.

“Two generations (of women) — spanning almost five decades — have come to depend on the availability of legal abortion, and the right to make this decision has been further cemented as critical to gender equality,” they wrote.

The appeal comes on the heels of the court’s 5-4 decision this month allowing Texas to effectively ban most abortions across the state, despite what the majority called “serious questions” about the constitutionality of the law.

“While Texas is circumventing Roe and the Constitution, Mississippi is openly asking the court to overturn Roe,” said Nancy Northup, president and CEO of the Center for Reproductive Rights, which is representing Jackson Women’s Health and is leading the legal challenge against SB8 in Texas.

“If the court grants Mississippi’s request to overturn Roe, large swaths of the South and Midwest — where abortion is already hard to access — will eliminate abortion completely,” she said.

Eleven states have passed so-called “trigger laws” that would immediately ban all or nearly all abortions if Roe were overturned, according to the Guttmacher Institute.

At the heart of the Mississippi case is a delicate balance the court has attempted to strike in its decisions over the years between a woman’s individual liberty and a state’s interest in protecting an unborn fetus.

The line devised by the court has been viability.

“Before that point, the court concluded, no state interest is strong enough to outweigh the woman’s liberty interest in deciding whether to carry her pregnancy to term,” attorneys for Jackson Women’s Health explained in their brief.

Mississippi has advocated for jettisoning the viability standard but, critics said, not proposed a clear alternative for the court to adopt instead.

“Scientific advances show that an unborn child has taken on the human form and features months before viability. States should be able to act on those developments,” the state told the court in July. “But Roe and Casey shackle states to a view of the facts that is decades out of date.”

Mississippi Attorney General Lynn Fitch, in a statement responding to the Jackson Women’s Health filing, argued that the court’s current standard as become “flawed and hopelessly unworkable precedent” and said the justices should give states greater deference in “address(ing) abortion policy in a way that empowers women and promotes life.”

Approximately 100 women per year in Mississippi seek abortions after 15 weeks, the clinic said in court documents. Jackson Women’s Health only performs abortions up to 16 weeks.

Attorneys for the clinic urge the justices to consider the human toll on millions of American women should they uphold the law or abolish Roe. They say forcing women to continue an unwanted pregnancy puts them at higher risk of health complications, emotional harm and financial strain.

“Accepting Mississippi’s request to abandon the viability line would turn back the clock for generations who have never known what it means to be without the fundamental right to make the decision whether to continue a pregnancy,” they write. “Until viability, a state may regulate, but not ban, abortion.”