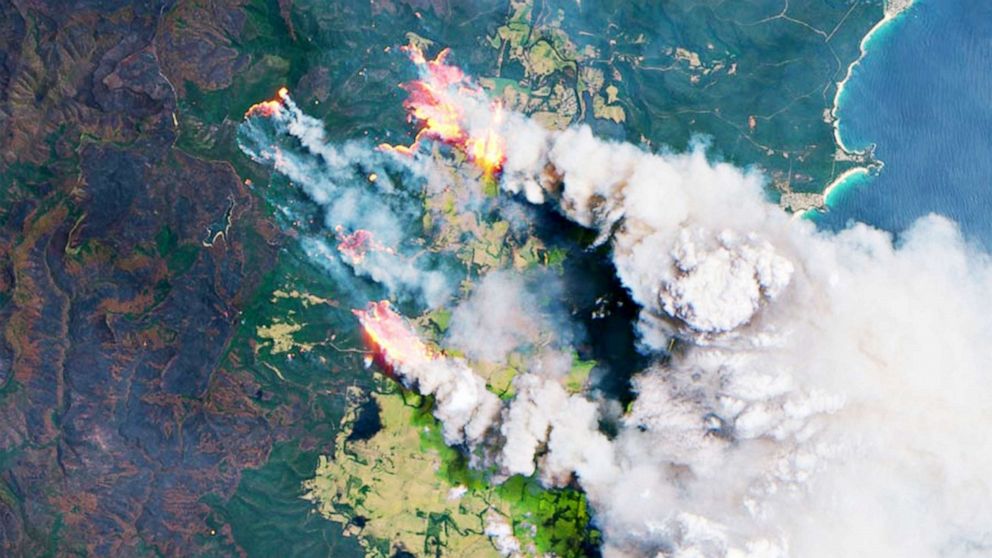 The catastrophic wildfires that ravaged Australia during the continent’s 2019-20 summer were some of the worst in the country’s history. Now scientists have found these blazes may have released far more of the global warming gas carbon dioxide than previously thought, and discovered the first conclusive link between wildfire smoke and major plankton blooms in the ocean.

Australia’s so-called Black Summer witnessed the burning of roughly 74,000 square kilometers of eucalyptus forests, an area nearly as large as the country of Syria. Researchers suspected the blazes released large amounts of carbon dioxide into the atmosphere, but remained uncertain exactly how much.

By examining high-resolution satellite measurements of carbon monoxide concentrations after the wildfires, environmental research scientist Ivar van der Velde at Vrije Universiteit Amsterdam and his colleagues inferred fire-triggered carbon dioxide emissions based on previously observed ratios between carbon monoxide and carbon dioxide emissions. They estimated the blazes unleashed about 715 million metric tons of the global warming gas from November 2019 to January 2020. This was more than twice the amount previously estimated, surpassing Australia’s normal annual fire and fossil fuel emissions by 80%.

“Given current global warming trends, we say it is quite possible that the frequency, duration and magnitude of wildfires in southeast Australia, and perhaps elsewhere, will only increase in the future,” van der Velde said. “This will contribute to an even faster rise in carbon dioxide levels than anticipated.”

In addition, by analyzing satellite observations, robotic ocean floats and atmospheric chemistry data from research stations, researchers tracked the spread of aerosols from the wildfires. They discovered iron-laden nutrients in the smoke-fertilized marine algae in the Southern Ocean thousands of kilometers downwind of the fires. This led to plankton blooms so intense and extensive that the associated rise in photosynthesis may have temporarily offset a significant fraction of the blazes’ carbon dioxide emissions.

Major wildfires such as those raging not only in Australia but also in the western United States, Siberia, the Amazon, the Mediterranean and elsewhere are projected to occur more often with climate-change-driven droughts and warming, said biogeochemist Weiyi Tang at Princeton University. In the future, research vessels downwind of such fires can investigate how the oceans may respond — if the carbon emissions the algae absorb get safely buried in the deep, or if the plankton quickly release it back into the atmosphere, Cassar said.

Van der Velde, Tang, Cassar and their colleagues detailed their findings in two studies online Sept. 15 in the journal Nature.