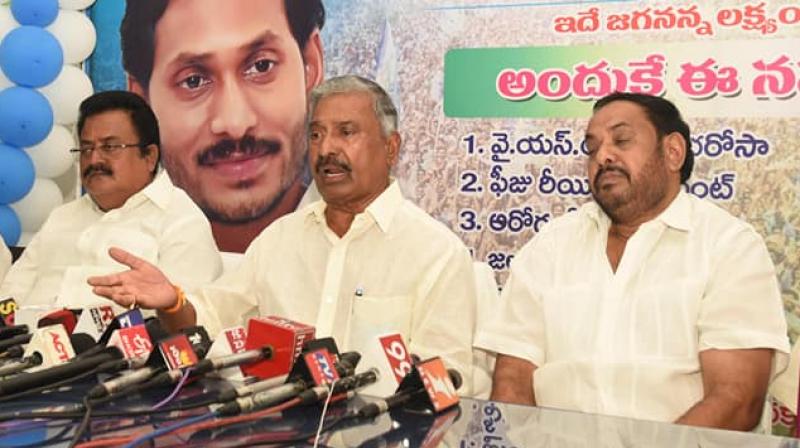 TIRUPATI: Asserting that the YSR Congress party candidates posted impressive victories in the MPTC and ZPTC elections, Panchayat Raj Minister Peddireddy Ramachandra Reddy claimed that the 'beginning of the end' has arrived for the Telugu Desam party.

Speaking to the media here on Sunday, the Panchayat Raj and rural development minister said the YSRC’s victory in these elections is seen as a “vote for good governance” which is mainly welfare-oriented. Chief minister Jaganmohan Reddy has gained people's trust by fulfilling the party’s election promises, the minister said, adding, the people’s verdict has come as a “deadly blow” to the Telugu Desam.

“Chandrababu Naidu and his partymen always criticises the YSRC government’s well-intended welfare schemes and create legal hurdles for development. They also spread rumours that the government is pushing the state into a debt trap. But today’s verdict is a clear indication of the voters’ acceptance of the Jagan-led administration in AP,” he said.

The minister alleged that the TD, with the help of former SEC, has indulged in several political conspiracies in relation to local body polls. The former SEC has postponed local body polls citing Covid as a reason only to favour the TD. As the results of the local body polls made it clear that the people are against the TD, Naidu started a new drama to boycott the MPTC and ZPTC polls, anticipating a humiliating defeat, he said.

“Yet, TD candidates have contested in a majority of seats and faced humiliating defeats. Even the people of Kuppam, Naidu’s constituency, lost faith in the TD chief. This is evident from the TD winning only 2 MPTC seats in Kuppam mandal,” he said.

The minister said YSRC supporters had also won 74 of the 89 panchayats in Kuppam in the panchayat polls.