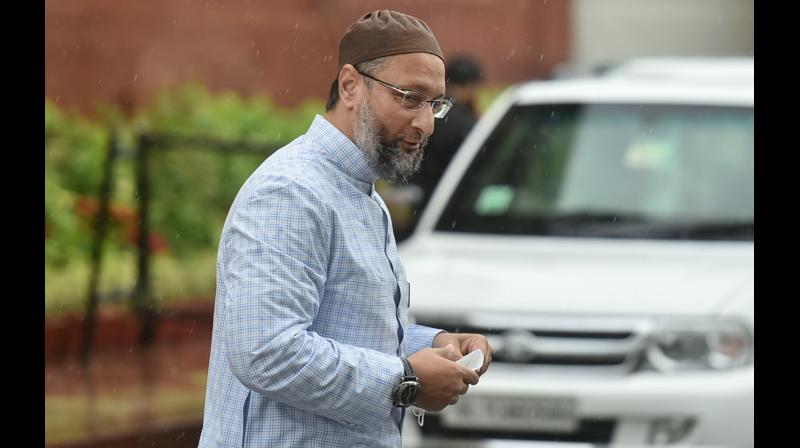 Hyderabad: AIMIM president Asaduddin Owaisi on Saturday downplayed BJP's assertions that it will come to power in Telangana in the next assembly elections, saying the national party has suffered electoral setbacks in certain recent polls in the state. Owaisi, who described BJP's win in the Greater Hyderabad Municipal Corporation polls late last year as a "pyrrhic victory", said the party was nowhere when Telangana and Hyderabad were badly affected by the COVID-19 second wave, "which came due to the mistakes of the Narendra Modi government."

BJP's sitting MLC was defeated in an election and the saffron party lost its deposit in the bypoll held to Nagarjuna Sagar assembly constituency, he said.

"It is their democratic right to fight an election. Every party should fight. People of Telangana will give answer," he told reporters.

His reaction came when asked for his response on Union Home Minister Amit Shah's comments in a public meeting in Telangana on Friday that the BJP would form the government in the next assembly elections in the state. On reports that the US was pushing to extend a United Nations waiver on a travel ban against the Taliban, he demanded to know whether the NDA government "will follow the US diktats" or take and independent stand as it now heads the UN Sanctions Committee.

On the Prime Minister's comments that radicalization is a challenge to peace, he said Modi should also take note of alleged incidents of mob lynching "in the name of cow" or "in the name of religion", some people calling Nathuram Godse a "saviour" and the Chief Minister of the "biggest state of our country" saying "abba jaan".