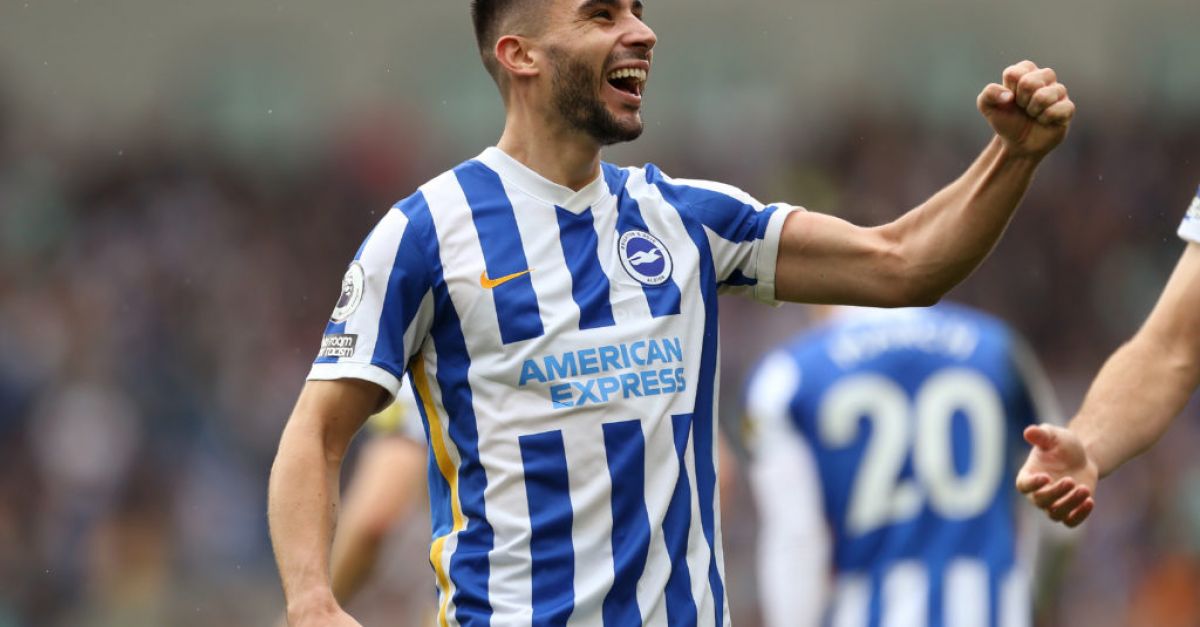 Brighton maintained their impressive start to the Premier League season with a hard-fought 2-1 win over Leicester at the Amex Stadium.

The Seagulls found themselves on the right side of VAR throughout the game as Leicester had two equalisers ruled out in the final stages, with Harvey Barnes judged to be offside and obstructing the goalkeeper on both occasions.

Neal Maupay put the hosts ahead from the penalty spot in the 35th minute, sending Kasper Schmeichel the wrong way, and Danny Welbeck doubled Brighton’s lead just after the break with a well-timed header.

However, after going two goals behind, it was Leicester who dominated, with Jamie Vardy pulling one back just after the hour mark with his 150th goal for the club on his 250th Premier League appearance.

The Foxes kept the pressure on in the final minutes of the game but were unable to find the leveller.

Brighton had the best of the early chances, including when Maupay was fed through by Marc Cucurella, but his shot was blocked and deflected over the crossbar.

Solly March also had an opportunity to break the deadlock after being played in by Joel Veltman but his low drive was saved by the legs of Schmeichel.

A penalty decision from Stuart Atwell handed the home side the breakthrough they had threatened from the start.

The ball into the box was headed by Shane Duffy and struck Jannik Vestergaard’s hand at close range, with the referee pointing to the spot after a discussion with his assistant.

VAR then upheld the decision before Maupay scored from the spot to claim his third goal of the season.

Leicester looked marginally more threatening after the break and Vardy capitalised on a loose ball only to drag his shot wide of the target.

The free-kick was put into the box from Leandro Trossard and Welbeck timed his run, lost Vardy who appeared to be marking him, and jumped well to nod into the back of the net.

Leicester halved the deficit just after the hour mark, with substitute Ademola Lookman playing a clever back-heeled one-two with Youri Tielemens who sent in a well-timed ball to the back post which was calmly slotted into the net by Vardy.

The visitors appeared to have secured an equaliser when Lookman scuffed a volley into the back of the net, but it was ruled out.

The assistant referee had raised his flag for offside with VAR upholding the decision, with Barnes in the line of sight of goalkeeper Robert Sanchez and was offside as the ball came in to the former Fulham player.

Caglar Soyuncu headed wide inside the box with just over 10 minutes remaining as Leicester kept the pressure on in search of a leveller, with Barnes also having a shot deflected onto the bar.

Leicester looked to have equalised for a second time, only for Wilfred Ndidi’s header to be ruled out for another offside from Barnes, who was ruled to be obstructing Sanchez for a second time.